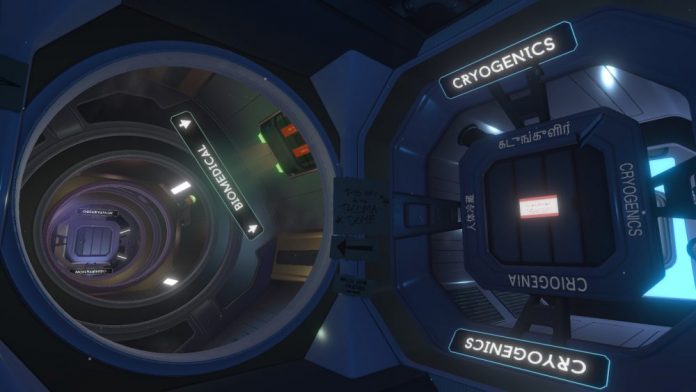 Tacoma might be science fiction, but it’s one of the most human stories the genre has ever told.

From Fullbright, the team that brought us Gone Home, Tacoma is another narrative driven adventure that you might classify in the ‘walking simulator’ genre. While there isn’t much in the way of action or problem solving however, the depth of Tacoma makes it feel much more than the sum of its parts. It’s a rich, involving experience, and while you, as the player, often feel like a passenger being taken for a ride, it’s a ride that will grip you to to your seat from beginning to end.

Although I wasn’t the biggest fan of Gone Home, I appreciate the style of storytelling that Fullbright chose to go for in its game, and so have been looking forward to getting hands on with the team’s next project. I wasn’t disappointed. Tacoma takes the narrative and exploration elements developed in Gone Home and turns them up to eleven. It’s a very different game in every way, and it’s all the better for it.

There are similarities too, though. Gone Home builds its very simple, grounded plot around suspense — you never quite know what’s waiting for you around any corner — and Tacoma feels very similar in that respect. As the game starts, you’ve no idea what’s in store for you, and it’s not until you’ve spent a great deal of time exploring and taking in your surroundings that any kind of narrative begins to form.

Set in the year 2088, Tacoma takes place on a space station of the same name. Playing as a young woman called Amy, you’re sent on a mission to visit the space station and gather some data. You’re told very little about why you’re there, but as you follow your directives and move from area to area within the station, you’ll slowly uncover a fascinating, touching and sometimes harrowing story about Tacoma and the six crew members who have spent the last year of their lives living there. 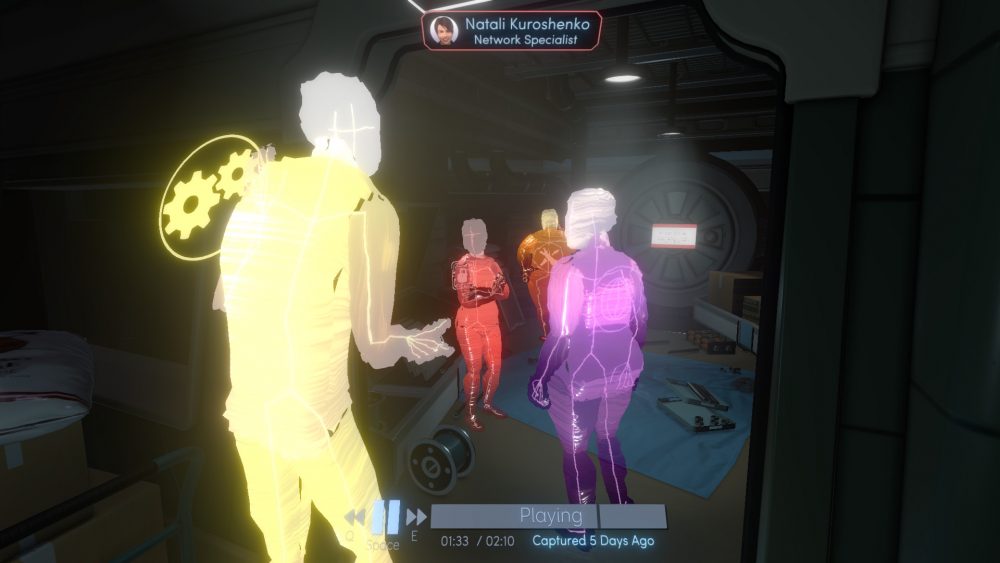 Although it’s set in deep space, Tacoma isn’t a science fiction story. Sure, there are futuristic and sci-fi elements that the plot revolves around, but the heart of Tacoma‘s narrative is about its people. The story unfolds as Amy discovers AR recordings of the crew’s movements around the space station. Through these recordings, you’ll discover details about the crew’s life and relationships, both on and off the ship. You’ll learn about their relationships with each other, and about their families and struggles back home.

There’s also a wealth of computer logs, written notes, photographs and trinkets to uncover as you progress through the game too; you can interact with almost everything you find, and many interactables will give you a greater understanding of Tacoma‘s story. Basically, if you don’t spend time paying attention to the little details, you’ll miss out on a great deal of what the narrative has to offer.

The characterisation of each member of the crew is almost perfect. There’s a brilliant cross section of culture and lifestyle, which in part feeds into The Fullbright Company’s imagining of the future: this is a game set in 2088, and although the game exists in the vacuum of a space station some thousands of miles away from earth, a larger picture of the state of the world is touched upon. Tacoma incorporates a hell of a lot of detail that isn’t integral to the story but helps create a very rich and meaningful world — and it’s all detail that helps develop each character as a real person with their own history and a story to tell.

It’s beautiful too; Tacoma breathes life in every possible direction; and although it’s desolate as you explore its futuristic corridors and living quarters, there are signs of civilisation everywhere. A great deal of work has gone into the small details of designing the space station — from the hand-written notes of the crew members to photographs propped up on workstations and bedside cabinets, everything looks and feels real. The fantastic level of detail that’s gone into the visuals helps immerse us into this space-age story of human life and love. Just like the house in Gone Home felt like a real family home, Tacoma feels just like we’d imagine a lived-in space station would. 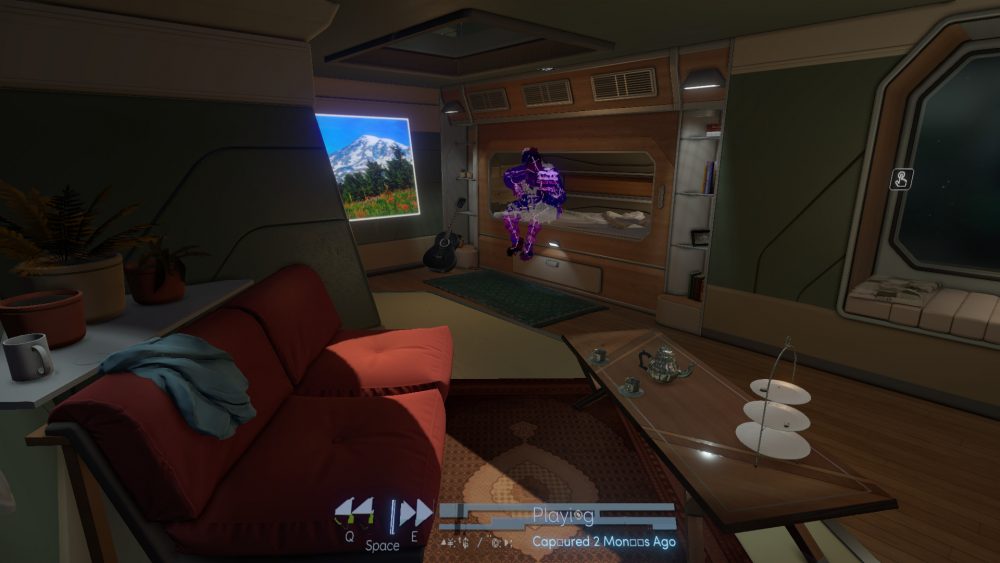 To go into any greater detail about the game and its narrative would be to ruin what makes Tacoma so great, and that’s the joy of discovering those details yourself. It does, however, feel rushed at times — perhaps a little too much — and as the story began to unfold there are plot points I wished the game would linger on a little more; alas, it often quickly moved onto the next part. But to want more of something is always a pleasant complaint to have, and it’s something I’ve found myself saying on more than one occasion about the narrative-driven adventures I’ve loved most, so in that respect, Tacoma is definitely doing something right.

If you’ve enjoyed the intrigue that adventures such as Gone Home, Firewatch and What Remains of Edith Finch have brought to the forefront of gaming, then Tacoma should be high on your radar — especially if you enjoy a bit of light science fiction. Don’t let the sci-fi elements put you off though if you’re not a fan. Regardless of its setting, Tacoma is a beautifully told story filled with real characters and real emotion that you won’t be able to put down until you’ve experienced it in full.

Tacoma is available on PC and Xbox One. We reviewed the PC version.