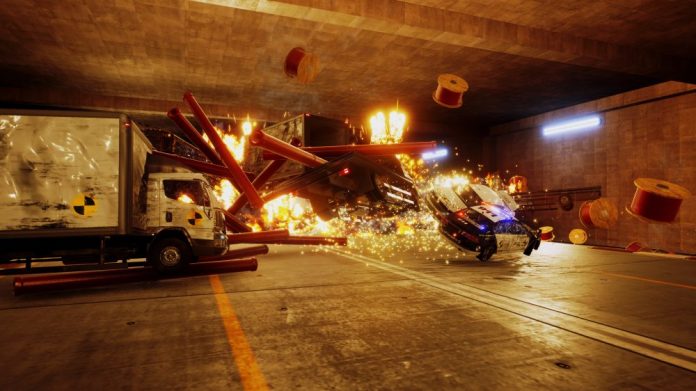 Three Fields Entertainment, the independent development studio formed by the brains behind Burnout, has today taken to Twitter to drop a tidbit of information about what it’s currently up to.

Acknowledging that it’s been rather quiet recently following the release of Danger Zone, the company let slip that it’s still busy making new levels for the title, though more interestingly, it’s also working on “a certain ‘other console’.”

We’ve been a bit quiet recently. Making new levels for Danger Zone and also working on a certain ‘other console’. News coming soon.

What the other console is we do not know, nor whether it’s simply talking about a port of one its existing games or a new one altogether. There was some grumbling from Xbox One gamers when Danger Zone was announced as it wasn’t set for release on their favourite console, so who knows, maybe an Xbox One port is on the cards.

If we were to speculate, however, we’d guess that it’s something to do with the Switch. With it being somewhat of a haven for quality indie games at the moment, it would certainly make sense for Three Fields Entertainment to make the most of the opportunity.