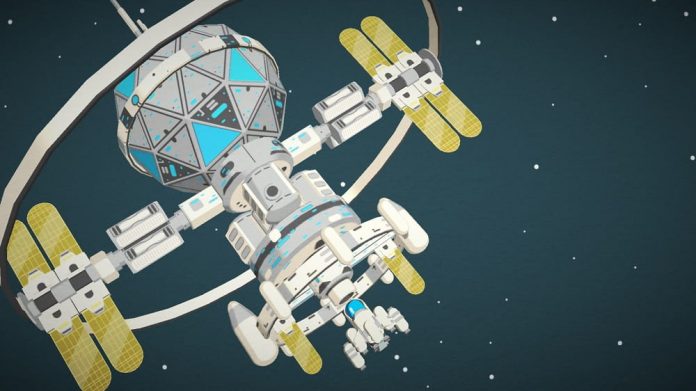 Shooter-cum-cookie-clicker Vostok Inc invites you to take a business-class journey around the cosmos, but spends half the time kicking the back of your seat.

Vostok Inc, like Alien and Aliens before it, depicts a future where big business, not government, is at the forefront of space exploration. This tongue-in-cheek game casts you as the CEO of the titular corporation, setting out to inflict your eighties-themed avarice upon the galaxy. Aided by your incessantly annoying, suspender-wearing sidekick Jimmy, you blast and build your way through several star systems, ignoring the protests of the local populace. Raising enough capital will allow you to take on the boss, at which point your rampage continues till you’ve conquered six star systems in all. Unfortunately, what should be a joyous blend of combat, conquest and colonization veers off-course.

There’s no denying that Vostok Inc looks a treat; it sports an eighties-era colour palette which, coupled with an electronic soundtrack, makes you want to go out and buy a ridiculously oversized mobile phone. And the twin-stick controls are suitably responsive, giving you ample opportunity to avert your course before you plow idiotically into an asteroid or enemy. There are a range of foes to fight, though it’s mildly disappointing that enemies in subsequent areas tend to be reskinned versions of foes from other levels. The game’s bosses, thankfully, are more varied and provide a worthy challenge, so much so that defeating them is a real achievement.

Aside from combating the regular enemies that assault you as you roam around each system’s scrolling play area, you’ll periodically have to deal with scouts that appear on screen. Dispatch them quickly and there’s no issue, but let them escape and you’ll be locked into a frenetic single-screen battle with a range of foes; this is a particularly neat feature that serves to keep you on your toes. Though, irritatingly, the game still subjects you to this even if your main craft has been destroyed and you’re roaming around in your escape pod, which has a mere ten armour points. But on the whole, Vostok Inc has many of the elements of an enjoyable shoot-em-up. 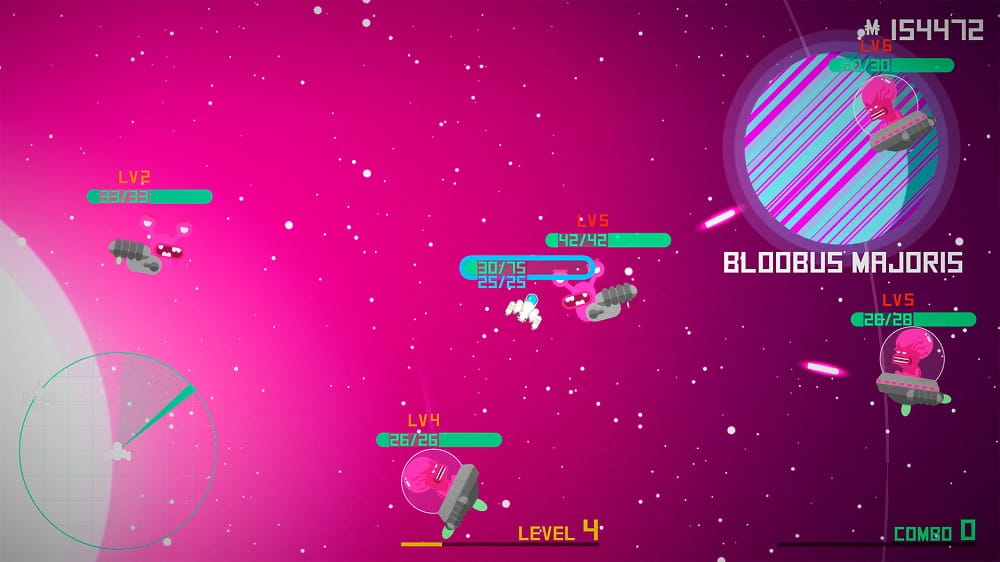 The problem is that it’s mired in mediocrity by an uninspiring building system that’s more Cookie Clicker than Command and Conquer. NonGunz, which we also reviewed, had a similar feature but didn’t force it upon you. Vostok Inc, on the other hand, refuses to let you confront each level’s boss until you’ve gathered enough “Moolah”, the game’s currency. Your primary means of accumulating moolah is landing on planets and constructing buildings, which is just a matter of clicking on the building of your choice. The building will then start to generate moolah which you then use to construct bigger buildings; these in turn give you more moolah.

And that’s it. There’s no real element of strategy as to which building you construct; while each construction’s respective descriptions pointedly underline its potential for exploiting people it doesn’t matter whether you construct a school or a waste plant. You simply build the most expensive one you can afford because that will give you the highest income rate. With no customer discontent to deal with it’s simply a matter of sitting back and letting the money roll in. Literally, since I found the best way to make progress was to leave the game running while I did something else.

Perhaps this is meant to be a commentary on the sometimes dull nature of big business, but it doesn’t make for an enjoyable game. Nor does the game’s humour alleviate the tedium. Aside the satirical descriptions of the buildings, you’re subjected to a stream of dad jokes and quotes from Jimmy who can’t be turned off, though this will apparently be addressed in a future patch.

Vostok Inc‘s manager system offers an interesting blend of risk and reward. You can rescue floating managers who often turn out to be executives or middle managers, either of whom will boost your income rate. The former need to be kept amused through a virtual pet style system which, while appealing at first, requires you to spend so much time farming asteroids for rewards that you’ll likely end up ignoring their incessant demands. Middle managers, on the other hand, don’t need rewarding, but should your ship be destroyed they’ll be lost in space. I went out of my way to collect middle managers only to lose one fifty in one fell swoop. True, it was my own fault and at least I got an achievement out of it.

The game does have high points, when you’re given a glimpse of what might have been if the game’s idle clicker system hadn’t been inflicted upon you. I found that I could combine specific weapons to produce a different effect, and, moments later, I was gleefully zooming around the solar system, annihilating my foes with a lightning gun. Likewise, managing to pick up a manager before they expired in the cold vacuum of space offered a brief thrill. But each time I remembered that I had to make another X trillion moolah before I could test my arsenal out on the end of level boss, my mind went back to the grind, and my joy quickly dissipated.

Stripped of the need to generate moolah, or injected with a heavier dose of strategy, Vostok Inc could be a stellar venture. But the bottom line is that this game’s pockets of excellence are stifled by an awkward mechanic that turns your interstellar journey into an unappealing, pan-galactic grind.

Vostok Inc is available on PC, PlayStation 4, PlayStation Vita and Xbox One. We reviewed the Xbox One version.