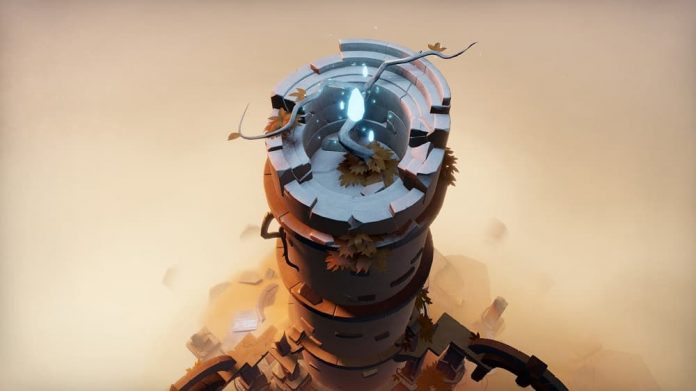 I’m a huge fan of puzzle games, so when I get the chance to give one a try, I jump at it.

Archaica: The Path of Light, a puzzle game by new developers TwoMammoths, is a great addition to any puzzle lover’s library. Especially considering the amount of content to find within. Archaica features between eight and sixteen hours of gameplay depending on how much you want to collect and how long you spend solving each puzzle. Either way, the game will definitely keep you entertained, and each level that you finish will have you relieved to be done but also wanting to immediately move on to the next.

In Archaica: The Path of Light you play as “The Chosen One”, who is meant to walk the Path of Light in order to save the world from an upcoming disaster. By discovering mysterious artifacts, adventuring through alien civilisations, and coming to terms with your true destiny, you are able to solve puzzle after puzzle, knowing that it’s for a greater purpose. The story, at times, can be a little hard to follow, but it does slowly come together as you continue through the game. 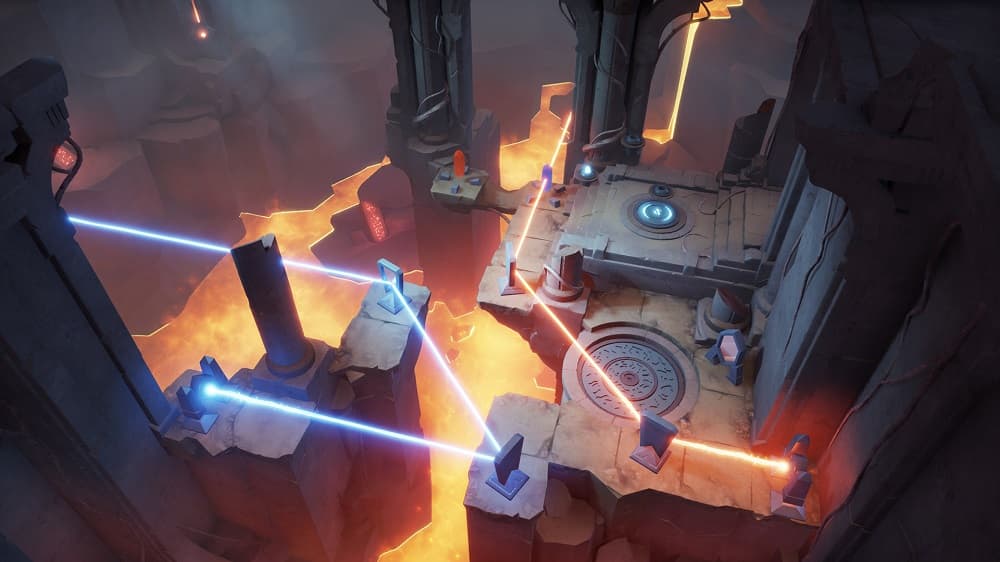 You’re able to appreciate six drastically different realms in Archaica. The tutorial levels are located in The Hills, and then you’ll move on to The Desert City, The Islands, The Crystal Mines, The Jungle, and finally The Temples. Each setting is beautifully designed and unique in its own way. As you explore you’ll discover 42 levels to solve (around 60 if you find all the secret levels) along with two other locations, The Portal, where you travel between the different realms, and The Totem, which shows all of the players achievements (how many secrets you’ve found, how many hints collected, etc.).

All of Archaica’s puzzles utilise lasers and mirrors (which will remind players of certain parts of Portal 2) in a pleasantly clever way. Your main objective in each puzzle is to light up crystals located in different parts of each level by manipulating lasers using mirrors. As you continue further into the game the puzzles grow in difficulty as the crystals will be different colours, meaning if you have a blue laser it must shine on the blue crystal and so on. You may also find that some crystals are blocked on all sides but one or are placed far away from the lasers. To help you along, Archaica does give you tools to use, including a colour changer and beam splitter, among others.

If you get too stuck and you simply have no idea what to do next, there is a hint system in the game which I found very refreshing. What’s great about it is that if you use the hint, which you can only unlock after finding crystals hidden throughout the level, it doesn’t tell you the answer to the puzzle outright. It simply shows you the places where mirrors should be placed, but not which mirror or which direction it should be facing. This is a great way to help players out without babying them, forcing them to still use their brain to solve some of the tougher puzzles. 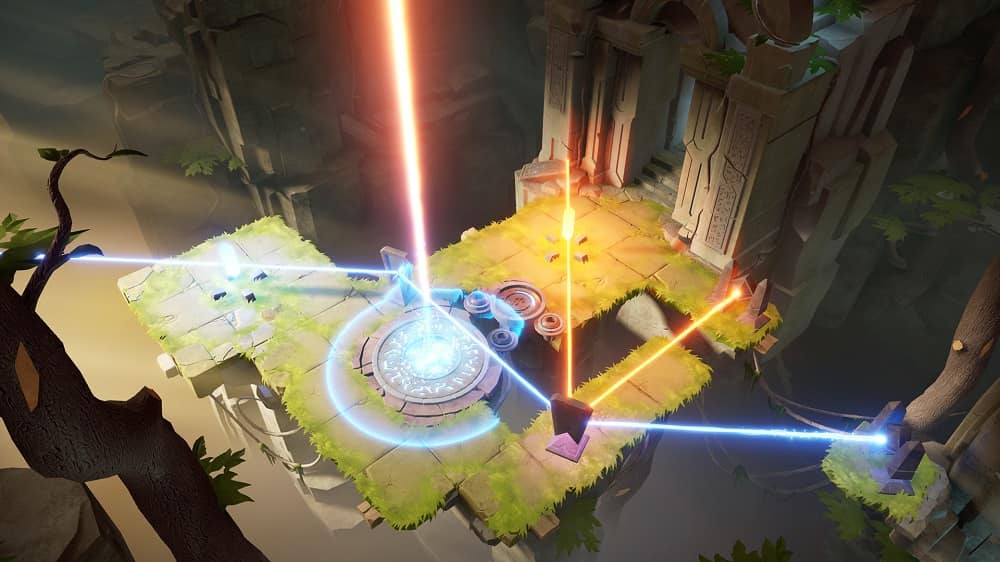 When you get a few levels into Archaica you’ll be introduced to stone keys. Stone keys, when unlocked, open up additional secret puzzles for players to try. Unlocking the stone keys can be a difficult feat in and of itself as you can’t use any hints to solve them. Then, the secret puzzles hidden within are much more difficult than the main story puzzles as well. There are no hints available for the secret puzzles either, so players will have to rely on simply themselves to solve the devilish brain teasers the provide.

For a small additional note, Archaica has really great sound design. The music and sound effects reminded me of what someone practicing yoga or meditation might listen to. The calming tones are a great way to help the player relax and de-stress in each new world that they explore. Even the sounds that the lasers make when they match up to the correct crystals have a pleasant sound to them. Sometimes it’s the little things that all come together to make something great.

Archaica: The Path of Light really impressed me with its clever puzzles, intriguing story, unique realms and relaxing sound design, and I can’t recommend it enough to players looking for something challenging and fulfilling. If TwoMammoths’ debut game is anything to go by, there’s a lot of great things in store for these developers because Archaica: The Path of Light is sure to impress many.

If you’re looking for a puzzle game to entertain you for a few hours then look no further: Archaica: The Path of Light is what you need. In the end, it won’t matter that its story is a little hard to follow because you’ll be too engrossed in its puzzles to care.

Archaica: The Path of Light is available on PC.