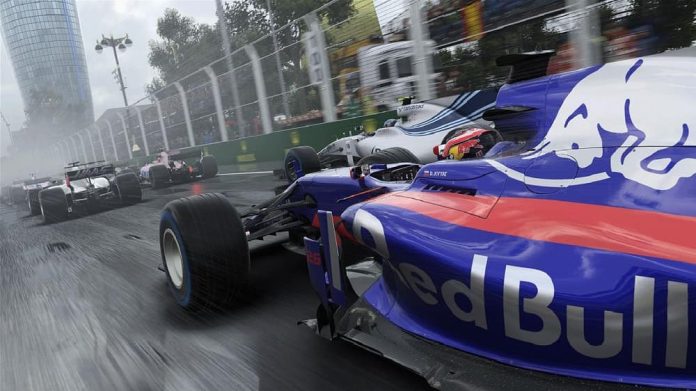 As much as I adore sleekly designed vehicles that travel at insane speeds, I don’t follow the dramas of Formula 1.

I just don’t have the time for it to be honest – I’d rather play a racing game instead. And when racing games are as good as Codemasters’ F1 2017, it’s a good choice to make.

The heart of F1 2017 is the ten-year career mode that has more depth than ever before, and it all begins with you choosing a team to race for. Each team has its own objective, and so choosing the one that aligns with your capabilities is important. Choose Mercedes-AMG Petronas Motorsport, for example, and you’ll be expected to lead the pack. The fine folk over at Scuderia Toro Rosso, on the other hand, will be happy if you place mid-table consistently.

After choosing your team your first season begins, and from then on you’ve got a lot to get your head around and manage. Every race weekend you’ve got to make good use of practice sessions to acclimatise yourself with the track, fine tune the setup of your car and complete practice programmes. Everything you’ve learned in the practice sessions then needs to be put to good use in the qualifying session to ensure you get a good start on the grid. And then you have the all-important race, where your performance makes all the difference. 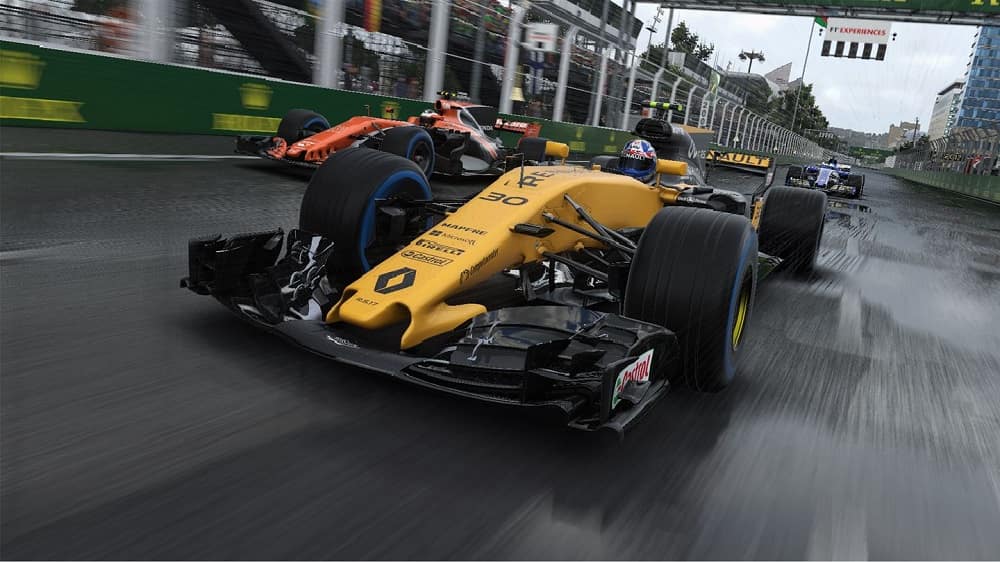 Throughout your season you’ll need to commit to research and development in order to improve the performance and reliability of your car, although it won’t always go so smoothly. And you’ll also need to keep a close eye on your engine components, switching them out strategically to keep you in the game. Perform well and consistently beat your rival and you’ll impress your team and maybe even open up new opportunities for yourself. Perform badly and there’ll undoubtedly be grave repercussions.

As racing game careers go, F1 2017′s is simply fantastic. It makes you truly feel like you’re part of a team, and there’s so much to manage and tinker with that when you win it feels like your victory. To succeed in F1 2017 you can’t just be a driver; you need to be an engineer and a strategist. You need to out-think the opposition as much as you out-break them, and it makes for an experience that is as engrossing as it is thrilling.

It would all be for nought if the act of racing wasn’t up to scratch, but thankfully it’s great. There’s a real sense of speed that grips your bum firmly to your seat, and the handling is wonderfully reliable and responsive. Furthermore, there are a wide range of assist options and an AI slider so that you can adjust the difficulty of the game to your preferences. 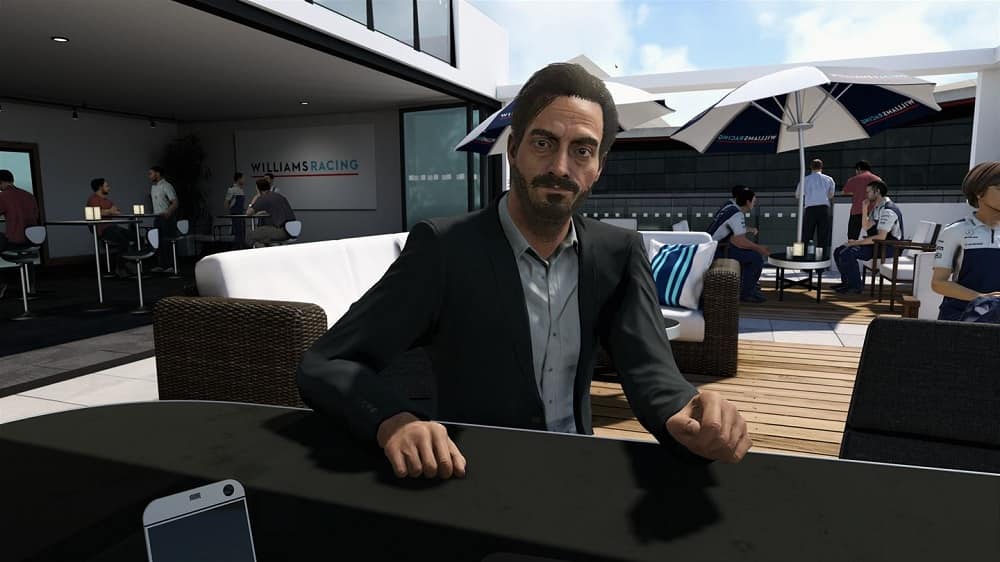 You don’t need to be a veteran of racing games to enjoy F1 2017; you just need to find out what settings work for you. And when you do get into the full swing of things the racing is some of the most intense you’ll experience. The staring grid is always a nail-biting experience as you move into the first few corners, doing all you can to fight for a good starting position while avoiding making contact with other racers. Just like in real life, one small tussle is all it takes to take you out of a race and ruin your dreams.

Away from F1 2017′s career mode there are plenty of other ways to spend your time too. Time trials allow you to push yourself to your limit free of any other distractions on the track, while Grand Prix and Championship modes are for players who have got some decent time to spare but don’t want to delve into career mode. The invitational events that crop up throughout your career can also be accessed too, allowing you to take part in some interesting racing scenarios in some classic cars. And of course there’s online multiplayer, allowing you to race against players from around the world. 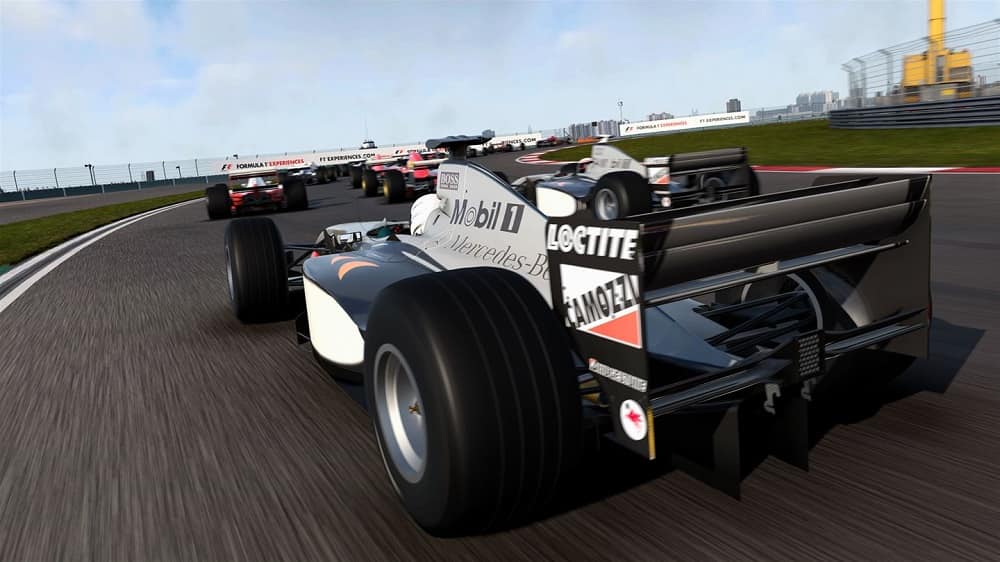 While racing sims often aren’t the most interesting games to look at, F1 2017 manages to be very pleasing on the eyes. Tracks and cars are vibrant and full of detail, there’s fantastic lighting throughout and realistic weather effects just seal the deal. Better still, despite all the eye-candy the framerate remains rock solid, ensuring that the gameplay never suffers. The anti-aliasing is a bit poor though, leading to some jagged edges, but it’s a small price to pay.

If you’re a fan of racing games, F1 2017 should be considered an essential purchase — even if, like me, you don’t follow the sport. The racing is seat of your pants stuff just like it ought to be, and its career mode is simply phenomenal and offers tens of hours of in-depth gameplay. With F1 2017, Codemasters may have just made the best Formula 1 game ever, and I just can’t wait to see how they aim to top it.

F1 2017 is available on PC, PlayStation 4 and Xbox One. We reviewed the Xbox One version.