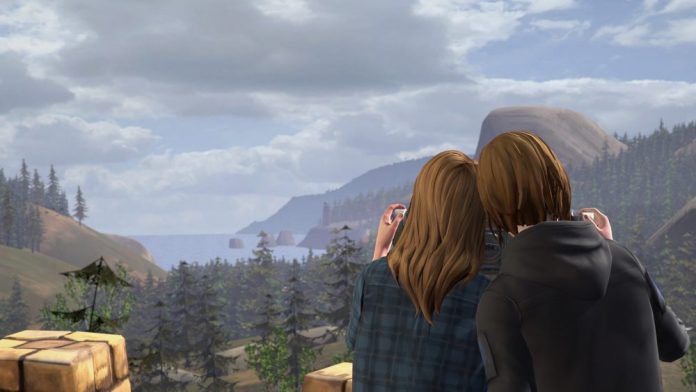 I’d have to play through the original again just to be sure, but I’m pretty sure that Life is Strange: Before the Storm may be even better than the first Life is Strange.

That’s a pretty bold statement to make, especially from me, who absolutely loved Dontnod’s Life is Strange. With this prequel being from a developer new to the series, Deck Nine, I was sceptical; it’s always tricky for a second developer to try and follow in someone else’s footsteps. Thankfully, the team has done an incredible job, with Before the Storm being faithful to Dontnod’s vision of Arcadia Bay in pretty much every way, building on — and in some instances, improving — the characters and the world we fell in love with back in 2015.

There are spoilers for the original Life is Strange below, so read at your peril. I’ve tried my best to avoid any major spoilers for Before the Storm!

Before the Storm is set three years before the events of Life is Strange. Our main protagonist this time is Chloe. Younger than the last time we met her, Chloe’s attitude to life is familiar, but we see a different side to her character this time. She’s not all spunk; she’s much more vulnerable here, and the scars from her dad’s death are much more visible. 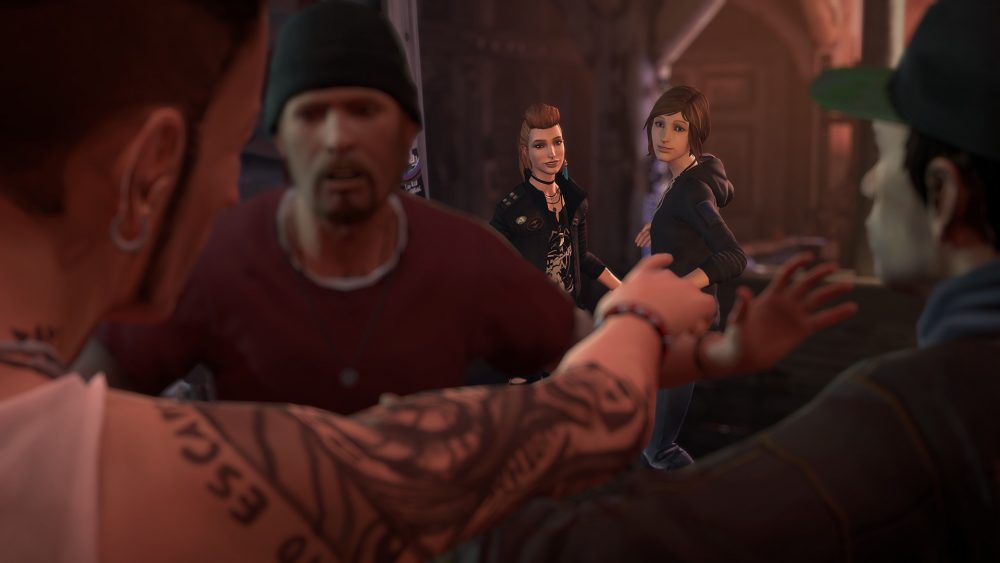 Chloe was arguably the more interesting character in Life is Strange; Max may have been our protagonist, and she may have been the one with the supernatural powers, but Chloe’s brash personality often overshadowed Max’s agreeable nature and somewhat plain exterior. Focusing completely on Chloe, then, was a great choice for the prequel. We had a lot of questions about her past after playing through Life is Strange, and Before the Storm intends to answer them with as much care as possible.

The first chapter, Awake, reintroduces us to Chloe along with plenty of other familiar faces and locations. There’s of course Joyce, Chloe’s Mother, and David, Joyce’s boyfriend. The familiar halls of Blackwell Academy are filled with faces we’ll recognise, too, from the detestable Victoria Chase to Ms. Grant, the science teacher. The most important character we meet again though is one who takes centre stage alongside Chloe: Rachel Amber.

While Rachel didn’t exactly appear in Life is Strange, she was a major proponent to the story. In Before the Storm, she’s a key character; the main focus of episode one is on Chloe and Rachel’s relationship. We know from events in the previous game that the pair had been close, but we were never privy to much detail about their friendship. Now, we can finally see how important Rachel had been to Chloe – and vice versa. 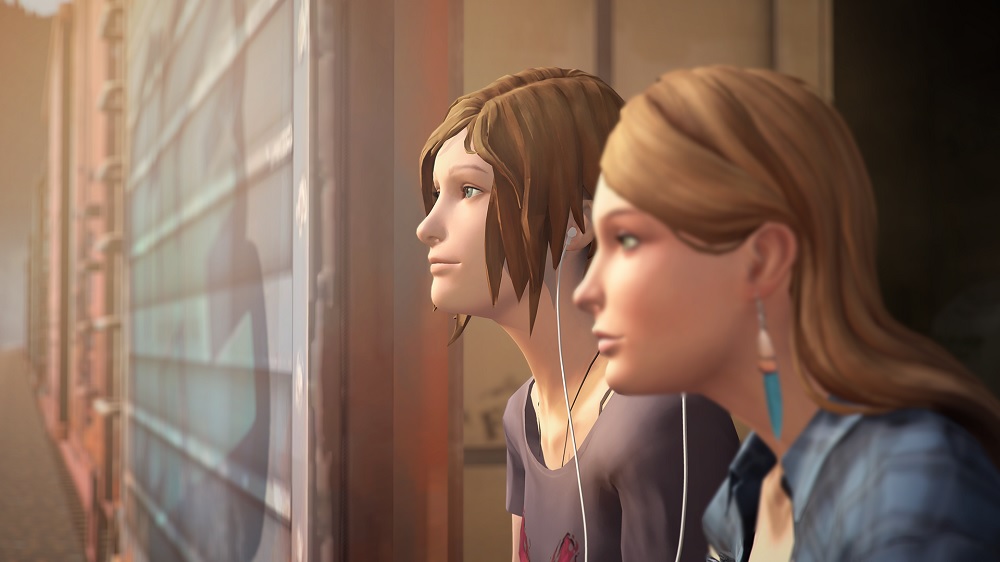 Their relationship is dealt with very delicately, and exactly how the two interact with each other is largely down to the decisions you make. There are clearly some romantic undertones, but whether you wish to act upon them or downplay them is entirely your call. The choices you make throughout the episode do greatly affect how the story plays out, so much so that certain choices can open up entirely new scenes. It’s enough to warrant a couple of playthroughs just to get the most out of the game.

Despite having a cartoony veneer, Life is Strange: Before the Storm is one of the most believable, grounded-in-reality games that I’ve played in a long time. Sure, the original Life is Strange was too; even with Max’s time-controlling powers the characterisation was absolutely on-key, and pretty much every single character, no matter how major or minor, was in some way relatable. That feels even more so in Before the Storm. Emotions run high throughout the entire episode, and Chloe’s feelings — however extreme at times — are all incredibly relatable. We’ve all been teenagers; we can all remember how tough life was at times. Couple that with dealing with the grief of losing a parent — both parents, because Chloe also feels like she’s losing her mum to David — and those emotions are so palpable, you can almost feel them yourself.

Even though Before the Storm is a prequel, and therefore should technically stand on its own two feet separate from Life is Strange proper, I feel like you’d miss out on a great deal of the experience were you not already familiar with the characters and their stories. Despite Max not being present in Before the Storm, she’s still very much a key player in the story. She was, until recently, a major part in Chloe’s life, and as a result, Chloe still frequently references her missing best friend. A fantastic example of this is Chloe’s journal, which can be accessed at any time through the in-game menu. Every key event in the game gets journalled, in Chloe’s own words, but written as a letter to Max. It’s a great point of reference for everything that’s happened so far, and will be even more useful in the incoming chapters to refresh our memories. 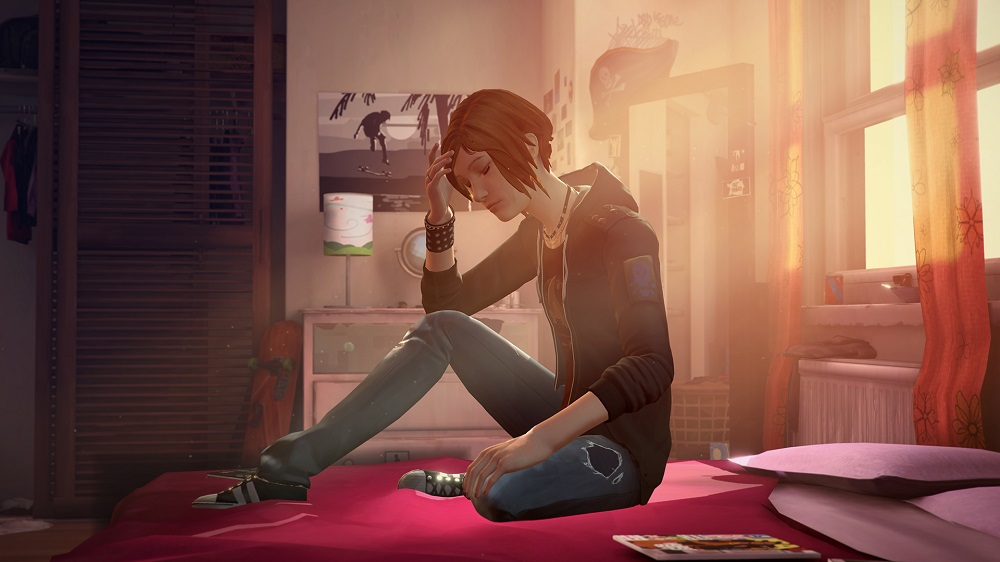 There are a lot of great little touches like this. There’s also a character guide, where Chloe has written a page on each person who’s in some way important, and their relevance to her. It includes a lot of  detail that adds an extra layer of depth to the story, so it’s worth diving into and spending a few minutes reading through everything. The gorgeous presentation complete with Chloe-style doodles means it’s a treat for the eyes, too.

As an introductory episode to a three-part series, Awake absolutely nails it. The action that takes place is pretty low-key — don’t run into Before the Storm expecting epic adventure sequences — but it’s a perfect return to Arcadia Bay. It focuses on the characters, and even though everything that happens here seems fairly small in the grand scheme of things, it really feels like something much bigger is looming. Deck Nine had some pretty big shoes to fill in taking over from Dontnod’s fantastic vision, but if this first episode is anything to go by, they’ve done it with flying colours.

Life is Strange: Before the Storm is available on PC, PS4 and Xbox One. We reviewed the Xbox One version.