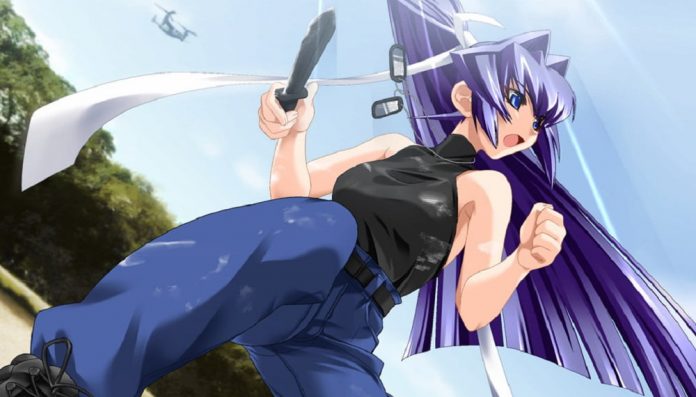 Muv-Luv Alternative is a visual novel of colossal length that encompasses an even longer saga.

If you’ve played through Muv-Luv Extra and Muv-Luv Unlimited, which you probably should do as this is the third part in the trilogy, you’ll find that Muv-Luv Alternative is more of the same. In fact, it pretty much feels as though you are living through the same events twice.

You wake in your bed, except it is the same bed that you woke up in nearly a lifetime ago in a world not full of the destructive BETA. Leaving your house, it seems like that horrible world has returned, except it is two years younger. Lost? Yes, Muv-Luv Alternative continues with its convoluted storyline – but this time it’s finally explained in all its glory. The game takes you back through the events of the previous instalment, but now with an experienced mind and body, hoping to change the dramatic and harrowing future that existed last time. 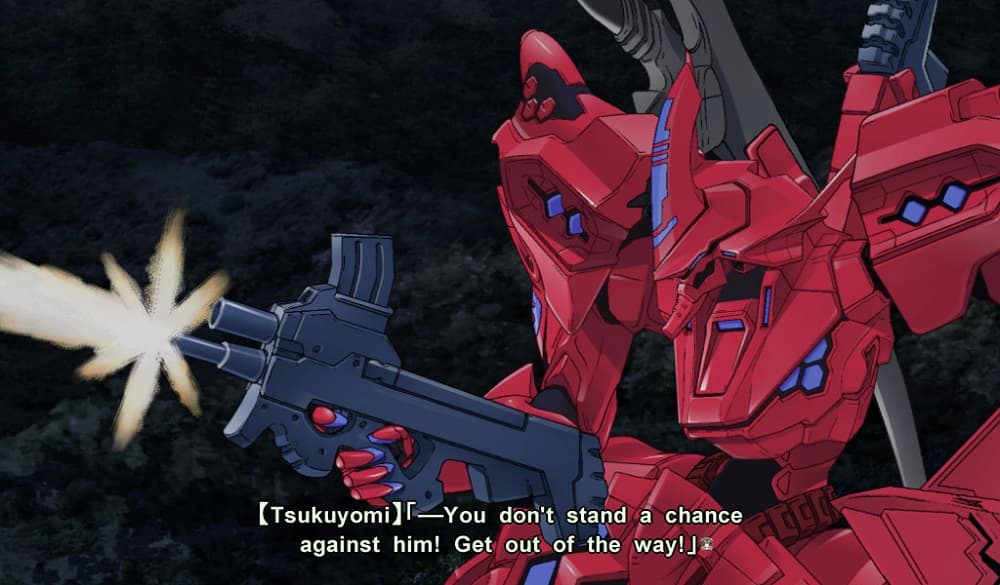 The plot is full of complex and genuinely interesting strands that take you all over the place in a story that is quite remarkable considering this is an eroge (Japanese pornographic video game). It does give you a lot to think about, although as you’d expect, there’s an over-indulgence of innuendo. You could say that Muv-Luv Alternative is intent on making you do a lot of thinking before you hit the payload. Or that the game only offers a hint of titillation before releasing the goods. Anyway, there is a lot of plot, and Muv-Luv Alternative is determined you pay attention. I won’t ruin it for you, but it delivers a tasty mix of sci-fi, politics and teenage romance.

My main problem with Muv-Luv Alternative is the way that some of the plot is delivered. The first rule of any piece of writing is “show, don’t tell”, and this is even more important in a visual novel. You do not need to tell me how the hero is feeling if I can see it in how he is acting or speaking. In Muv-Luv Alternative you’ll be told, and then told again and again for good measure. Information about plot, personality and anything less essential is dumped overwhelmingly onto the screen. It makes parts of the game a real slog to get through, and sometimes it takes all the suspense and emotion out of really interesting plot points. For every great piece of characterisation there is about half an hour of dialogue that is just filling virtual space. 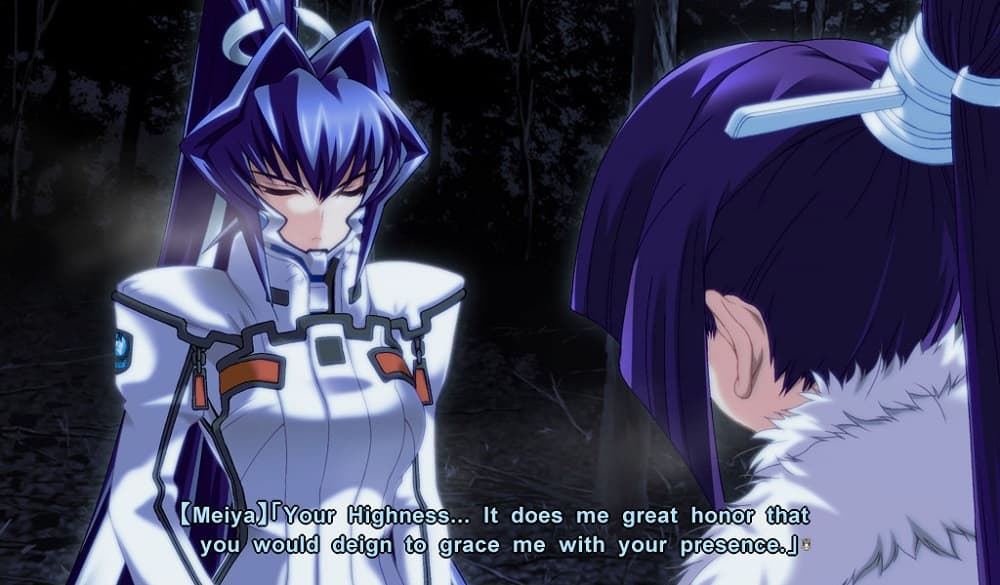 The upshot of this is that there is plenty of story here for you. Hours upon hours of dialogue and story that will entertain, even if it gets a little repetitive. If you buy into the game and its characters, then each new day of dialogue will feel like a comfortable chat that enriches the experience, and you may not get quite as frustrated as I did. It will push you to your limits, but there is a charming nature to the story and the characters. The credit for this must go to the translation team.

With the amount of narrative that has been translated, the team responsible deserves serious commendation. There is no lapse in quality, and real attention has been paid to the tone which comes across well. The language seems completely natural and there were no places in which I felt that there was a cultural barrier. Phrases and cultural references were given decent replacements, and the only time I was confused was when I was faced with “mean-mugging”, which is apparently American for giving evils or staring with the intent to intimidate. 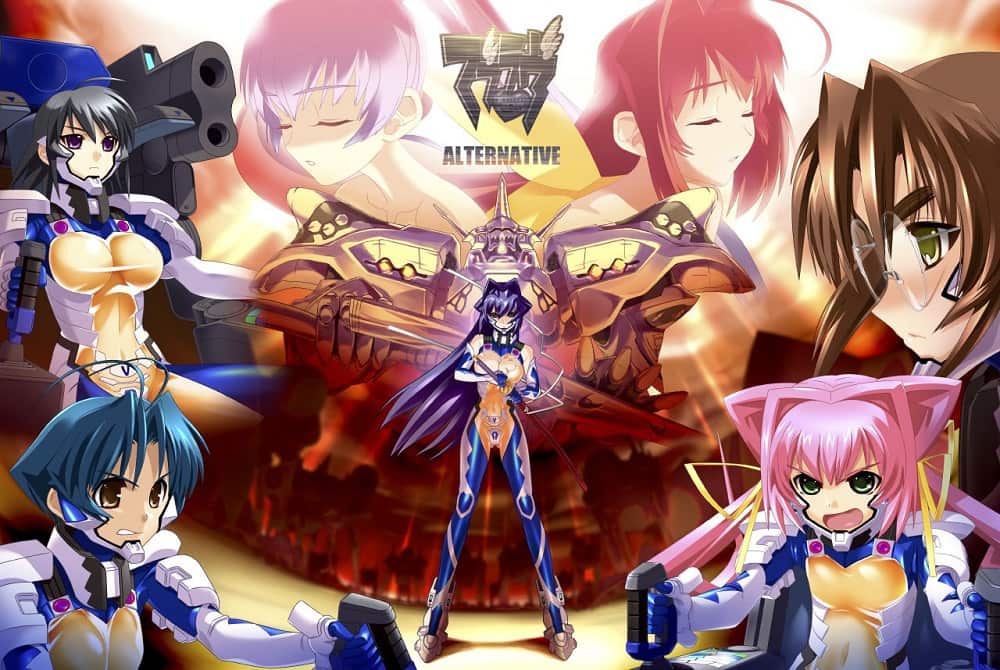 The graphics are beautifully drawn and are as good as anything else I have seen within the genre. With this only being a visual novel, there isn’t much animation and much of the “action” is depicted by cut-outs of the characters moving around in dramatic fashion. While this does initially seem a bit tacky, some of this is done extremely well, and allowed me to suspend my disbelief. But, let’s be honest, the animation is not what you’re here for.

What you are here for is the titillation, and to pretend otherwise would be a joke. There is more than enough to keep a fan occupied, despite the long wait for events to reach their climax. Muv-Luv Alternative is a great title within the genre, as it explores some really interesting sci-fi and political ideas. But at the end of the day you are mainly along for the ride for unsavoury reasons, and that can sometimes eat into the seriousness of the plot. I mean, just look at those uniforms!

Muv-Luv Alternative is available on PC.