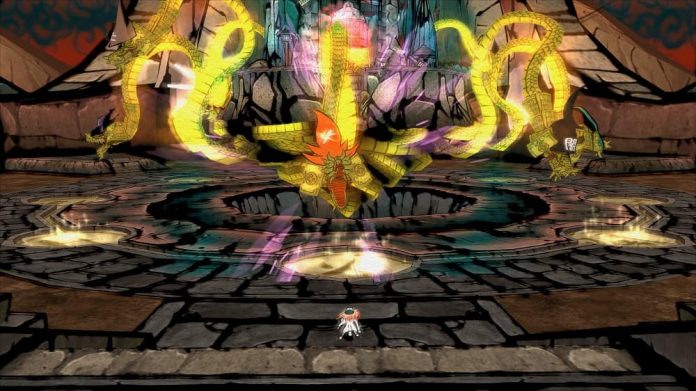 It’s been rumoured for a while but now it’s official – Okami HD will be arriving on PlayStation 4, Xbox One and PC later this year.

Available both digitally and physically on 12th December, Okami HD brings the critically acclaimed 2006 adventure up to date with high-resolution visuals, making it the most breathtaking version of the title yet. PS4 Pro, Xbox One X and PC users will also be able to play in stunning 4K.

Placing you in the shoes – or should that be paws – of Amaterasu, the Japanese sun goddess who inhabits the form of a legendary white wolf, Okami HD will have you going up against an eight-headed demon by the name of Orochi. Luckily you have your Celestial Brush techniques and a cast of quirky characters to help you.