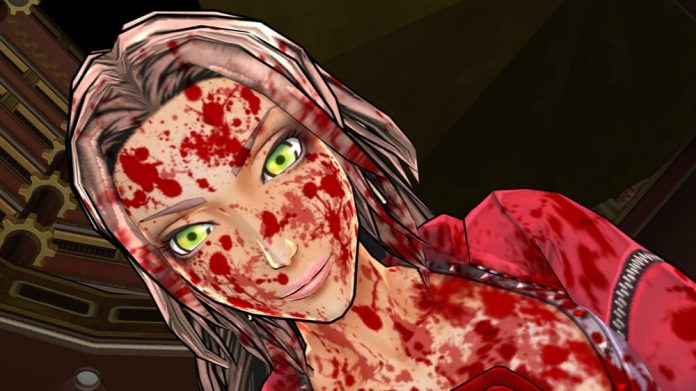 Zero Time Dilemma will make your brain hurt. But it’s a good hurt.

Ever wondered what would happen if a Japanese animation director was asked to remake the Saw movies but with the proviso that they be even more ludicrous and implausible than their western counterparts? Me neither, but I’d imagine that the result would be similar to Zero Time Dilemma, an anime-style adventure game which dials the lunacy up to 11. The game doesn’t so much throw you a curveball as it does relentlessly pelt you with plot twists until you’re lying on the floor in a twitching, brain-addled heap. Yet despite the utterly absurd nature of the game’s story, which takes in time travel, dimension-hopping and Heath Robinson style slaughter machines, Zero Time Dilemma is so utterly earnest in its madness that you can’t help but be enthralled.

Zero Time Dilemma, or to give it it’s full title, Zero Escape: Zero Time Dilemma, is the third Zero Escape game,  though its muddy reality makes it hard to ascertain exactly where it fits into the series. Rest assured, while there are call-outs and references to the other two games, you don’t need to have played them to lose yourself in Zero Time Dilemma. I went in having not tackled either title, though my experience left me so invested in its universe that, seeing they were on sale, I snapped up the other two titles sharpish. 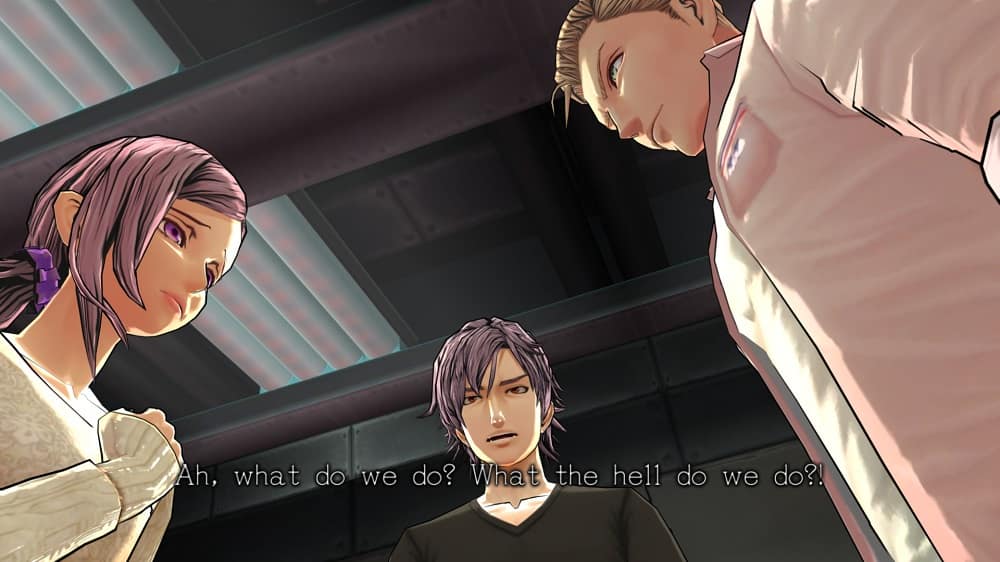 Zero Time Dilemma is ostensibly an adventure game, following the harrowing exploits of nine diverse individuals who, in the near future, find themselves imprisoned in a sealed bomb shelter. Their captor, Zero, wants to play a game, which will only end when six of them are dead. Zero’s victims, split into three teams, have to deal not only with a range of hazardous traps but also the notion that, to their comrades, they’re more valuable dead than alive. This, unsurprisingly, leads to all manner of interpersonal conflict including some tense stand-offs, not all of which end well. Matters are further complicated by the fact that their memories are chemically wiped every ninety minutes. Thus characters may be entirely unaware that, last run through, one of their trusted teammates tried to to dispatch them.

Thus ensues a series of challenging puzzles, interspersed with chunks of dialogue and the odd moral quandry. If you’ve ever punched the air in victory after figuring your way out of a real life Escape Room, you’ll be in your element here. Object collection is kept to a minimum, allowing you to focus all your brainpower on cracking each conundrum.  Zero Time Dilemma’s puzzles are taxing but rarely obtuse, and while one puzzle does get used about three times, the rest are varied enough to keep you engaged. Finally cracking them is a real rush, the one risk being that you’ll sometimes find yourself over thinking puzzles when the actual solution is far more straightforward. 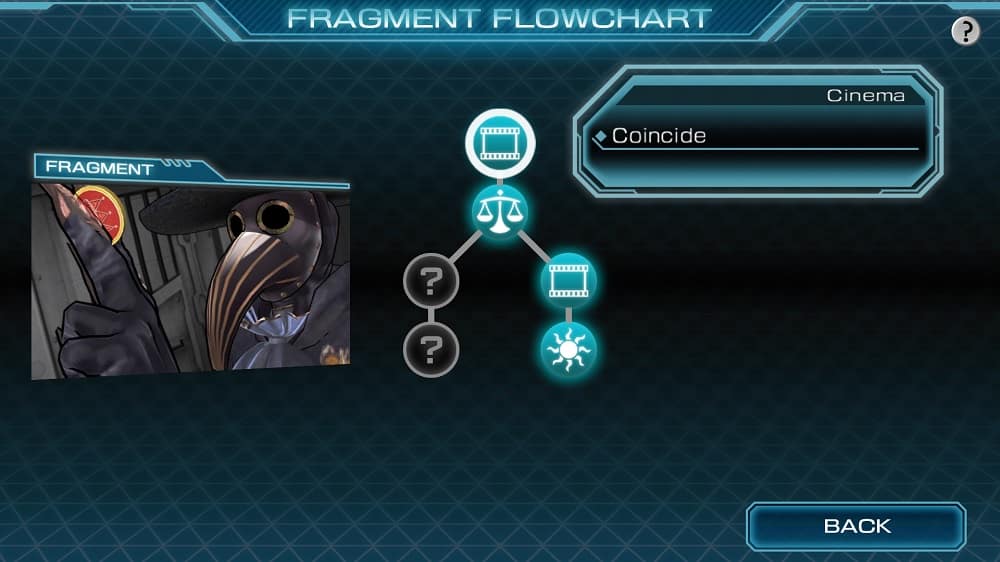 While Zero Time Dilemma was originally a 3DS title, there’s little here to highlight those roots. The animation can be a little clunky at times, but the game’s charming cel-shaded graphics help to disguise any rough edges it may have acquired during its transition between platforms. The voice acting’s not amazing, but, should you so desire, you can switch between Japanese or English dialogue. And there’s the added bonus that you can view the game’s bloodier scenes in all their full screen glory. It’s not a gratuitously violent game but gore is used to underline the ramifications of the decisions you make. Because, aside from solving puzzles and listening to dialogue, you’re also tasked with making decisions which could cost someone their life.

None of the characters, who are a sympathetic lot on the whole, deserve their fates, even though they do engage in a lot of anime-esque shouting matches and can switch mood at the drop of a hat. But you’re still forced to decide who to save and who to sacrifice, with probability also playing a role in some of the game’s tougher choices. There’s one scene where you’re faced with a character who is definitely going to die unless you fire a gun at another character, which has a 50% chance of being loaded. Zero Time Dilemma does not let you off easily – there are no black and white choices here, only shades of grey mixed with the odd spatter of arterial claret. And while the game’s not scary in the conventional sense, there are enough tension-packed scenes, often involving team-members being at loggerheads, to keep you on your toes. 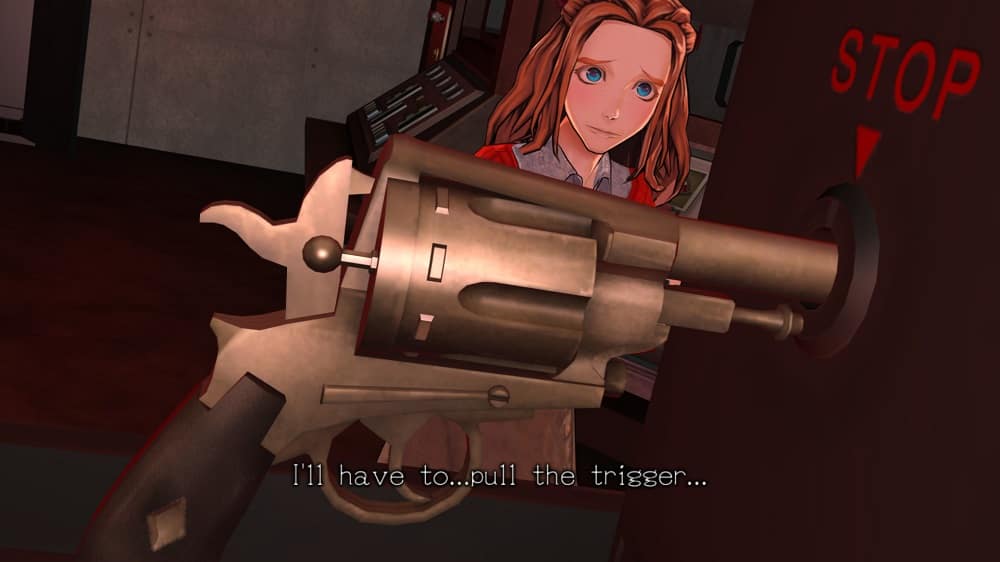 But what makes Zero Time Dilemma really special is the way that you engage with it. The game is deliberately cryptic about the role you play, casting you not as any specific character, but as some unspecified, outside influence. Equally unusual is the way that Zero Time Dilemma’s storyline is fragmented, allowing you to access the game’s scenes in any order. It becomes clear, very early on in the game, that there are some multiversal or timey-wimey shenanigans going on. You can see a character die, often as a result of a choice you forced upon them, only to have them crop up alive and well as if nothing had happened.

I won’t go into further detail for fear of ruining the plot, but it’s a beautifully mind-bending tale that will keep you guessing right up until the game’s “proper” ending (there are several side endings). Just when you think you’ve got the game’s measure it delivers another narrative gut-punch which calls into question all your prior assumptions. That said, Zero Time Dilemma does occasionally deliver its plot via lengthy chunks of dialogue; there’s one section in which a character delivers a lengthy monologue on the theoretical nature of time travel. Though, I’m willing to forgive the game since the same monologue points out that in Back to the Future, Marty McFly basically murdered his alternative self. 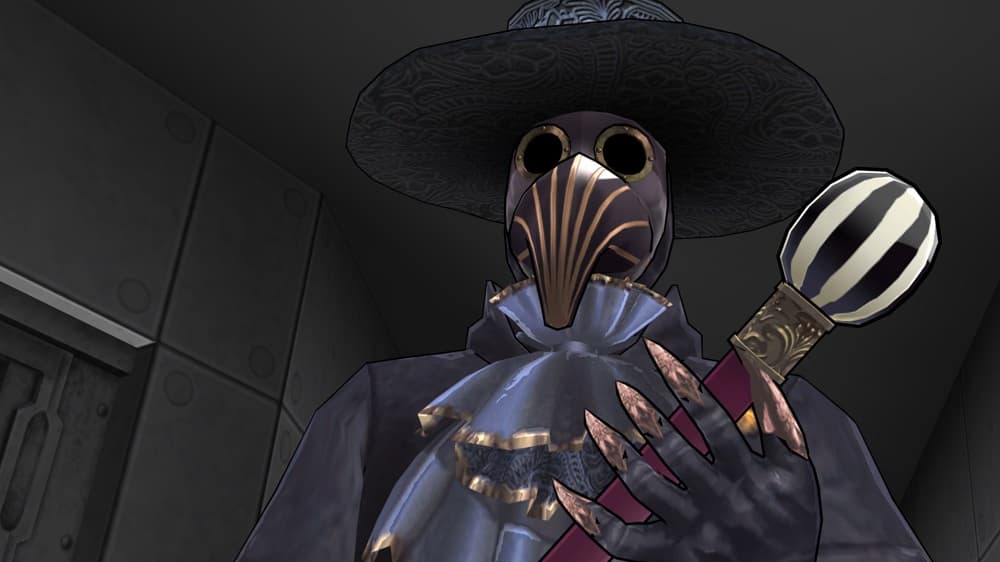 Zero Time Dilemma does also lose momentum when you hit the home stretch, typically about 15 hours into the game. As you progress, you unlock more scenes, dubbed “fragments”; completing these fragments will unlock others and so on. But at some point, you’re left with no further accessible fragments. The game then requires you to revisit previous scenes and make alternate decisions such as letting a character die when previously you saved their life. This does lessen the impact of the choices you previously made – no matter how much you agonised over a decision, there’s a good chance the game’s going to require you to make the opposite choice in order to proceed. It can also be tricky to track down the actual trigger-point that will let you move on.

Fortunately, such frustrating moments are few and far between, and for the most part, Zero Time Dilemma is a challenging, fantastical ride. Its puzzles are perfectly pitched, and while it may take you a while to wrap your head around the game’s story, you’ll delight in slowly piecing together its winding narrative. Every setback and every unexpected revelation will draw you further into Zero Time Dilemma‘s joyously convoluted world and make you all the more doggedly determined to uncover the truth. And who knows, one day you could be as big a time criminal as Marty McFly.