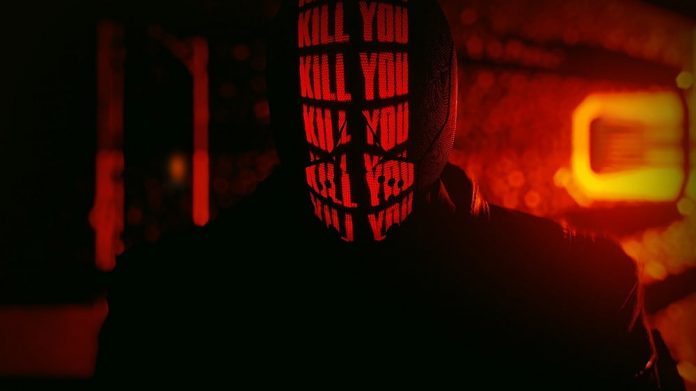 Ruiner is a game that really made me appreciate the Xbox Play Anywhere program.

I’d seen the rather slick trailer, and with Xbox One review code in my hands I set about downloading the sucker like a drug addict reaching for their next hit. For the next hour or so I then sat gleefully glued to the screen, mesmerised by the brilliantly realised world I’d just entered. But there was a problem.

Well, actually, there were a couple of problems. Firstly, while Ruiner oozed style, its image quality left a lot to be desired. The image was a bit soft and blurry, making it hard to see small details due to its zoomed out camera. The bigger problem, however, was the game’s framerate, which was a little too erratic for my liking. I mean, it was playable, but random hitches and jerks just don’t go with fast-paced action. 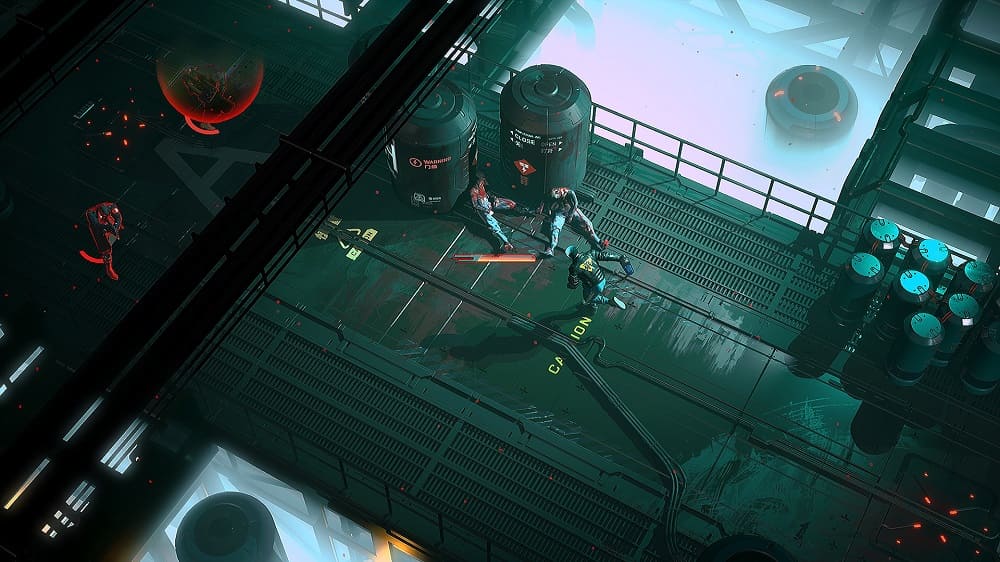 The experience had left me conflicted. I really enjoyed my time playing Ruiner on Xbox One, but I knew it could have been better. I could tell that there was a great game sitting at the heart of it, but the Xbox One wasn’t where I was going to experience it. Sitting at my PC sometime later, it hit me; it was a Play Anywhere game, so after making a visit to the Windows Store and downloading it yet again, I was ready for another try. And boy am I glad I did.

Ruiner, when played with a silky smooth framerate and image quality so clean you could eat your dinner off of it, is absolutely amazing. It’s an eight hour romp, throwing you from one intense battle to another, encouraging you to make use of a wide range of genuinely useful skills that you can swap out and upgrade to your liking. Playing on anything other than easy you’ll probably die a hell of a lot, but you’ll go back for more time and time again, because it’s just fun. And that’s what games are all about. 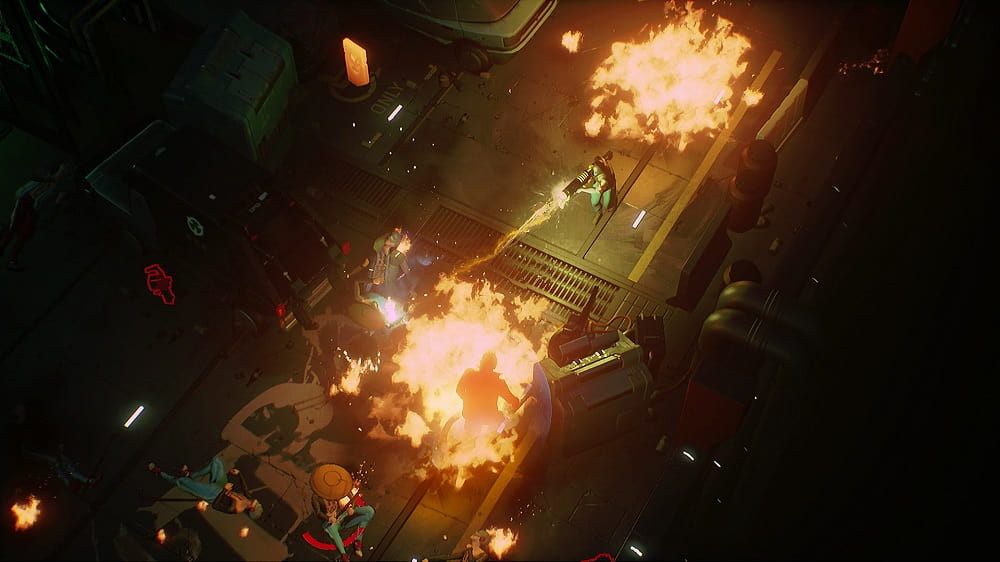 An isometric twin-stick shooter that also encourages you to violently swing melee weapons, what Ruiner lacks in length it makes up for with the breadth of skills available to you. Experience, or in this case Karma, is gained by killing enemies, opening crates and disposing of weapons left strewn on the floor after battle, with a skill point earned every time you gain a level.

On my first playthrough I reached Karma level 23, allowing me to max out the handful of skills that I had come to depend upon. At any time I could have redistributed my points, trying out new skills to adapt to new situations or to simply switch up the gameplay. In my eyes though, unused skills meant more reason to go back and play through the game again. And that was a good thing, because Ruiner was a game I definitely wanted to revisit for repeated playthroughs. 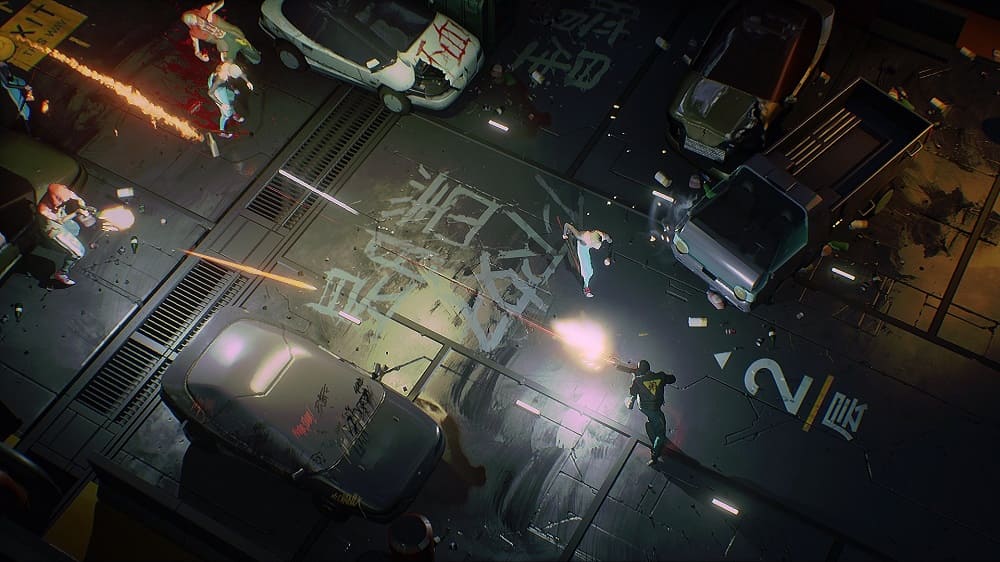 There are honestly more skills available than you can shake a bloody stick at. You’ve got multiple shields, stun and frag grenades, dashing, hacking, slo-mo and more. Each and every one of them can be upgraded to gain additional benefits or lower their energy upkeep. Whichever skills you choose determine how you tackle the varied foes that are thrown your way, but you can rest assured that the action will always be stylish, bloody and utterly absorbing.

It helps that there a are wide variety of weapons at your disposal too. While your standard Ruiner firearm and razor-sharp sword are always by your side, all manner of ranged and melee weapons are available to procure in the field, though their use is limited. You might dash into an enemy and slice them with your sword, relinquishing their grip on the flamethrower they’ve been trying to toast you with, catch it before it hits the floor and then turn around on the other goons in the room to set them ablaze while dropping a stun grenade. Ruiner gives you all the tools needed to kill with panache, but it’s up to you to use them. 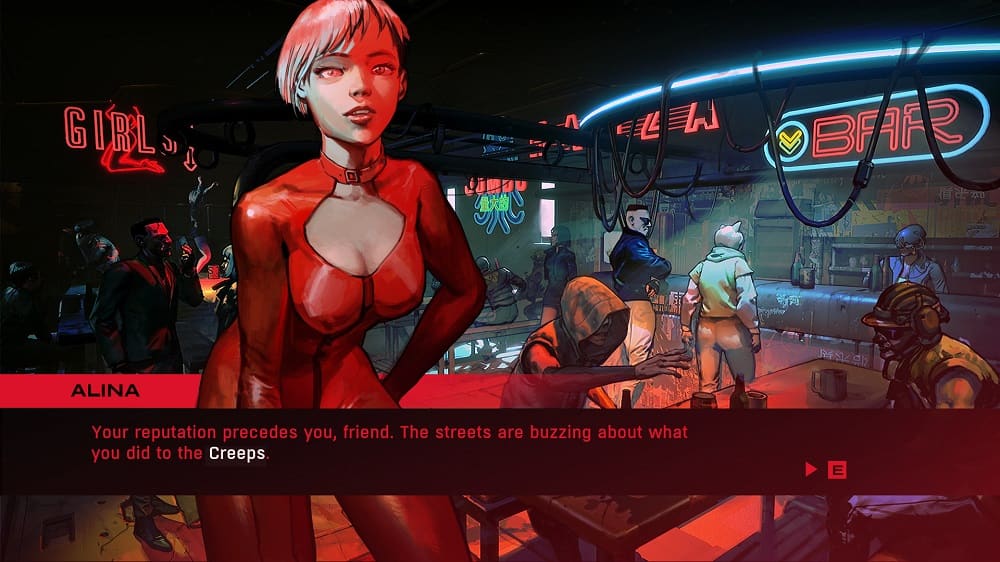 Perhaps the only area where Ruiner disappoints a little is with regard to the presentation of its story. While the static artwork that is displayed during moments of narrative exposition look great, just like the rest of the game’s gloriously designed futuristic steampunk world, the lack of voice acting makes them feel sterile and unfinished. Other than that though, Ruiner’s narrative is enjoyably dark and very mysterious. It sucks you into a world that feels dangerous, where you never feel like you can trust anyone. At times, the gameplay makes you feel like a badass, but the story forces you to do things that will make you simply feel like a dickhead.

At the end of it all though, Ruiner’s budget presentation does little to sully what is otherwise a challenging, addictive and sublime twin-stick shooter experience. Whether you’re head-hunting a particularly nasty criminal, taking on a group of cyborgs or arduously battling against a fearsome boss, Ruiner is action-packed, stylish as hell and fucking awesome. In fact, it just might be one of the most memorable experiences I’ve played this year. Just play it on PC if you can though, yeah?

Ruiner is available PlayStation 4, Xbox One and PC. We reviewed the PC version.