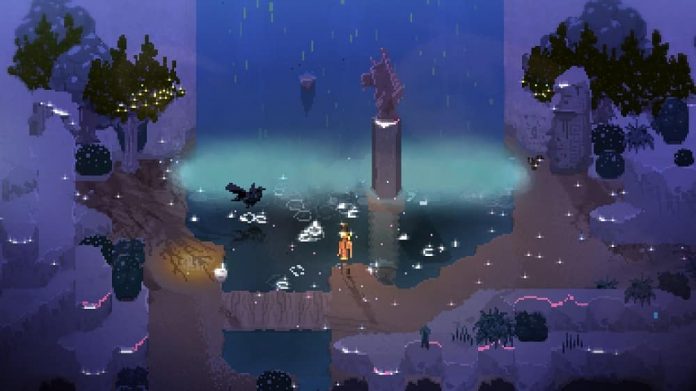 Songbringer is a flashback to the days of pixel filled worlds full of discovery, adventure, and challenge. While not perfect, it’s a beautiful ode to the days of old.

What Songbringer is, more than anything else, is a labor of love. Nathanael Weiss, the one-man army behind Wizard Fu Games, promised to hand out a Zelda-esque action/adventure title for the backers on Kickstarter. The end result, the game itself, is exactly what he promised. While not as sharp or full of life as the amazing early Zelda games, Songbringer successfully reminds the player of them. Although built for replayability, the roguelike elements wear off sooner than you’d like as the game isn’t nearly as dense as some of its brethren. Still, there’s a bit of magic in this world if you’re willing to look, or if you’re familiar with old school adventure games.

After being separated from and losing contact with your ship, the Songbringer, you take the role of Roq. You and your robot buddy Jib will adventure out into a procedural world after putting in a six digit code, which creates one just for you. In my two seeds I had some varied results. One world was rich with woods and forests, while another was split between swamp and sand. While the grid system easily shifts the layout of each seed, enemy variation is limited. Non-boss enemies don’t possess many unique abilities, and disposing of them rarely requires different strategies. Yet, no enemy is particularly easy. The game, inside and outside of dungeons, is difficult and rewards patience. In each seed, you’ll aim to clear a handful of dungeons full of traps, puzzles, and enemies. 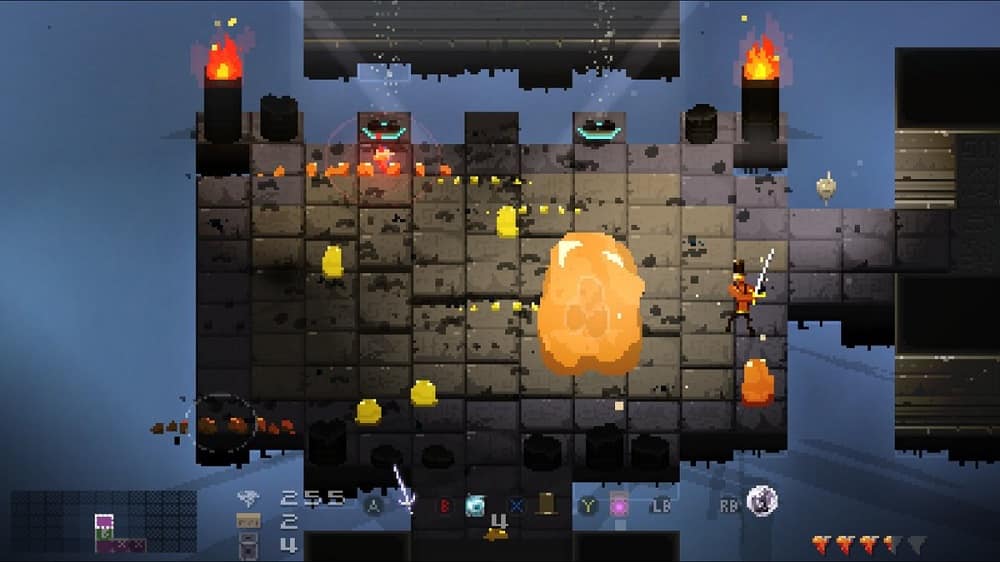 The dungeons are rich with enemies and finish with difficult bosses. One of the best parts of Songbringer is how each dungeon leans in a different direction. Some are puzzle heavy while others focus on battle, though many sit somewhere inbetween. While the overworld is large it is a bit sparse, which makes the dungeons a welcome break. Bosses vary from projectile monsters to bouncy blobs, and each one is as ferocious as the last. The puzzles, however, leave you wanting most of the time. They’re either too simple or solved through guess work before something comes to mind. Admittedly, the dungeons were the main reason I played more than one seed. It’s not that Songbringer scared me off, it just didn’t necessarily call me back after a few playthroughs. Although it looks fantastically retro and sounds great, it lacks the depth most roguelikes possess.

Combat in Songbringer is quite slim, and one its drawbacks. Although akin to combat in older Zelda games, it gets a bit stagnant and makes each battle very one dimensional. You’ll have bombs and a magical top hat to use as weapons, but even then, most battles, especially boss fights, boil down to button mashing that sword of yours. The Nanosword is a fabulous weapon capable of casting shadows of itself across the screen at full health, but its moveset is boring and rigid. In that sense, Songbringer accomplishes its goal of being a Zelda fan’s procedural dream, but anyone outside of that demographic might feel a bit lost. It’s easy to get a hold of, but the lack of combat depth, weapon variety, and enemy movesets makes it needlessly frustrating at times. Sometimes, it’s the artificial difficulty that gets to you well before anything else. 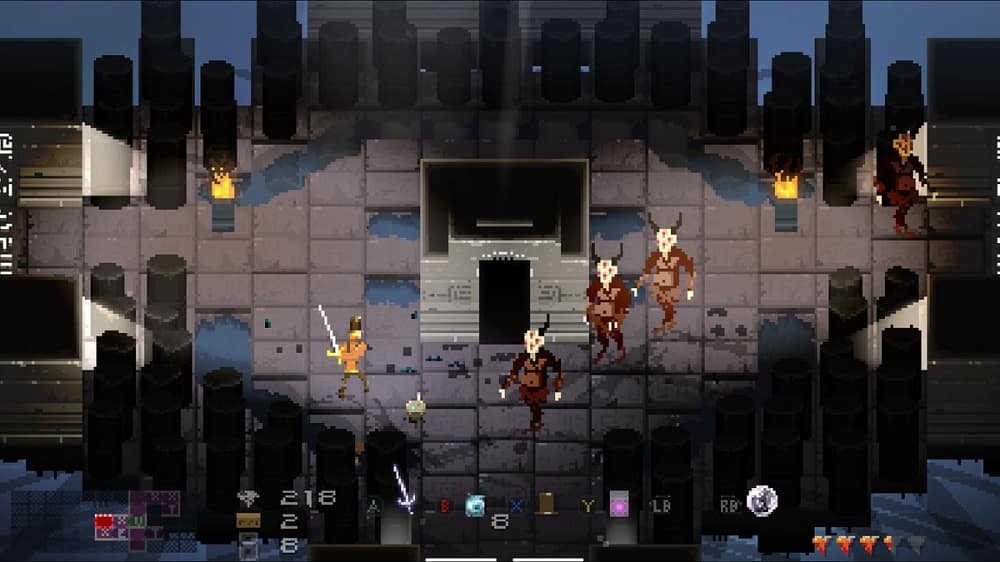 There’s plenty of little things to do in Songbringer that can boost your survivability. You can mix elemental powers with your weapons to create ice swords or electric bombs, and spend your diamonds on health flasks, or little devices for locating larger enemies. The overworld is vast and deadly, but always make sure you’re ready for a dungeon run. The story within Songbringer is fantastical, strange, and pretty funny. Though most of the narrative is part of the finale of the game. It’s a bit underwhelming for a world bursting with imagination, but the action is where Songbringer really shines through. No matter what seed you play, the story remains while the world shifts. It truly is a love letter for old school adventure fans, and clearly created with heart and care.

Unlike some other roguelikes, Songbringer didn’t quite suck me in. The shortcomings in gameplay, variation, and narrative make the desire of another run fade away quicker than most. That said, it is still a challenging, fun and creative example of the genre. Nathanael Weiss poured some real magic into this game, and as a NES Zelda fan, I can appreciate what Songbringer is. If you’re looking for a killer retro roguelike with some hints of the olden days, add this one to the list. While it does have cracks on its surface, underneath those cracks, Songbringer sings a beautiful tune.

Songbringer is available on PC, PlayStation 4 and Xbox One. We reviewed the PC version.