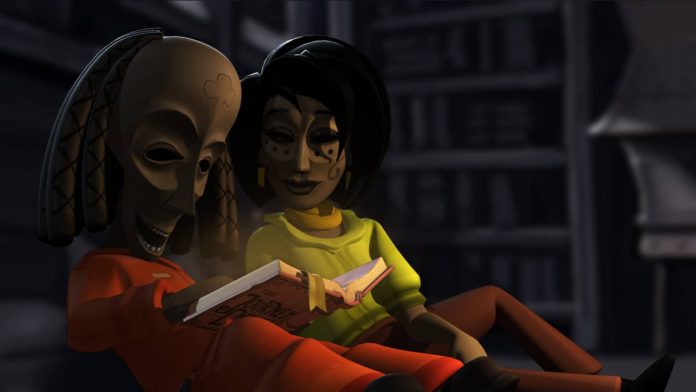 It’s not often that you get to see a studio grow, learn and improve over the course of a single game. Thanks to the episodic nature of Skygoblin’s The Journey Down though, that’s exactly what I’ve spent the last few days witnessing.

Based on 2010’s freeware title The Journey Down: Over the Edge, the first episode of its remake was released in 2012, and this week saw the release of the third and final chapter of The Journey Down.

In a world quite dissimilar to ours, protagonist Bwana is offered a chance to make a bit of cash by ferrying a missing professor’s assistant down into the Underland. Along the way they come up against many tropes from many genres in a mish-mash of culture and storytelling that is as fun as it is eclectic. 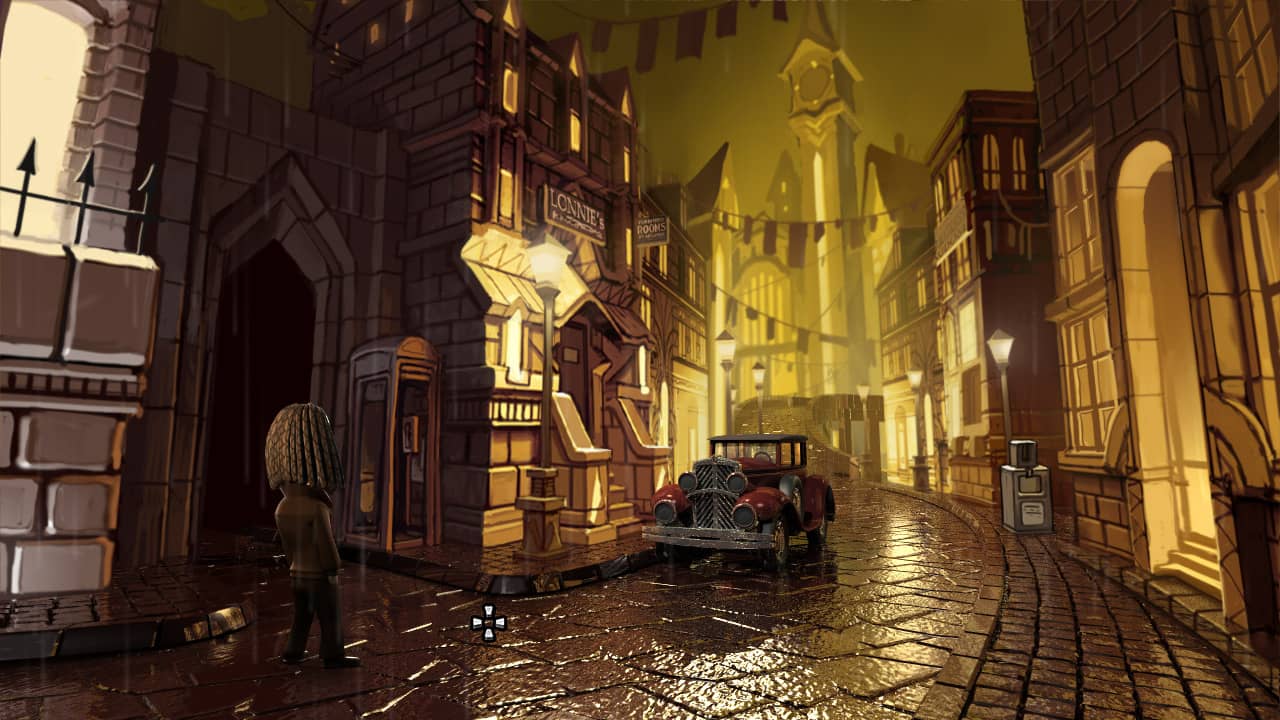 Probably the most notable similarities are drawn between The Journey Down and Lucasarts’ Grim Fandango; both explore perilous lands on a search for truth and missing people, both draw from a variety of sources to produce a rich and colourful take on what otherwise would be recognisably film noir, and they both share a lot of art and design characteristics. Oh, and I now count both of them as some of my favourite games in the graphical adventure genre.

Fortunately for me, I got to play all three chapters of The Journey Down more or less in one go, and one of the most impressive things about the game is how much you can see the studio learning and honing their craft as the years have progressed.

In Chapter One, protagonist Bwana needs to get his plane up and running so he can take on a charter that might help clear his debt to the power company. As the player, it means completing a series of fairly basic puzzles across a fairly small area. It’s a fun introduction to the game’s major players as well as the strange world they occupy: a taboo Underland, the fact that ships travel down to other areas of the world, and the practically dictatorial power company are amongst the many mysteries laid out in the first few hours. All in all, it’s a great start, though it does commit a few standard point-and-click offences.

Chief amongst these is the fact that some puzzles seem to solve themselves once you’ve got the right items or information, robbing you of the triumph of figuring it out for yourself. There are also perhaps too many red herrings and a certain sense of linearity in the puzzles adds to some of the early disappointment, but the vibrancy and intrigue in the world and characters is a high point, as is the excellent and rather witty writing throughout. 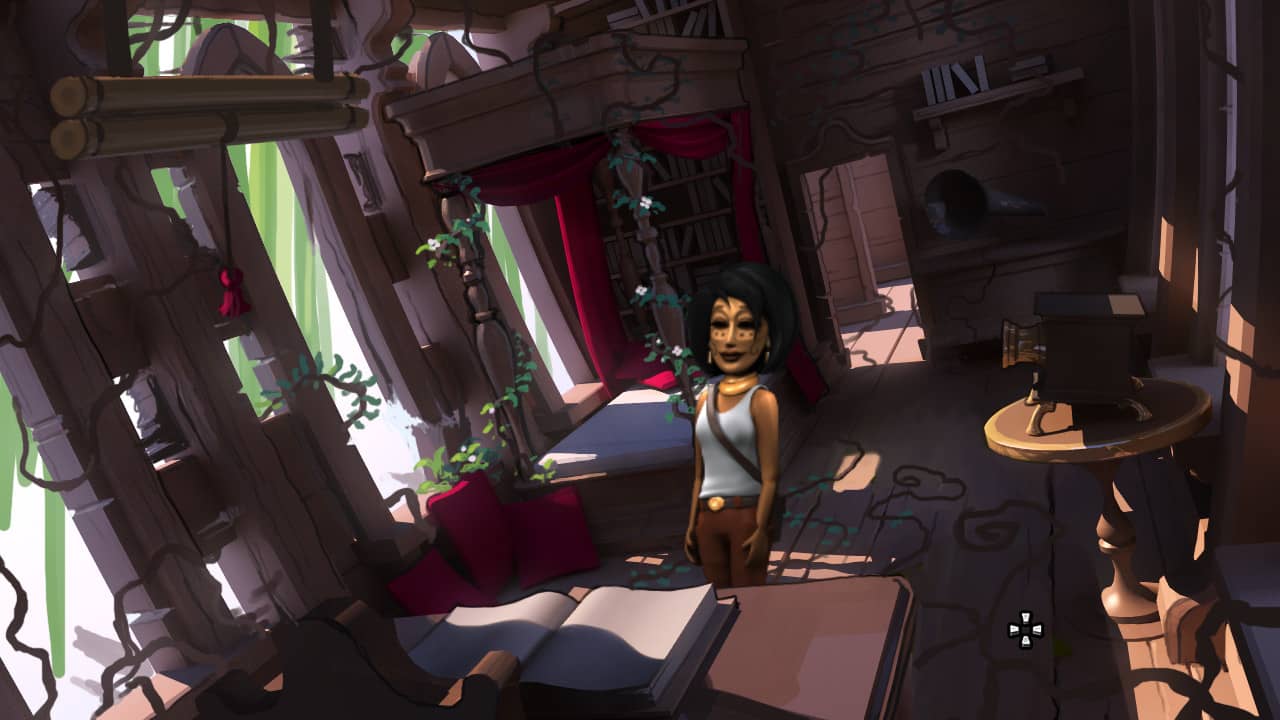 Chapter Two sorts out many of these problems. Having different puzzles to solve across a much higher number of areas at the same time is great, and almost all of the setups lead to interesting payoffs. The puzzles being routinely logical make them somewhat easy, but they are interesting and fun nonetheless.

Though the game’s makers at Skygoblin had certainly learned from their own works, it’s clear to see that they’ve carefully studied the output of their peers and forebears as well. Their inspirations are clear and varied; represented throughout the three chapters in designs, audio cues, dialogue, items and even puzzle elements. But while some games may just make reference to these things, it’s obvious that Skygoblin has spent a long time studying, identifying and improving on what has gone before.

All of this learning and development culminates in a third chapter that is easily as impressive as almost all of the output from the so-called ‘golden age’ of graphical adventures, and moreso than pretty much any pretender released since. With a wide range of places to explore, characters to meet and a heck of a lot of cool and interesting puzzles to solve, the third chapter delivers on the promise of the previous two and even includes a stint where you leave Bwana to take the reins of another character caught in an incredibly perilous situation.

Across all three chapters, puzzles are almost always logical. You are sometimes able to use the same item to overcome multiple problems, there are often discreet hints in flavour text or dialogue, and there’s always a great feeling of satisfaction when you complete a puzzle. Probably my favourite change to the third chapter is that no puzzle robs you of that moment of solving something for yourself – a sore point for the first chapter that was only marginally rectified in the second. 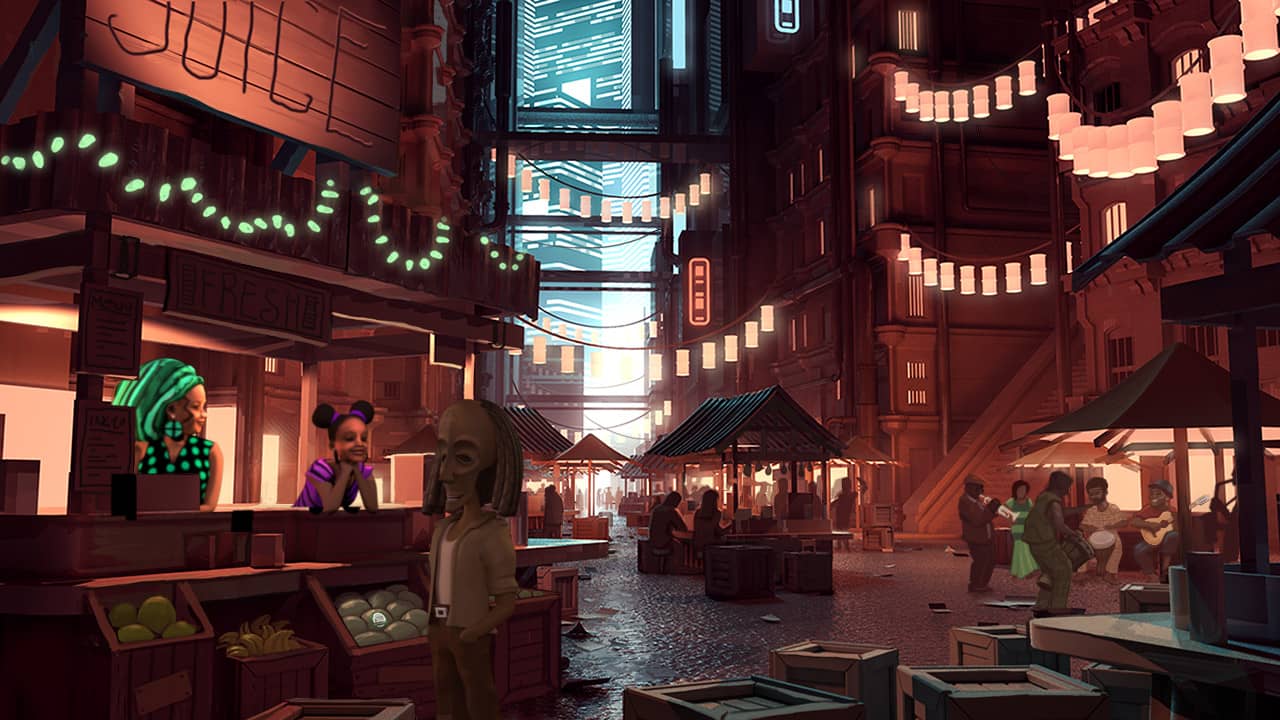 The Journey Down doesn’t have the best graphics. It doesn’t have the best sound; heck, some of the dialogue, even in the third chapter, sounds as though it was done through an unpowered headset mic from the 90s, and the credits make it abundantly clear that a lot of the effects come courtesy of sites like freesound.org (not that there’s anything particularly wrong with that). But it really, really doesn’t matter. The African-inspired look has a wonderful charm of its own and the somewhat cartoonish characters, Lego minifigure-style hands and all, do everything that they need to do to act, interact and react their way through every scene. That being said, The Journey Down gets so much of the gameplay, the feel and the experience right that those problems should have hardly any impact on your enjoyment of the game as a whole.

Purely in terms of story, the main plot elements of The Journey Down probably aren’t going to be too much of a surprise and, once you’ve gotten over the hurdle of learning how this world works, you’re probably going to be able to predict its ending fairly accurately. As far as the third chapter goes, it’s a pretty fitting end to the game and ties everything up quite nicely – if, as I’ve said, a little predictably. There are some cool portions to this last part and it does feel much more fast-paced and urgent, especially towards the end where the early sprawling nature of the puzzles thins down to give you a sort of rushing feeling that really helps to convince you that you’re coming to the game’s climax.

Sure, there are a few flaws here and there but for anyone who grew up on the classics from Sierra and Lucasarts, who cut their teeth on Beneath a Steel Sky or Broken Sword, or anyone who is, just now, discovering a love of graphical adventure games, The Journey Down presents the perfect opportunity to see just how fans, like you, can take what they’ve learned from games they love and turn them into a shining example of what this genre can offer.

The Journey Down is available on PC.