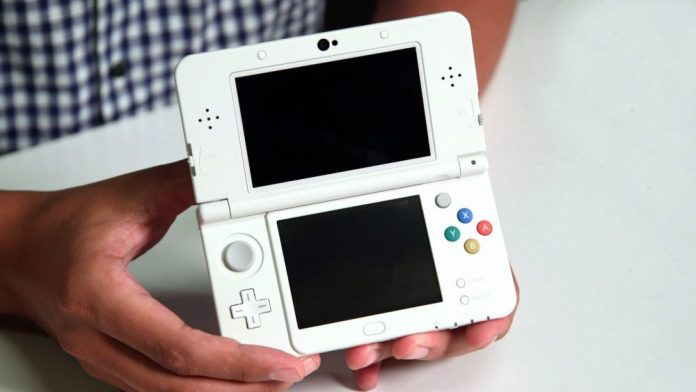 Last Friday’s jam-packed Nintendo direct revealed quite a lot about the company’s current mindset and place in the market.

Not only did we get a slew of surprise announcements and nailed-down dates for certain highly-anticipated releases, but the show really emphasised the fact that the Switch is an exciting eco-system to be a part of, for both gamers and developers alike. The Direct signified a much more confident Nintendo, one eager to tempt any marginally interested parties still teetering on the edge of buying a Switch, welcoming them with open arms as if to say, “It’s okay, we’ll never leave you again!”.

Then came the news of yet another iteration of the 2DS XL. This time a Pokéball inspired one. It’s the latest in a long line of special edition systems to be welcomed into the 3DS family pantheon, not too dissimilar to how dead Vikings could theoretically look forward to being ushered through the gates of Valhalla. Wow, that took a dark turn. Sorry!

Yes, it’s a very nice 3DS. Dare I even say it may be one of the prettiest. But for as much as Nintendo continues to drive forward and innovate via subtle improvements and additions to its handheld/console hybrid platform, there always seems to be a piece of them looking back to give a cheeky wink to the 67 million 3DS owners.

I mean, come on. Seriously. Who’s buying a 3DS in 2017? Anyway, should you be in the market for one, we’ve counted down the top 10 limited edition 3DS systems that will be desirable to any Nintendo fan and/or collector of things. Phwoar! 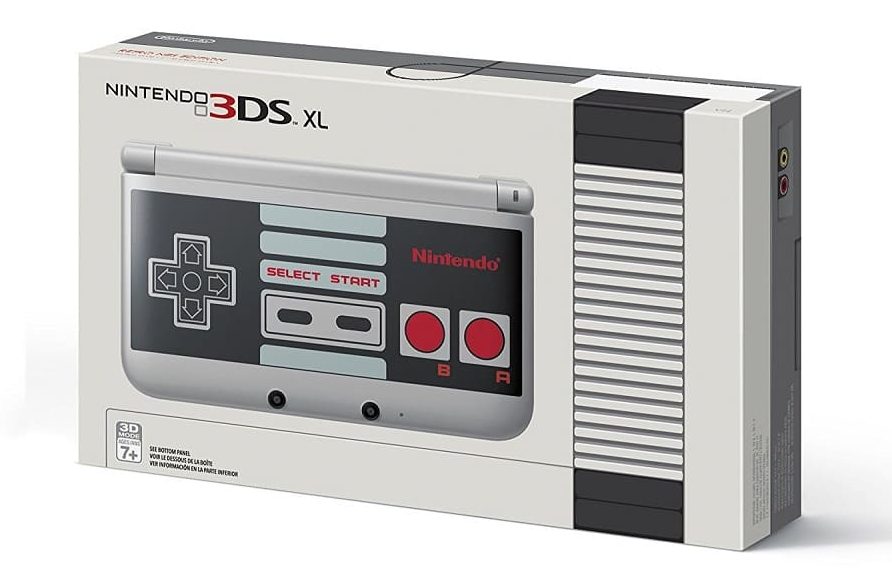 Just like an over-enthused hype man ready to sock you a low blow, sometimes it’s important to remember where you came from. Released exclusively in North America back in 2014, the NES-inspired 3DS XL is by far the best way of tapping into your 1980s nostalgia, featuring plenty of subtle touches that’ll have the big kid inside you chomping at the bit to play Mario’s more modern adventures. 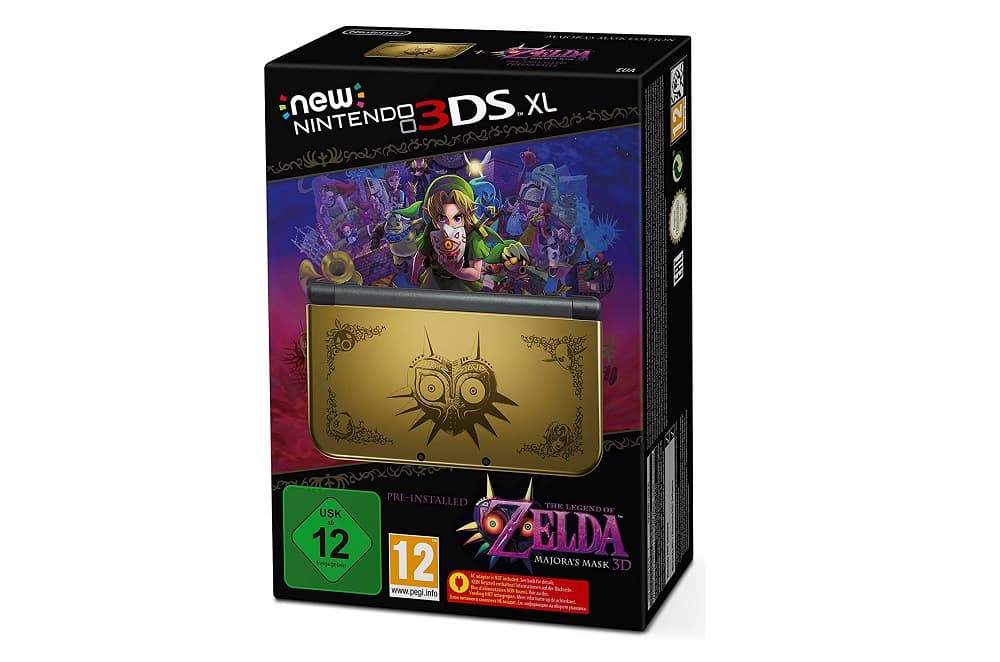 It was only a matter of time before Majora’s Mask would undergo a second wind on Nintendo’s trusted little handheld. Grezzo had done such a great job on the 3DS Ocarina of Time port, it’d be a crime to not let them get their mitts all over that Zelda game’s unusually dark successor.

Nintendo capitalised on such an occasion by releasing a stunning gold-finished New 3DS XL console, prominently featuring each of the game’s four prominent races while surrounding the unmistakable skull kid mask. 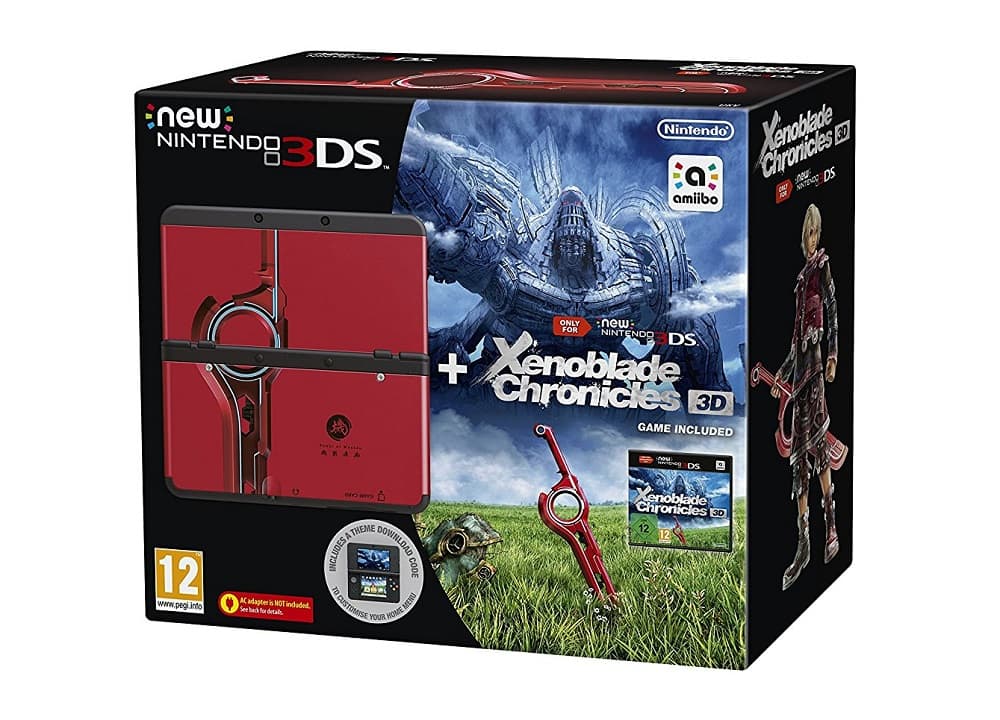 What’s the best way to celebrate the release of one of the few games exclusive to Nintendo’s “New” 3DS line of portable consoles? With a special edition system of course, and an undeniably beautiful one at that. Coloured in a deep red reminiscent of Xenoblade Chronicles’ iconic weapon, this New Nintendo 3DS is quite minimalist but also striking, thanks in part due to the bold black which borders its edges.

Whopping out a 3DS that features a sword striking through both the top and bottom halves in public lets people know you mean business, providing you can get your hands on one.

To say that people were excited for the next generation of Pokémon games on 3DS was an understatement. They are, after all, one of the industry’s most reliable and just generally disaster-free combinations, consistently putting out decent iterations of everyone’s favourite pocket monster phenomenon.

The dual 3DS XL consoles released alongside Pokémon X & Y were sleek, shiny, and better yet, prominently featured the game’s respective legendaries. Making them available in either Red and Blue was a nice little call back to the original Gameboy release too. 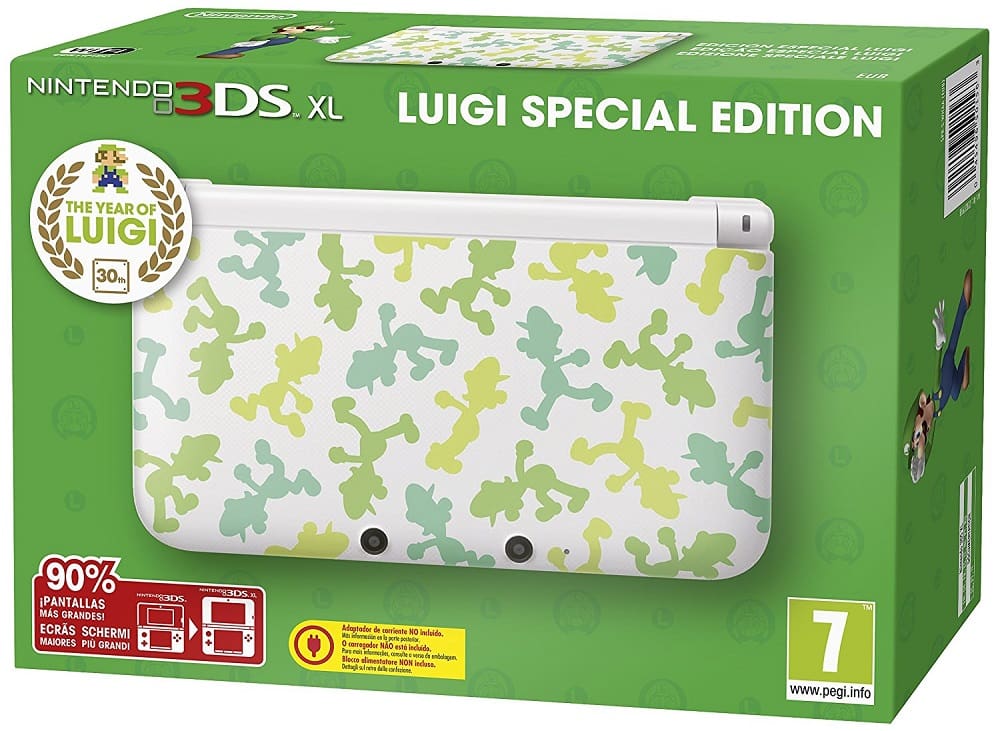 Looking back now, Nintendo’s decision to dedicate an entire year of celebration to the often-distressed, younger but slightly taller brother of Mario was odd, but one that arguably only Nintendo is crazy enough to pull off. All in all it worked!

The year of Luigi saw the release of not one, but two Luigi-orientated games in Luigi’s Mansion 2 and New Super Luigi U, as well as an accompanying 3DS XL. Sporadically dotting about silhouettes of the lanky moustached plumber in different shades of green, the console is simple but quirky.