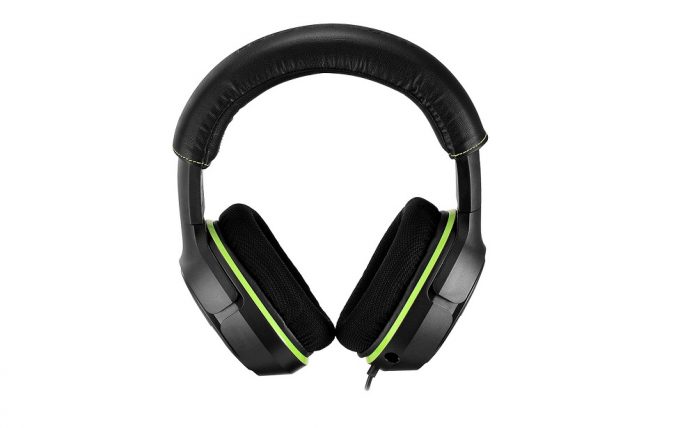 Buying a budget gaming headset can always be a bit of a gamble.

While paying more doesn’t always mean you’ll be getting something that’ll blow your socks off, at the lower end, not doing your research can mean you end up with something so lame that you’ll want to replace it in a flash. It means that more often than not you end up spending just as much as you would have by simply buying a more expensive headset in the first place. Quite frankly, it’s a pain, but with the likes of Turtle Beach making products like the new XO Three, you can have good audio and build quality without putting too much of a dent in your bank balance.

With an RRP of £49.99, the Turtle Beach XO Three is a wired gaming headset that can be picked up online for as little as £39.99. For that price, it’s a steal. Packaged to attract Xbox One gamers, the headset will also work with the PlayStation 4 and PC, though to use chat functionality PC owners would need to buy a splitter. In all honestly though, if you are primarily a PC gamer this headset isn’t for you; with a cable that’s only about one metre long, it’s ideal to plug into a PlayStation 4 or Xbox One controller, but it feels a bit restrictive when plugged into a PC tower, monitor or speakers. 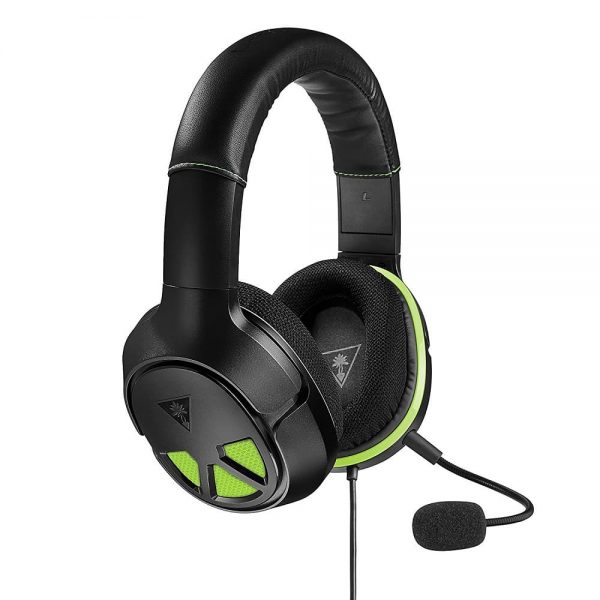 Removing the headset from its packaging, I was pleasantly surprised by its look and build quality. Largely of plastic construction, it feels rather solid and there’s little in the way of creaking when you handle it. What’s really nice though is the large padded area that rests on your head, ensuring that the headset remains comfortable even during extended use. In combination with its soft-to-the-touch earcups, which are also very pleasant, the XO Three is a headset that I would very happily wear again and again.

In addition to its decent build quality for a sub £50 headset and great deal of comfort, the XO Three delivers on sound quality too. Audio is clear and crisp, there’s a nice balance of bass and treble, and if you’re using the headset with an Xbox One or Windows 10 PC it even supports simulated surround sound which is pretty convincing. Explosions and collisions have real presence and impact, and you’ll notice subtle noises that you perhaps might have missed before. Sure, it’s not going to wow audiophiles, but for the price it’s better than you’d expect. 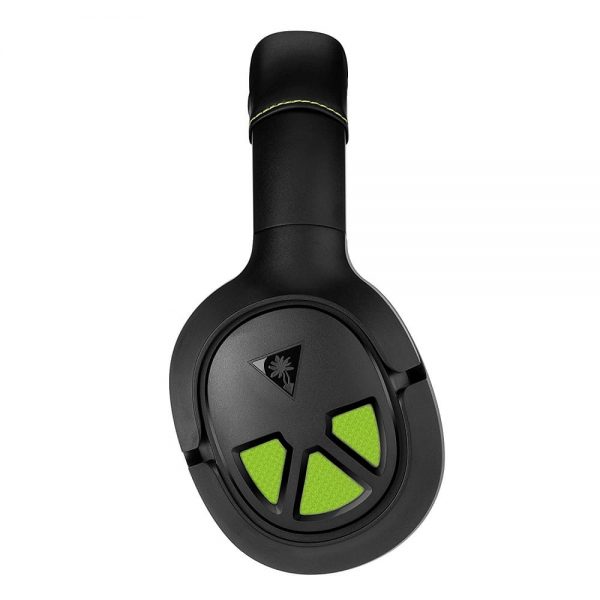 Like many modern gaming headsets the mic is detachable, so you don’t have to have it getting the way if you don’t want to be sociable. When you do want to use it however, it fits in place firmly and easily, and speech quality is natural and clear. The inline volume control allows you to turn the mic on and off quickly, which is great for when you want to have a private conversation with someone in the room, though it doesn’t allow you to change audio balance. You’ll need to go into your console’s system settings for that, unfortunately.

Overall, the Turtle Beach Ear Force XO Three headset is a very impressive piece of kit. You could spend twice the price and possibly get a headset that’s a bit better, but for around £40 it will meet all your needs without making you bankrupt. It’s very comfortable to wear, has great sound quality and probably won’t break if you’re a little rough with it. What more could you want?