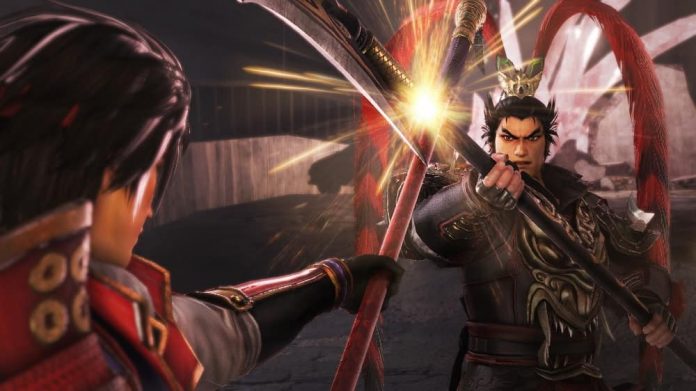 It’s for this reason that Koei Tecmo’s Warriors games are so appealling; who doesn’t like waging war against thousands of opponents, cutting them down with a flashy display of combat aptitude? I’ve certainly not grown tired of it yet, and I don’t think I will anytime soon, especially when the likes of Warriors All-Stars is being freshly served up.

The first Warriors mash-up title of its kind, Warriors All-Stars brings together a cast of characters from over 12 franchises, some of which we aren’t too familiar with over here in the West. Rest assured, however, that if you’re a fan of Koei Tecmo’s output, you’ll find at least a handful that you’ll be eager to get to grips with.

Delving into Warriors All-Stars one and only gameplay mode, you’ll initially have a choice of 12 characters – one from each franchise featured. There’s William from the brilliant Nioh, Kasumi from Dead or Alive, and Nobunyaga Oda from Samurai Cats to name but a few, though as you play, you can recruit many more characters to your team and even take control of them. In fact, there are over 30 characters for you to battle with overall, each with their own unique moveset and special skills. 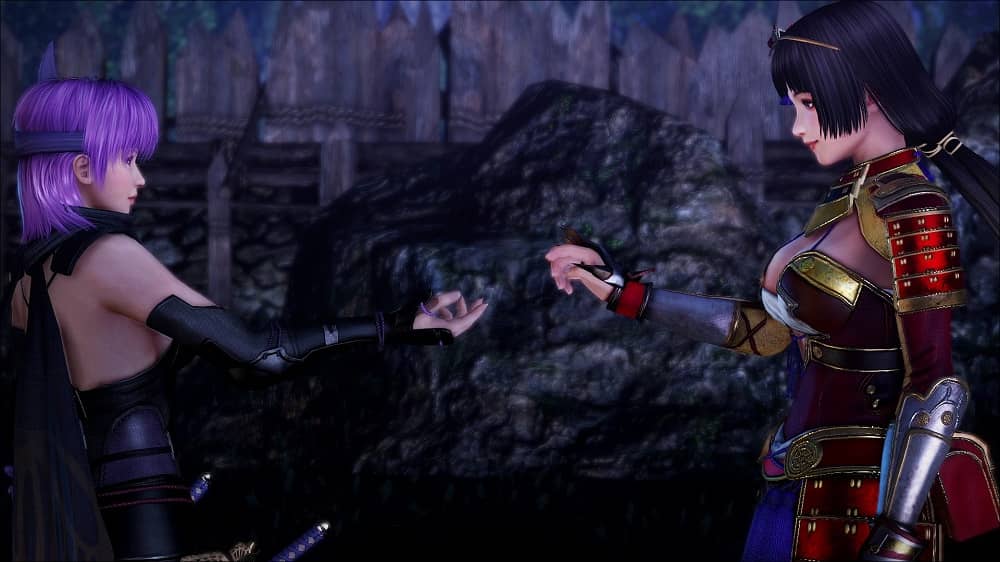 The gameplay itself follows the usual Dynasty Warriors template. As storied heroes of faraway lands, you’ve been summoned to a mysterious world on the brink of collapse, inhabited by a race of anthropomorphic beasts. It transpires that the only way for you to return home is to help save the troubled land by restoring an unusual spring, and with three prominent figureheads all vying to be the next ruler, you’ll find yourself fighting to help one of them achieve their goal.

Combat is as familiar as ever, with standard and heavy attacks that can be combined to make combos and a screen clearing special attack that’s handy for when you want to defeat enemies fast. Warriors All-Stars also has a few unique systems of its own, making combat just that bit more fanciful.

While you only ever control one character directly in battle, you can take along up to four friends to aid you in various ways. You can extend a devastating combo by bringing them in for a final hit, for instance, or summon them to perform one of their unique skills. You can even make them fight by your side, standing in line to make a formidable wall of violence. 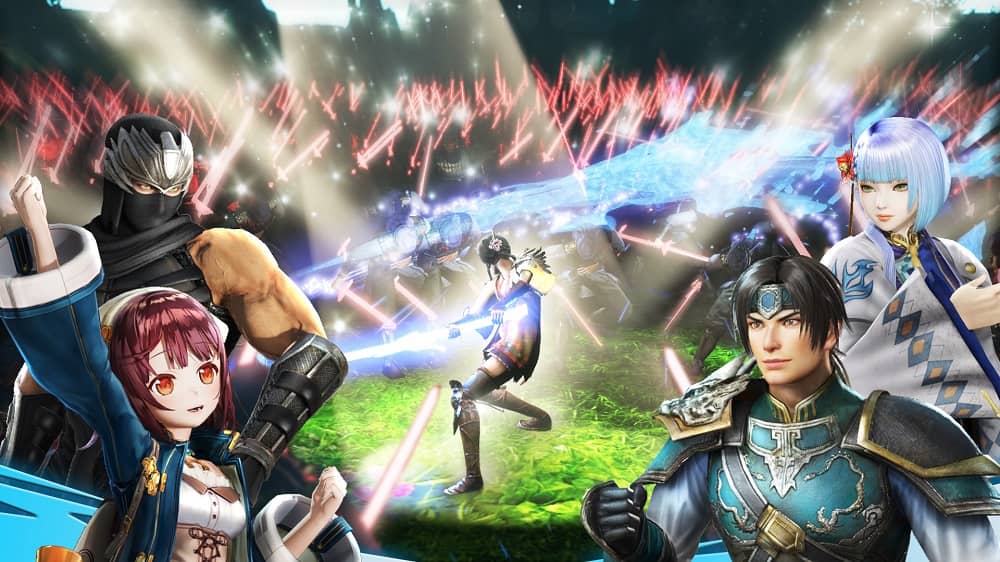 They’ll also gleefully cheer you on as you take the spotlight by activating Musou Rush mode. Slowing down time to allow you to mercilessly slaughter hundreds of enemies at your leisure, during Musou Rush mode your friends will look on in admiration, bestowing you with precious additional seconds of time as you reach killing milestones. And when it’s over, you’ll gain a wealth of gold and experience for your showmanship.

For all its flair though, capturing bases and defeating the heroes that stand against you toe-to-toe is still the bread and butter of Warriors All-Stars. The zaniness of its cast of characters and the wealth of unique gameplay features truly revitalises the action however, and there’s a lot of it to be done.

Across a sprawling world map, you can, and should, engage in a wide variety of field missions, fighting to gain new recruits to stand by your side as well as gold, materials and experience. Of course, there are also story missions to undertake, but by unlocking new characters you may open up new branching paths, changing how the story plays out on the whole.

Completing a handful of field missions between each bigger plot-driving battle, I reached my first Warriors All-Stars ending after around eight hours of play. With three storylines to follow, each with their own branching paths and a wealth of character development that can be carried between playthroughs, then, Warriors All-Stars can easily keep you occupied for more than 30 hours. 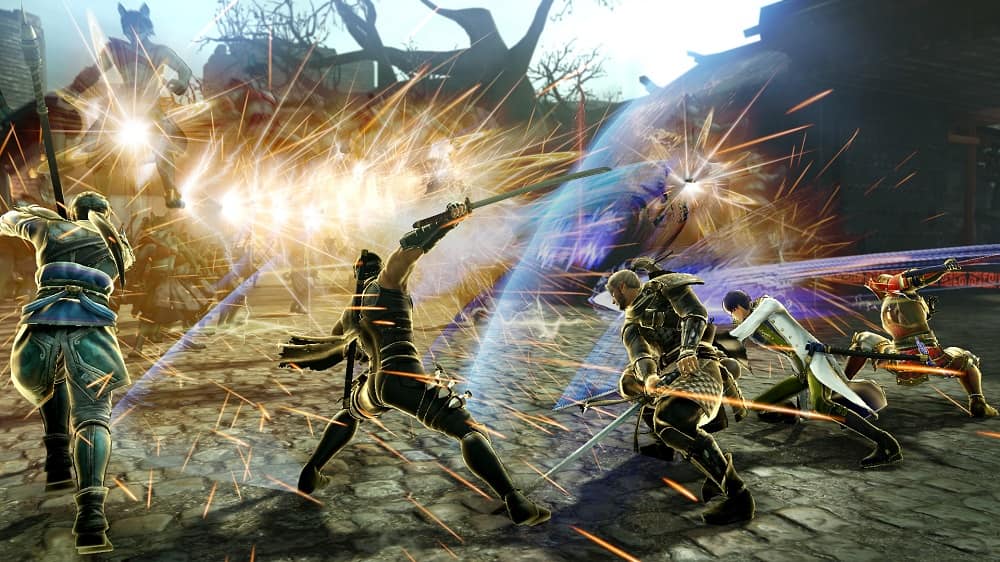 Aside from the lack of a Free Battle mode, which seems like a strange omission, perhaps the only aspect of Warriors All-Stars that falls flat is its Hero Card system that feels pretty redundant. While you can level up each of your warriors by gaining experience, and unlock some special benefits by building bonds with other characters, Hero cards can be equipped to further boost your stats and provide some additional bonuses. Unfortunately, obtaining and developing good Hero Cards is a convoluted and drawn-out process; one that doesn’t feel like it’s worth the effort.

I tried both the PlayStation 4 and PC versions of Warriors All-Stars for the purposes of this review. Both have the same content and features, but while the PlayStation 4 version performed admirably aside from some strange framerate issues confined to an introductory mission, the PC version is the one I’ll be going back to thanks to its cleaner visuals and higher framerate.

Warriors All-Stars has quickly become my favourite Warriors game of recent times. The great cast, the huge amount of content and the smattering of unique game mechanics all combine to make a game that’s fun despite its repetitive nature. It’s yet again a ridiculous power fantasy, but this time with more colour, wit and humour. That makes it a winner in my book, despite its couple of missteps.

Warriors All-Stars is available on PlayStation 4 and PC. We played both versions for the purpose of this review.