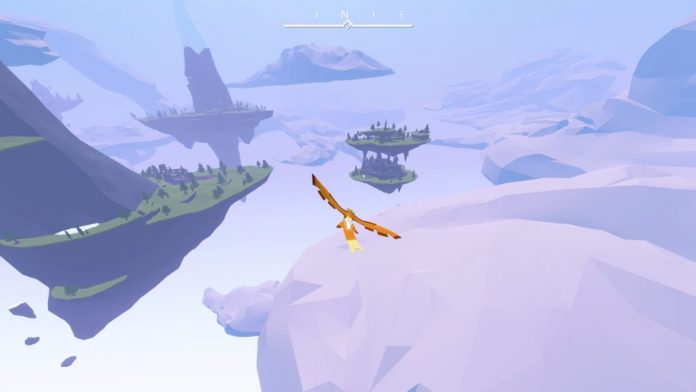 While flying around in AER Memories of Old, I kept repeating a phrase from a track on David Holmes’ Late Night Tales: “a dream on wings”.

AER tells the story of the Great Divide, an event which shattered the world, leaving nothing but floating islands in the sky. In the chaos, the people lost their gods and began to lose faith. Sent on a pilgrimage to stop the world falling into encroaching darkness, you take the role of one of the last shapeshifters, giving you the ability to transform into a bird in order to easily traverse islands. Your task is to visit three temples in order to uncover the secrets of The Great Divide and the oncoming darkness that threatens those still surviving.

Though a relatively short game, AER Memories of Old encourages a lot of exploration, which significantly lengthened my play time. It took me around two and a half hours to finish the game, but I was compelled to jump back in in order to explore and gather some achievements. I spent another almost two hours flying from island to island, taking in the sights that the game had to offer me. 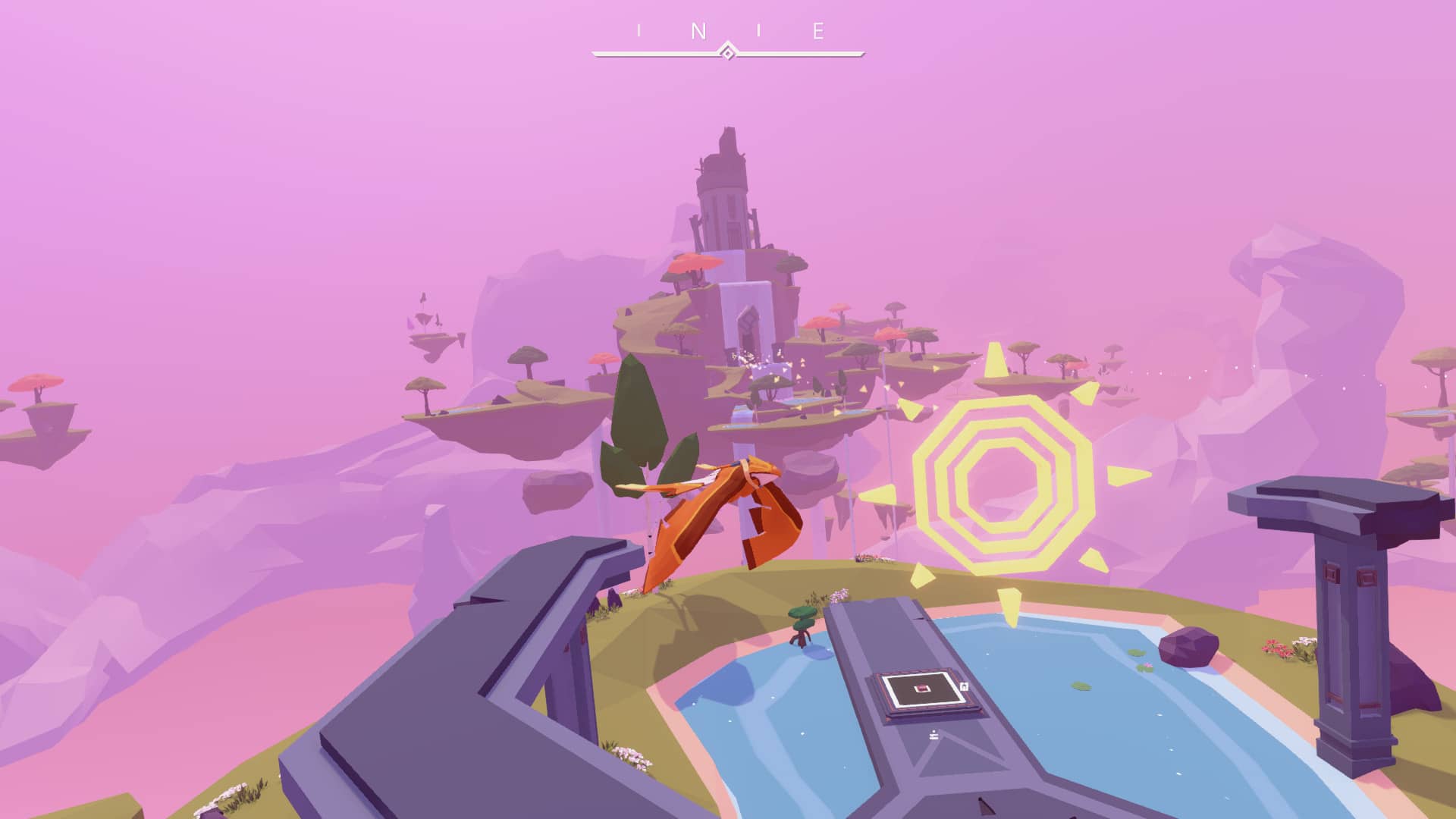 It really is a beautiful game, too. At first glance, AER Memories of Old’s visuals may look a little basic, but thanks to brilliant art direction, its style is really brought to life. Skimming across water, soaring through waterfalls, and gliding through clouds all offer visual feedback that adds to the feeling of freedom as a bird. I at first thought the clouds represented the edges of where I was able to go, yet you can fly straight through them and come out the other side unscathed to reveal a new horizon.

Ghosts of those that lived before, during, and after the divide litter the islands of AER‘s shattered world. The lamp gifted to you in the opening sequence grants the ability to see these ghosts, each of whom may help you with the story but usually have their own stories to tell. You see one bent over the edge of a cliff, hand held out; further down, you see someone fell from the cliff above; parents sacrificing themselves for their children — it’s all quite grim. The ghosts show you the horrific events that led up to The Great Divide, the painful struggles during it, and the ongoing survival afterwards. This is all stuff that you could easily ignore, but I strongly recommend you don’t. 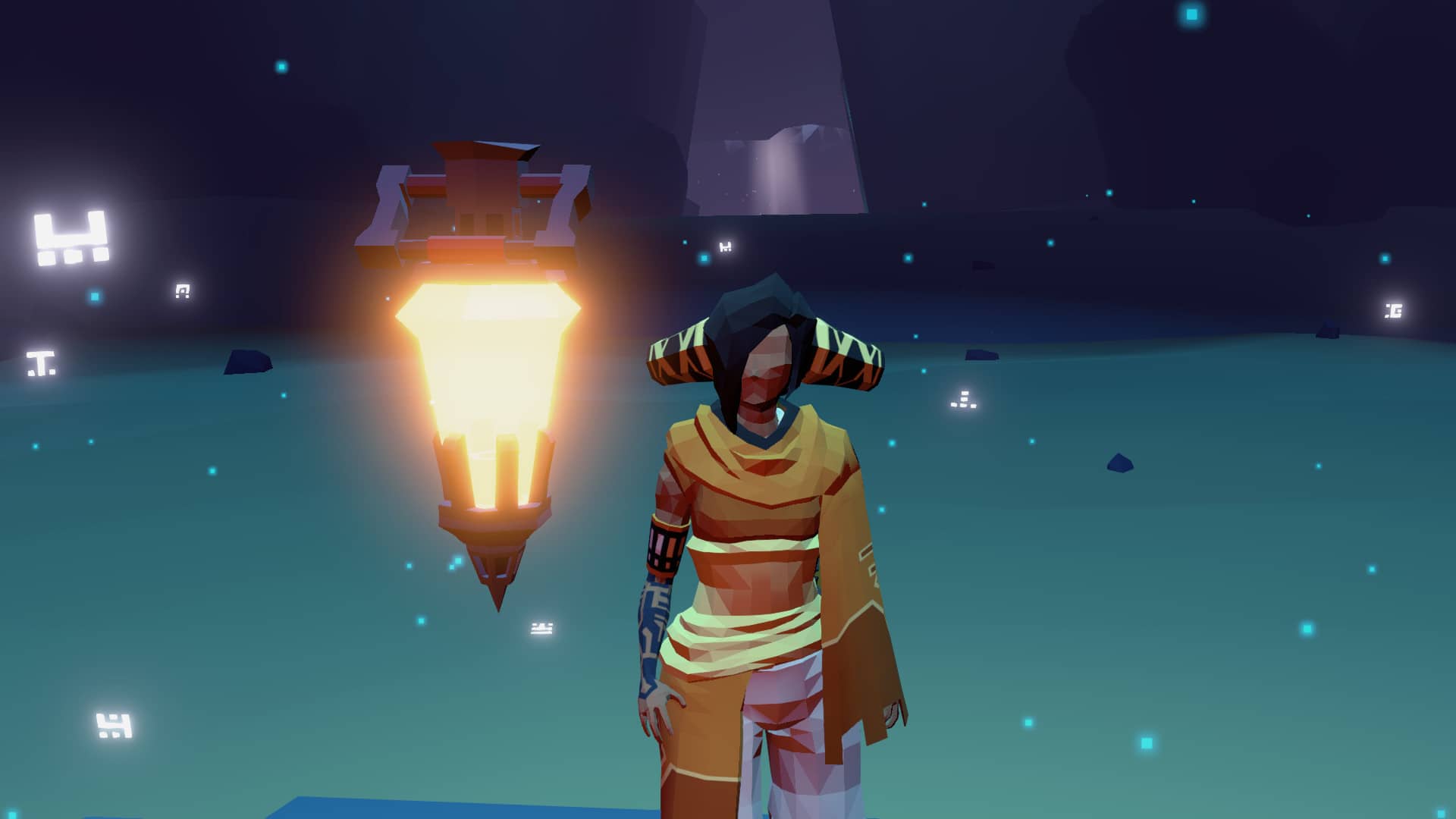 For a game this short, AER Memories of Old’s map is impressive in size. Each of the three temples lie in a very distinct area of the map, and as you fly across different islands you’ll no doubt spot new areas to explore along the way. To enter each temple you first need a key, and these too have their own interesting places to visit to attain them.

Despite being visually impressive, the temples themselves left a lot to be desired. The puzzles in AER Memories of Old never venture close to being difficult, but I at least commend their design in allowing me to know what I had to instantly. There are two steps to puzzles: figuring out what to do, and then figuring out how to do it. Here, both steps happen simultaneously so the challenge is never really there, and unfortunately it relies too much on jumping puzzles. 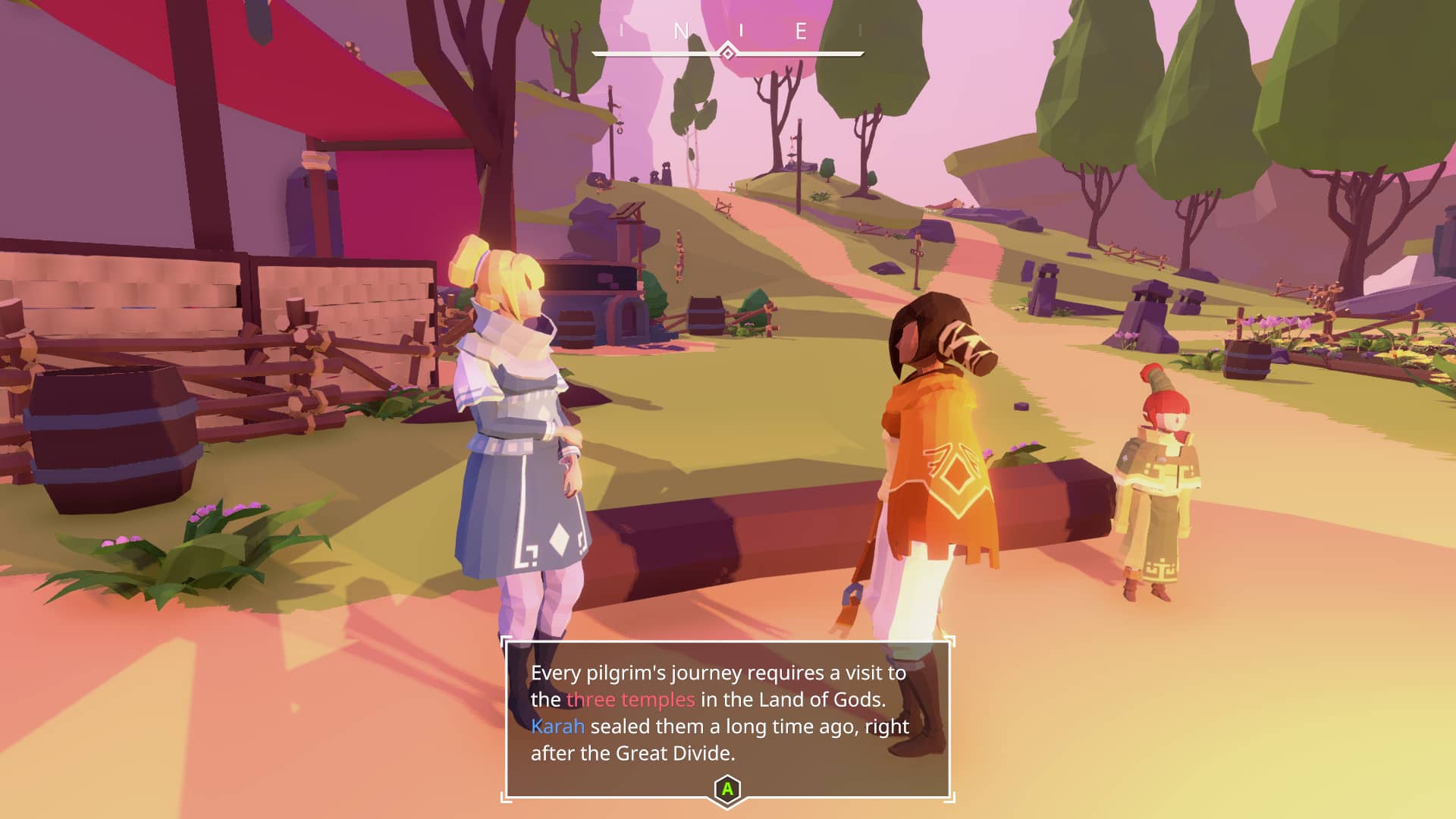 AER is at its best when you’re simply flying around its beautiful world as a bird. On my first flight I spent the first 15 minutes just having fun —  gliding inbetween gaps, soaring up, shifting to human, allowing myself to fall, and shifting back into a bird to soar up again. The transition between bird and human is so satisfying and smooth that I couldn’t help but do it in mid-air for fun, and it looks pretty cool too. You get the hang of flight pretty quickly too, and travelling between islands never becomes boring.

I very much enjoyed my time with AER Memories of Old. It’s not perfect; it’s a little on the short side, its puzzles are a bit lacklustre, and it has an overt religious message — although if anything, that it adds to the world that AER creates. It’s beautifully designed, and if you stop often enough to take in your surroundings, you’ll find a very strong, moving narrative. If nothing else, though, it’s just so much fun to fly around.

AER Memories of Old is available on PC, PS4, and Xbox One. We reviewed the PC version.