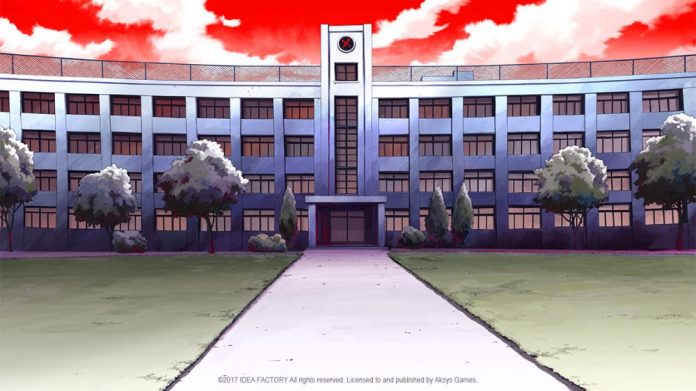 If you haven’t noticed by now, Aksys Games has been on a bit of a roll with its otome releases. Were it not for the PlayStation Vita’s particular place in history, most of them would pass by without much fanfare. Bad Apple Wars, a game with the most eyeroll-worthy title this year, is just such a game that instead has been propelled from the niche otome shadows and into the Vita-loyalists’ spotlight. Sure, Bad Apple Wars is filled with the standard tropes we’ve all come to expect, but it also has one of the best setups I’d seen from a visual novel in quite some time.

The game’s protagonist, Rinka, is on her way to her first day of high school before a terrible accident sends her to the afterlife. Waking up at NEVAEH Academy, a school for the dead, students in this scholarly limbo are told that they’ve been offered a second chance. Yet, not everyone takes the eclectic administrators at their word. Those that follow the rules eventually turn into Good Apples, losing their sense of self in the process. Those that disobey are marked as Bad Apples, delinquents who take it upon themselves to break the rules in order to hold onto their identities. From the beginning of the game, you are forced to take a side. Do you join the titular Bad Apples? Or do you follow the rules and join The Perfects, a group of mask-wearing enforcers who oppose the Bad Apples? The question may seem intriguing, unfortunately the game never uses any nuance in portraying the two sides. It’s clear from the get-go that there is a “good side” and a “bad side”, and even worse is how the game forces you to decide by thrusting the protagonist into an awkward situation robbing the choice of any immediate gravity or weight.

The decision you make isn’t necessarily tangential to the overarching narrative of Bad Apple Wars, but instead simply closes or opens different romance options depending on the choice you make. It makes the whole exercise feel a bit depressing once you notice the gears in the machinery at work. In fact, that same disappointment is felt throughout every choice in the game, outside of romantic options. It seems the game isn’t as interested in providing a changing and fluid story as much as it wants to just give you hunky, emotionally absent men to gawk at – but who’s complaining? Did I mention how emotionally absent the cast is? For a group of delinquents fighting tooth and nail to hold on to their individuality, they all seem rather flat. At least, for the most part. There are a few standouts, like a character that sews everyone’s clothes and a high schooler who thinks he’s a samurai, but most of the Bad Apples seem ridiculously empty. Even after spending time enough time with them to activate a Soul Touch – a moment where you must literally touch certain portions of the screen (you can see where this is going) – there’s a surprising lack of heart in these romantic moments. While the protagonist will seem to go on and on about how nervous or fluttered she is, everyone in the game seems to be too cool for school.

It doesn’t help that much of Bad Apple Wars’ art seems to be fairly mediocre. That’s not to say it’s bad, but I can’t help compare it to numerous better looking visual novels that have come out as of late. While a few of the main romance options seem to always be in revealing poses, showing off their abs or letting their jackets fall halfway off, the game lacks any sort of impact or movement. CGs are relegated to Soul Touch sessions and big story moments alone, and action scenes feel empty without any accompanying animation to liven things up. It may sound that I had a terrible time with Bad Apple Wars, which isn’t totally true. Once things get going, the plot is interesting enough that it pulls you in with ease. As the Bad Apples attempt to break the NEVAEH Academy’s seven unbreakable rules, the game culminates as they try to take a bite from the infamous forbidden apple, which the Bad Apples believe will take them back to their previous lives. No matter which side you pick, be it the Bad Apples or The Perfects, Bad Apple Wars treads some interesting ground asking questions about identity, purpose, and what it means to be alive. When placed in the context of Japan’s modern society, the abusive relationship portrayed between The Perfects and The Bad Apples is important. A lot of it can feel a bit one-sided at times, but its style helps overcome any lacking charm.

For fans of otome games, Bad Apple Wars may feel like a love-it-or-hate-it experience that will mostly depend on how much you’re able to put up with. If you’re able to find aspects of the characters you like, its romance subplots will probably pay off. Yet, even if you can’t, there’s an interesting enough plot that will make its few hours long of a campaign feel justified.