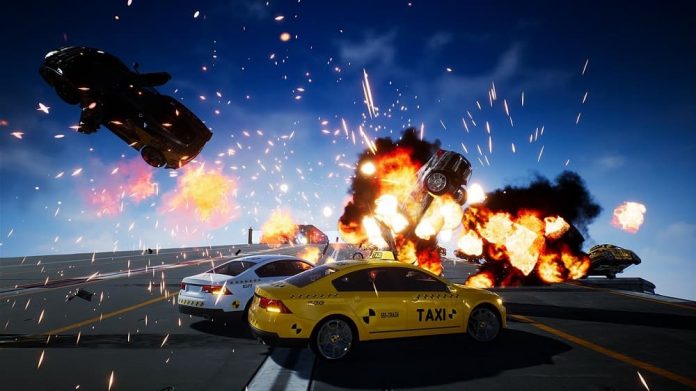 Back when it originally launched on PlayStation 4 and PC, our very own Kim wasn’t particularly impressed with Danger Zone.

She found it to be a short and largely soulless experience; one that felt claustrophobic given its single, dark interior test chamber setting. But here we are just over four months later with an enhanced Xbox One version which graciously addresses many of the game’s problems. PlayStation 4 and PC gamers don’t miss out though, they already have access to many of the improvements via a patch, and they’ll be treated to any additional content sometime in the near future.

The core of Danger Zone remains the same, bar one of two minor adjustments. Causing epic car crashes is the aim of the game, and with overhauled traffic A.I. and more explosions, it’s a task that’s more reliable and fun than ever. To score big, however, and take home the gold and maybe even platinum medals, each level has to be approached like a puzzle.

After a flyby that give you a brief glimpse of the flow of traffic, your first task is to establish where’s the best place to initiate carnage. From that point on, it’s then up to you to make effective use of crashbreakers and aftertouch to collect a string of pickups and cause further mayhem. One crashbreaker is awarded for causing a specified number of vehicles to crash, and upon activation it sends your vehicle skyward with an explosive blast. With skill, you can then direct the course of your wreck until momentum fails you. 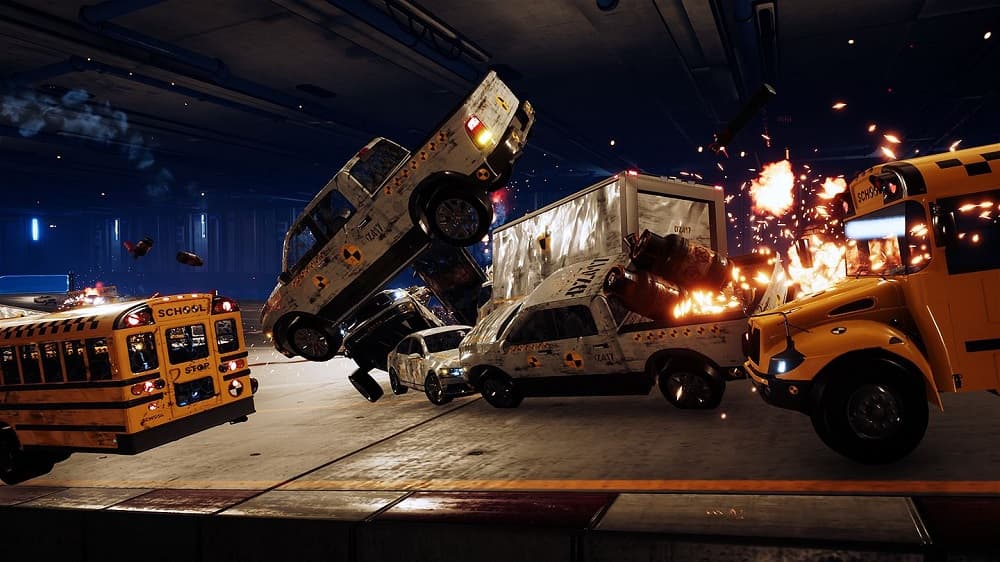 Strewn across each level are a number of cash pickups – three bronze and two silver – and only after collecting them does a high value gold cash pickup appear. Collect them all in a random order and you’ll net yourself a cool 2,500,000 score bonus. This bonus is doubled, however, if you collect the pickups in order, i.e. bronze, then silver, then gold. Thankfully, cash pickups are more often than not accompanied by bonus crashbreaker pickups, allowing you to strategically blast yourself from one to the other.

Danger Zone‘s reliance on you collecting pickups to succeed is a double-edged sword. On the one hand, it rewards awareness, strategy and skill, but on the other, it detracts from the game’s selling point: epic crashes. You often can’t take in and enjoy the chaos and destruction you’re causing as you’re too busy locating the next cash pickup and aiming yourself towards it. There’s a balance to be made between causing pileups and pickup chasing, but Danger Zone always leans more on the latter than the former. Personally, I’d have liked it to be the other way around.

While minor gameplay changes undoubtedly strengthen the Danger Zone experience though, it’s the a raft of visual improvements and new content that really propels this Xbox One version of Danger Zone ahead of the pack. Five new car models have been introduced, and some levels now take place in open air environments that are much more appealing to the eyes. Does it affect the gameplay? No. But it alleviates much of the tedium and gloom that previously encapsulated it, giving the impression that it’s more varied and therefore more enjoyable. 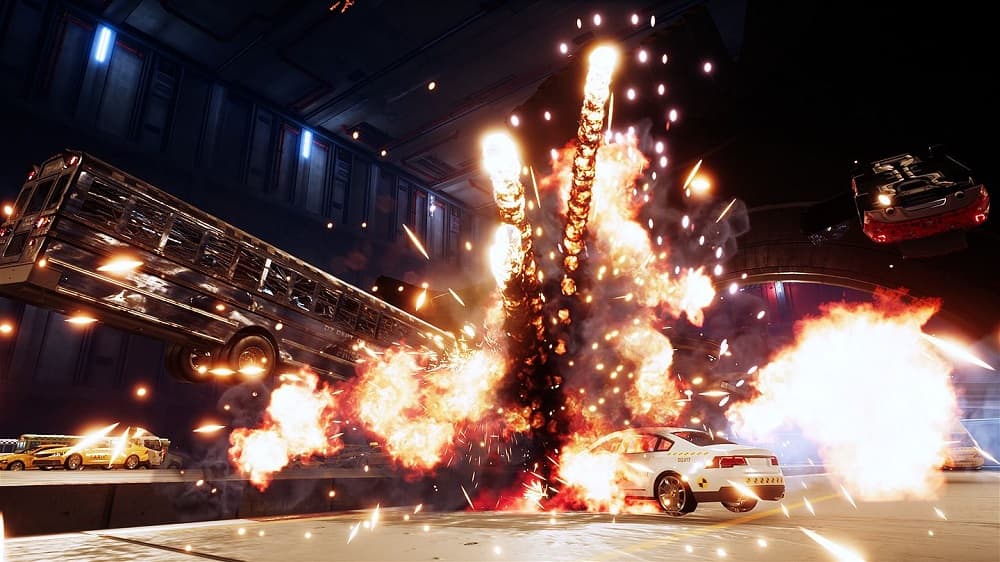 The Xbox One version of Danger Zone also sports an additional 12 levels, bringing the total count up to 32. Now spread across four test phases instead of three, merely passing them all will take a few hours at least, but those who strive to obtain platinum medals or chase high scores on the online leaderboards are likely to find at least 10 hours of crashes and explosions to engage in.

Priced at £11.99 and set to support the Xbox One X when it’s released next month, Danger Zone is now a much more appealing package than it was months ago, and there’s even promise of more content to come. The excitement it provides is still some way away from that of the Burnout series’ crash junctions, but in their absence it goes some distance to fill the void. With more content, a slew of gameplay enhancements and noticeably improved visuals, Xbox One owners may have had to wait for Danger Zone, but it’s definitely been worth it.

Danger Zone is available on PlayStation 4, Xbox One and PC. We reviewed the Xbox One version.