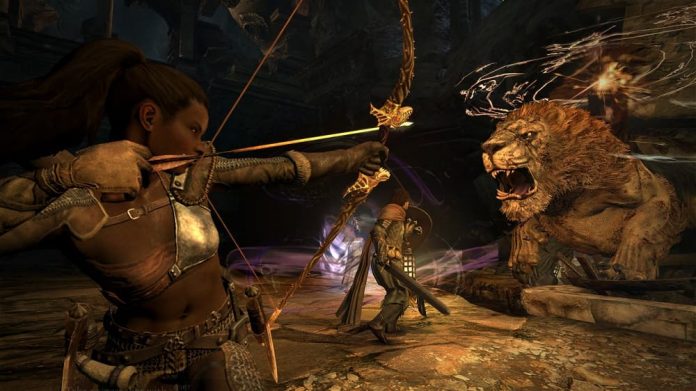 When Dragon’s Dogma was first released on PlayStation 3 and Xbox 360 back in 2012, it didn’t make a huge splash.

Those who gave the game a chance, however, found an endearing action RPG that went on to receive more praise when it was enhanced and expanded upon a year later with Dragon’s Dogma: Dark Arisen. Now, half a decade later, Dragon’s Dogma: Dark Arisen has made its way to current generation platforms. And if returning to the game after all these years has proven anything, it’s that it’s as good as ever.

The first steps you take in the dark fantasy world of Dragon’s Dogma: Dark Arisen is deep within the depths of a dungeon, mid-exploration as someone you don’t know. Accompanied by a few followers, you make your way through until you find yourself ambushed by a giant chimera; one-part snake, one-part goat, one-part lion. This early fight is emblematic of the Dragon’s Dogma experience, one that blends together a uniquely tactile real-time combat system with a meaningful approach towards exploration. Yet, by the time you slay the beast, the real game begins.

After a satisfying character creator, you are made quick work of by a menacing red dragon. Your heart clawed from your chest, still beating, you die and are reborn as the Arisen. Your goal is simple: find the dragon and kill it. 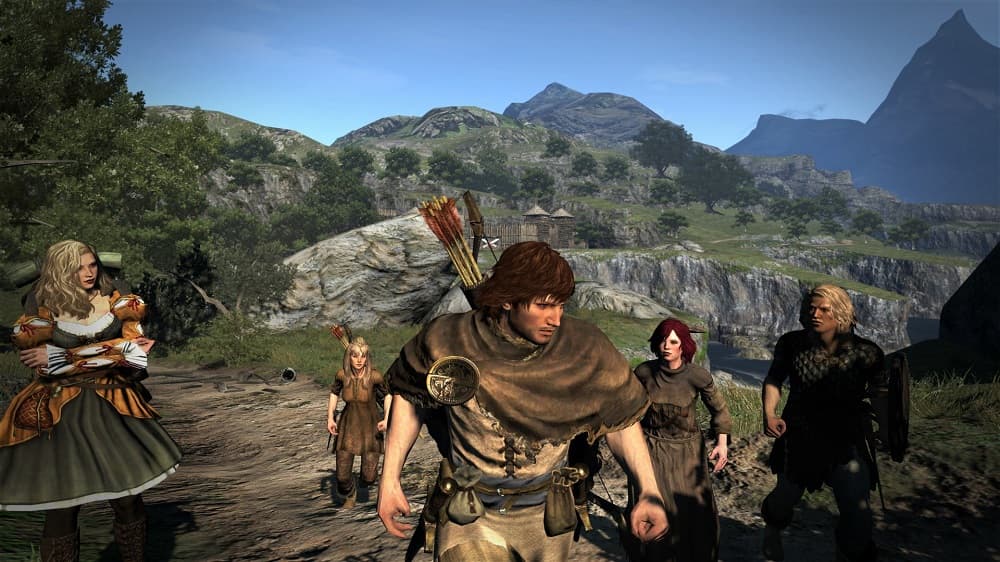 Dragon’s Dogma: Dark Arisen’s narrative is best when it’s uncomplicated. You won’t find a sprawling epic with hundreds of characters to invest in here. Instead, this is a game you make stories out of yourself. It’s surprising seeing such a western-focused approach in a Japanese game, but Capcom’s take is just as refreshing now as it was during the initial release. While there are standout non-playable characters that may become more memorable than others, Dragon’s Dogma: Dark Arisen trades its emotional impact for a game world that is aided by the player’s own interaction. While other RPGs may have a premade cast of characters fill out your adventuring party, Dragon’s Dogma asks you to fill these spots yourself with pawns.

Perhaps one of the most memorable aspects of the game, pawns are player created characters that can be swapped in and out of your party. In the beginning of the game, you create your main pawn who stays by your side throughout your entire journey, who you can equip and level up just as you would your main character. Along the way, you encounter other players’ pawns who you can enlist. Yet pawns are more than just placeholder party members. Those that you enlist are not permanent and, when you are ready, they leave your side and take with them items you may have equipped them with along with a personal rating and note for their players to receive.

It’s this sense of behind-the-scenes communal interaction in Dragon’s Dogma: Dark Arisen that offers an added layer of complexity. Much like notes left by other players in Dark Souls games, information gathered from pawns shows a sense of community despite the game never directly putting any two players in the same game world together. Somehow, this silent shared experience elevates the game from a mere action-RPG to an incredible living tapestry of players. 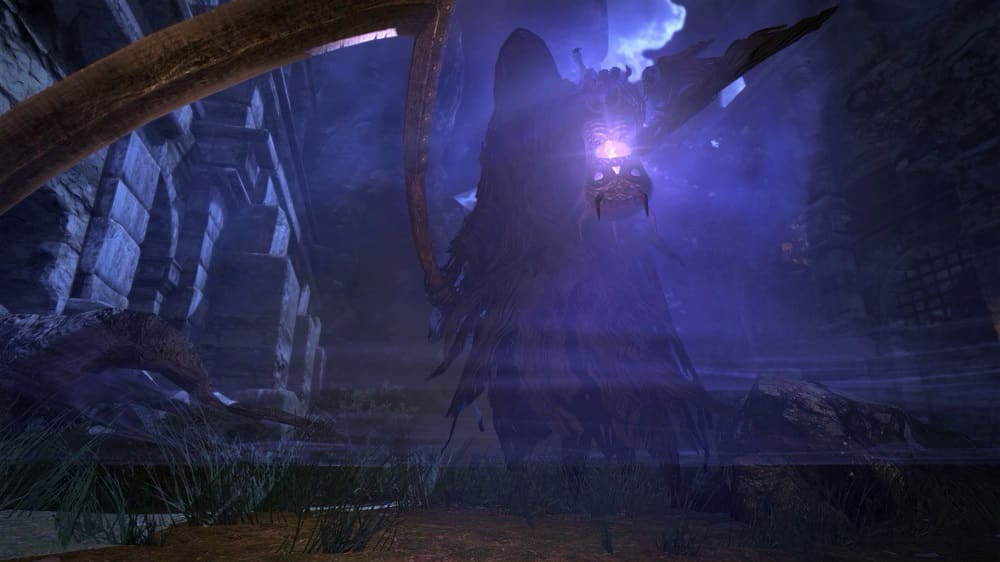 Yet, pawns alone can’t win your battles for you. Dragon’s Dogma: Dark Arisen is a demanding experience, requiring plenty of preparation any time you venture outside safety’s walls. Locations are spread far apart, sometimes taking hours just to traverse from one point to the next. Originally, it made the game tedious. Every quest felt like a monumental task, even if it was meant to be a small side quest. Luckily, the Dark Arisen expansion introduced fast travel. While trekking to some locations still feels arduous, the journey is often worth the reward as you find yourself entering countless winding caverns, dark dungeons, and ancient ruins.

The beasts within those locations are even more enticing, acting as both the most exciting and rewarding experiences of the game. Like the gigantic chimera you face in the opening, large beasts feel epic in a way most other games are unable to match. Even for a game as old as it is, I was taken aback by how many times I was surprised by the scale and impact some creatures had.

That feeling wasn’t just because of how large certain enemies are however, but also how enthralling it was able to defeat them. Dragon’s Dogma: Dark Arisen’s real-time combat system is perfect in these moments. Your party of four staring down monsters the size of buildings, it feels like these were the moments the game was pitched on. As the Arisen, you are able to grab onto monsters and scale them as if they were Colossi from Shadow of the Colossus. Doing so, however, drains your stamina meter. Defeating difficult bosses usually requires a perfect balance of managing stamina, your pawn’s health, and knowing when to attack and when to evade. Unfortunately, the combat system doesn’t work as beautifully in the smaller moments of the game. Fighting countless bandits and goblins on the road feels inadequate by comparison. 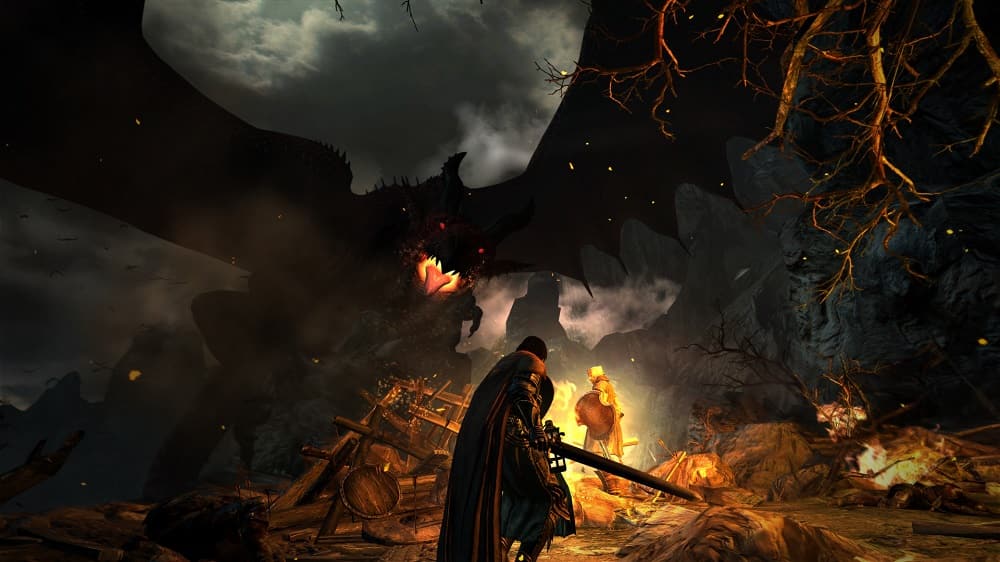 Though Dragon’s Dogma: Dark Arisen is indeed a large, enthralling game with lots of things to do, it can be easy to become lost. Without many guides to show you the way there is little hand-holding, but that’s exactly the type of game Dragon’s Dogma: Dark Arisen wishes to be. There isn’t an important story beat every fifteen minutes to help carry you along some grand quest. You must go out and search for it. Finding your way by lantern after dark can be a harrowing experience and sometimes you may lead yourself to a path you are unable to overcome. But this is also a sprawling game, always with another path to take if things ever get to hairy.

While technically the game may not be as impressive as others, Dragon’s Dogma: Dark Arisen is special. I’ve often found myself going on at length to my friends about how overlooked it had been, and so for it to now be re-released on current generation consoles is a treat. With the extra content available from Dark Arisen, there’s enough here to fill a few week’s worth of playtime if not more. Even for those who’ve dug into the Bitterblack Sanctum and defeated the Daimon, other secrets seem to always be lurking somewhere else. If you haven’t found the time to try out Dragon’s Dogma yet, there’s no better time than the present.

Dragon’s Dogma: Dark Arisen is available on PlayStation 4, Xbox One and PC. We reviewed the Xbox One version.