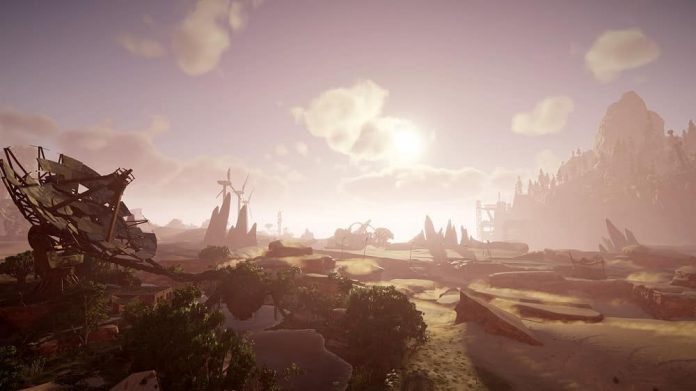 Coming out of E3 2017, I was extremely excited about Piranha Byte’s new RPG, Elex.

The world of Magalan seemed interesting; the hybrid of science fiction, fantasy and post apocalypse was intriguing, and, well, I just happen to love open world RPGs. Playing the game, however, my excitement turned into disappointment and puzzlement; from unfulfilled promise to mismanaged expectations, the final product is not only lacking in polish but has an abundance of head-scratching design decisions.

First off, the story and basic premise of Elex is good. Magalan is a world rich with the resource ELEX, which is a form of energy that came to the planet via meteor. Now, factions have formed, all battling for the resource – some seeking its power, others looking to ban it. As Jax, a commander in the Albs – a faction that ingests ELEX at the expense of their emotions – you’re betrayed and left for dead. Free from the addiction of ELEX, Jax’s goal is to try and find out the reason for his betrayal, and along the way he’ll have to deal with the other factions. 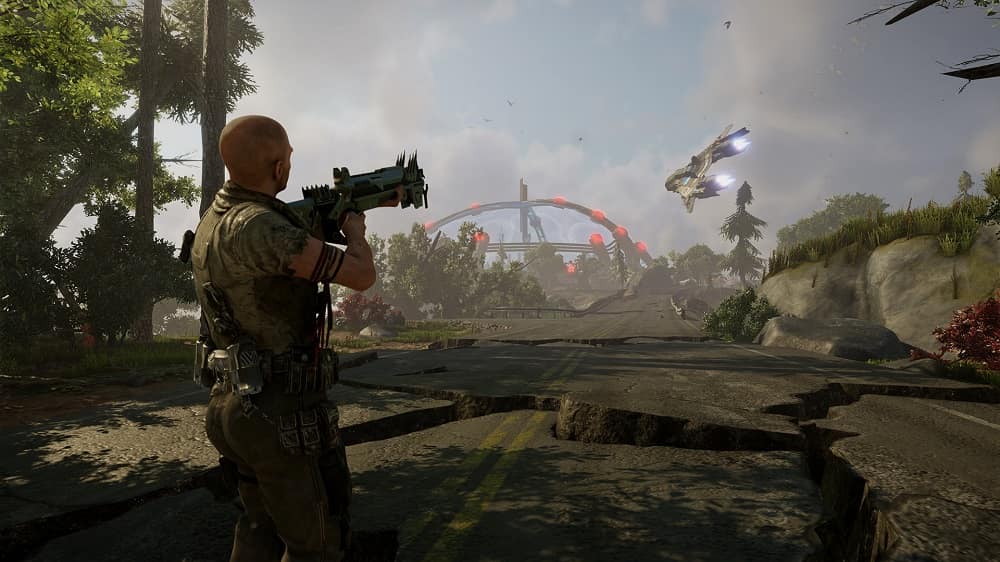 The three principal factions are the Berserkers, an almost medieval group who don’t like to use technology beyond bows, swords, armour, ballasts, etc. but will harvest ELEX to turn it into Mana which fuels their magic. Then there are the Outlaws who are more of a “Mad Max” bunch of folk who don’t use magic so much as they do guns. And then there are the Clerics who embrace technology and the ELEX that fuels it.

In theory you will come across each of these factions and then eventually choose one to join, which will lock you off from upgrading certain faction weapons and armour any further. I say “in theory” because in reality you’ll probably end up spending a great deal of time in one area with one faction.

In the first and most perplexing design decision of Elex, some of the early missions you get from the Berserkers, the first faction you will encounter in the game, are absurdly hard. They feature lots of mobs, with enemies that can kill you in one hit. In fact, the amount of damage you can do versus the amount of damage they can do is almost comically unbalanced. Now, I will admit I could very well be making the incorrect assumption that I’m supposed to be doing these missions, but even out in the open world random enemies can destroy you in one or two hits. 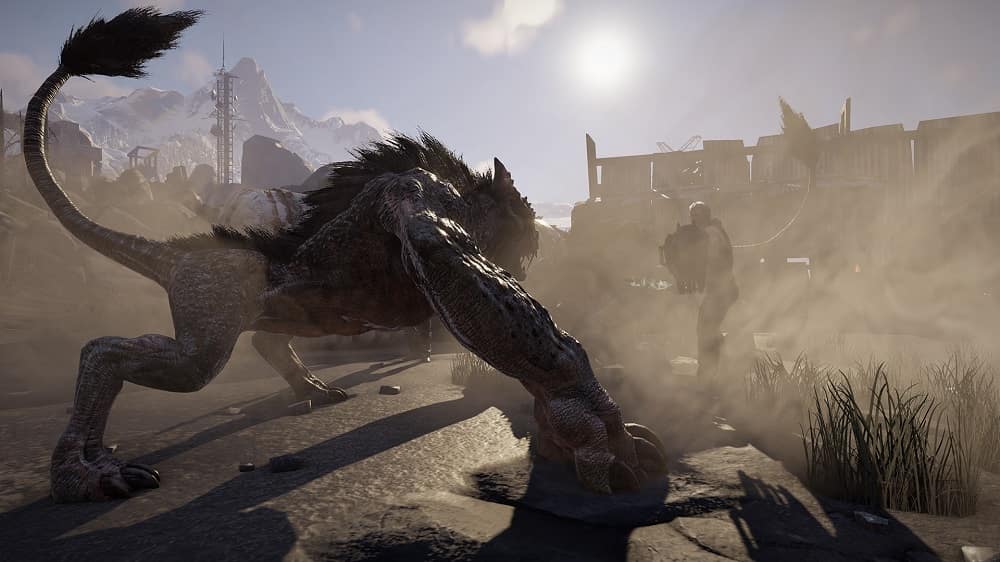 In order to have a chance to survive you have to level up and get currency to get better equipment. Equipment that, in many cases, requires an absurd amount of points to be invested in before you can even use. I found myself stuck in a loop of trying missions, realising I’m underleveled, going back to town, picking another mission and trying the loop again. It makes 10 hours of play time really only amount to about five based on actual progress. Not to mention that many of the skill trainers also require high levels of certain attributes and a decent chunk of pocket change before they will teach you anything. And once you do get that first level of a skill, the next level’s requirements won’t be reached any time soon.

Combat is fairly basic and quite frankly dull. Taking a cue from Dark Souls, light attacks are triggered with the right bumper button and heavy attacks are tied to the right trigger, with the requisite stamina bar that will deplete quickly at early levels making you unable to attack or dodge until it fills again.  The attack animations are clunky, and locking on seems to be based more on happenstance than any real mechanic. With enemies that can kill you so quickly early on, it makes combat less fun than it should be. Thankfully you can have one companion with you who can take the brunt of the damage while you hit and move.

Where the game’s lack of polish is most prominent is in the interactions with NPCs. Always stiff, flat voice acting and laughably bad lip syncing make the skip button your friend. There is a lot of dialogue, however, so be prepared to skip a lot. If needs be you can always go back and read the dialogue for each mission in case you get overzealous with the skipping. 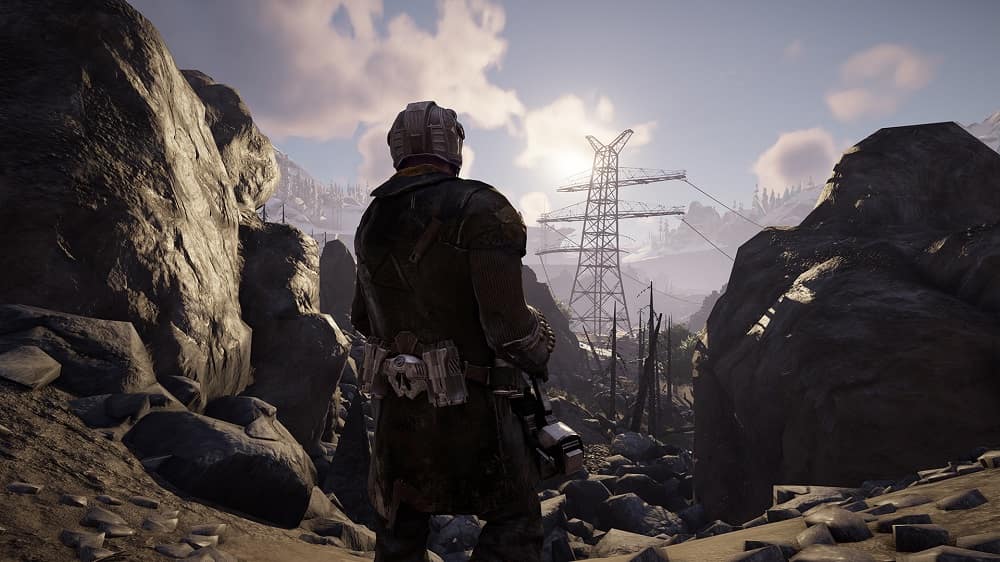 The best aspects of Elex are the world and the exploration. There is an impressive amount of scale to Magalan and you can pretty much reach any area you can see on the huge world map. The jetpack you get early in the game allows you to access high vertical areas, which are abundant. It’s a neat mechanic that I truly enjoyed using.

Despite my issues with the game though, my time with Elex isn’t over just yet. I do enjoy the world and the concept, so I am willing to see what else the game has to offer in this respect. It’s just unfortunate that the game’s combat and presentation haven’t received as much attention. Elex needed much more time in the oven to be the game its promising previews made it seem to be, and with the dearth of games available this winter, I can’t recommend it to anyone but the most hardcore fans of the genre.

Elex is available on PlayStation 4, Xbox One and PC. We reviewed the Xbox One version.