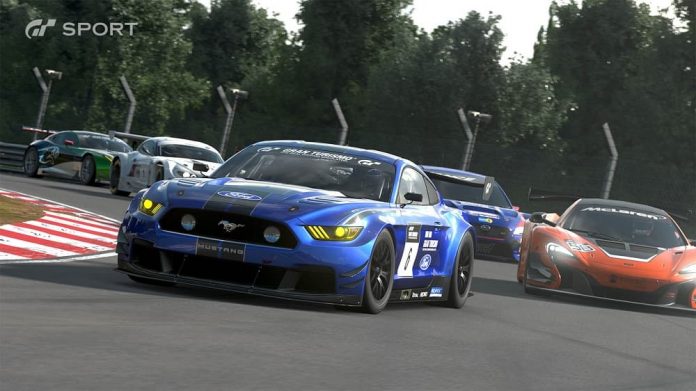 Throughout my 20-odd years of being a gamer, the Gran Turismo series has always been something I’ve cherished.

I’ve spent hundreds of hours with each numbered title, racing, buying new cars and upgrading them to my heart’s content, and I’ve also spent a significant amount of time with the prologues and spin-offs. Never, though, have I been as disappointed with a Gran Turismo release as I am with Gran Turismo Sport.

The clue is in the title. Despite how many years have passed since the last instalment, this isn’t Gran Turismo 7. Gran Turismo Sport is a cut-down offering that pushes its online features to the forefront, positioning itself as a potential eSports candidate. In that regard it’s a partial success, but I’ll get back to that later. Right now, I want to talk about its single player offerings. Scarce is the word when it comes to things to do that don’t involve racing against real human opponents. Gran Turismo Sport‘s so-called “campaign” doesn’t resemble anything that fans of the series will find enjoyable in the long term. Split into three sections, driving school offers just under 50 lessons, many of which you’ll spend longer navigating through cluttered menus to access than actually completing. Circuit experience, on the other hand, lets you tackle each of the game’s tracks, first in sections then as a whole. And finally, you have mission challenges; 64 events in which you’ll have to meet objectives like overtaking a certain number of cars or reach a top speed. Like I said, it’s a campaign that will leave many disappointed.

Those who want to race against the A.I. will instead have to head over to arcade mode, where they can jump into races, time trials, drift trials or even set up their own event. Split screen racing and a VR tour is also offered for those inclined, but still, it’s underwhelming. After many hours of play, you’ll have unlocked 38 tracks to race on overall, and that’s including mirrored ones. Admittedly, all the circuit tracks are great, but the absence of classics such as Deep Forest, Mountain Trail and Laguna Seca is a hard blow to take, and the handful of rally tracks that are included are awful. If you’re looking at buying Gran Turismo Sport for its single player content you’d better think twice, because you’re bound to be disappointed. Over 150 cars are included, which isn’t overly impressive by today’s standards despite being the best looking out there, and you can’t upgrade them either — although you can for the first time create your own liveries. But in the absence of a true campaign you’ll find a massively expanded ‘Scapes’ mode, channels filled with YouTube videos and countless museums that I honestly couldn’t care less about. Overall, I found all the useless guff stuffed into Gran Turismo Sport a hard pill to swallow. It’s obvious a lot of time and effort has been put into it, but seemingly in the wrong places. I’m sure fans would have appreciated more actual gameplay content than marketing materials and history lessons.

With that said, Gran Turismo Sport‘s online offerings do somehow still make the package quite appealing, however. After being forced to watch a couple of patronising videos about racing etiquette, you’re free to create your own lobbies or search for others’, but Sport mode is where the real fun is to be had. Daily races take place to a schedule on a trio of tracks, allowing you to practice with some qualifying laps before the main event. When the race is ready to start, you’ll be grouped with drivers of a similar skill and sportsmanship level to ensure that proceedings are as clean and competitive as possible — and a great deal of the time it works rather well.

The system isn’t infallible, though. Many times network issues would cause me to disconnect while a race was loading, leaving me hanging on a black screen until I quit the game and restarted it. And while the game preaches about racing etiquette, it’s not something that all drivers practice, and you often feel punished for others’ recklessness. Many a time a racer has slammed on the brakes in front of me for no good reason, causing a shunt that incurs a penalty, and trying to overtake on a corner is always a risky manoeuvre even if it is skillfully performed, as many competitors won’t think twice about turning into you. Those who do put in the time and effort to learn the tracks and drive respectfully may also find themselves doing well in the occasional special events that Gran Turismo Sport’s Sport mode will offer, with the first being available on the 4th November.

Throughout your racing career, you accumulate money and mileage points whether you win or lose. Money can be spent buying new cars, though it’s a grind, and mileage points can be spent on a whole host of goodies including exclusive decals and driver gear in a special store. Buying cars feels largely redundant however, when Gran Turismo Sport practically throws them at you. Every day you log in and complete a paltry mileage target you’re awarded a freebie, and you’re also gifted a generous number of cars for completing various goals in the campaign. There’s a catch though: you’ll acquire many duplicates, and duplicates can’t be sold.

In many ways, Gran Turismo Sport feels like a tech demo. Visually, it pushes the bar, with car models that are as good the real thing and environments better than ever before. And the lighting; holy hell, the lighting. It is glorious. In terms of content though, it’s lacking. The sublime handling of the cars and the thrill of competing in events that truly test your skills make Gran Turismo Sport the most exhilarating entry in the series yet, but all of its potential is squandered by a poor campaign and infrequent network issues. If Polyphony Digital’s goal was to take the series in a new direction in which competition and the thrill of racing was brought to the forefront, then it has succeeded. But it comes at a cost, and it’s one that I feel won’t sit well with much of the established fan base.