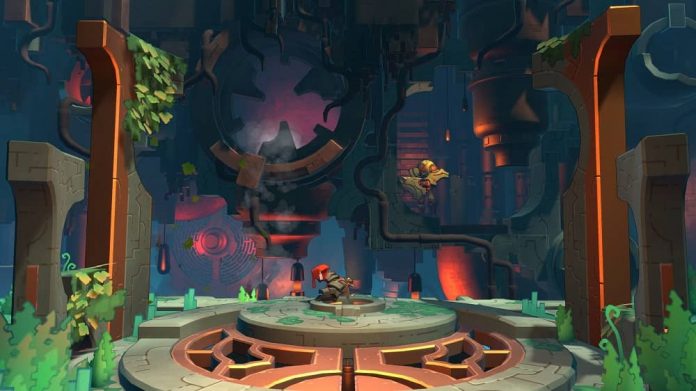 Runic’s Hob is a difficult game to categorise.

It’s equal parts puzzle platformer, Metroidvania-lite action game, with a semi-open world. It’s also a frustrating game; for all its beauty and smart design, Hob also suffers from a host of technical and design issues that hold it back from being the truly amazing game that is visible throughout my playthrough.

Hob’s story is completely wordless. Told through the gameplay cause and effect, what I could discern is that the world of Hob is infected with an unknown item. Purple goo has coagulated and is overtaking much of the world’s surface. It has corrupted not only the landscape but has populated the world with creatures hellbent on killing you. Tasked by a robot to restore the world and fitted with its arm, the player must traverse the corrupted landscape and solve puzzles to restore the world to its beauty.

Honestly, the story isn’t the draw. While it does give the player a sense of agency and motive, it’s not very compelling and I don’t think it’s meant to be. It serves its purpose to push the player into the world, solving puzzles and transforming the world. And this is what Hob’s most attractive attribute is. 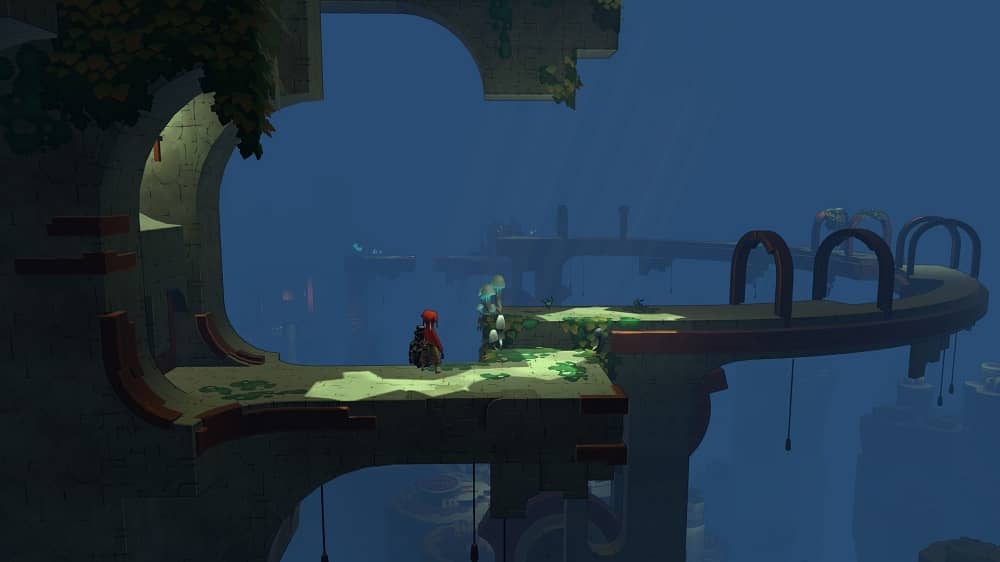 Hob rarely lets one mechanic settle too long before introducing a new one. You will start off with the ability to transform the robot’s arm into a shield for combat encounters, and soon after you’ll get the abilities to charge a punch, to warp, and then to grapple to specific locations that seem magnetic. However, using the arms abilities drains your energy, so needs to recharge between uses. While grappling you can only hold on or move to the next grapple spot as long as you have energy, and if it runs out mid-grapple you will fall, often to your death.

Throughout the world you can take the energy cores from fallen robots and after collecting enough you will add another bar to your energy meter. The same goes for your health — it can be upgraded by finding plants with a heart-shaped item inside them. Every two collected adds to your health bar.

You will also find new combat and cloak abilities as you progress through Hob and will have to use credits you earn from killing enemies as well as butterflies for some key abilities. At the end of my playthrough I still hadn’t found three abilities. I also didn’t find the last two pieces of the final sword. Thankfully for completionists, the game resets after the ending to the last checkpoint should you not want to play through the game again to look for any missing items or abilities. 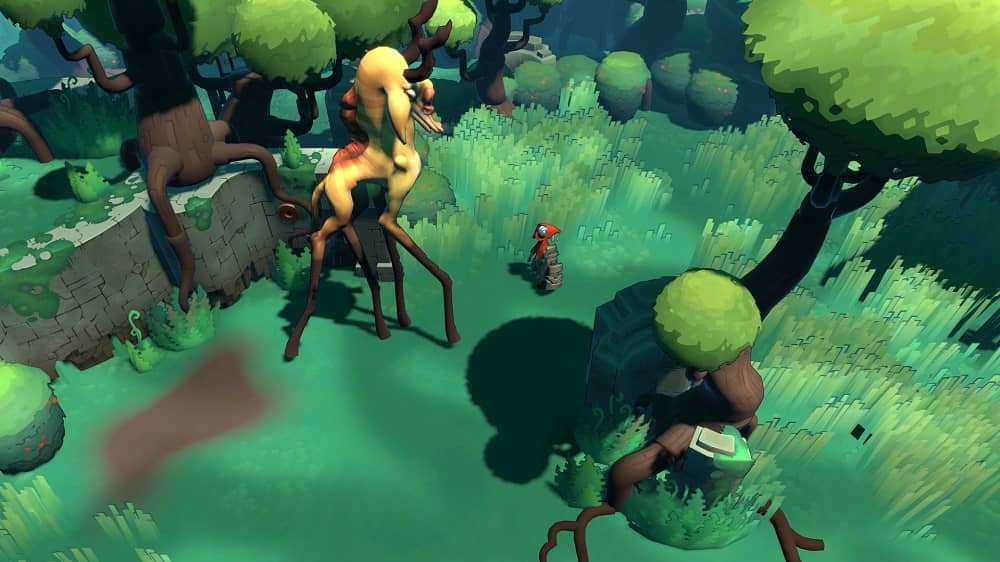 Puzzles will often use the abilities you have at your disposal in interesting ways. Sometimes it’s a simple as punching a switch; other times it involves warping or grappling. The puzzles themselves are rarely taxing but clever enough to make you think a bit. Often times, they’re built into the environment, requiring you to figure out how to reach a specific area. This can often take a lot of trial and error — with error sometimes resulting in death. The world is populated with several checkpoint markers though, so when you do die you’re never thrown too far back.

Hob offers so much variety in the world that coupled with its gorgeous, almost cel-shaded art style and fluid animations, the entire experience could have made it a dark horse contender in Game of the Year discussions. Unfortunately, there are some key issues that stymie Hob’s ascension to gaming greatness.

The most glaring is slowdown. The framerate will sometimes chug so much that I had to close the game completely and restart it. Thankfully the load times are incredibly brief but that doesn’t make up for the issue as often as it happens. I understand that the game has to seamlessly save the world state — you will literally change the landscape of the world and it’s all accessible from end to end. 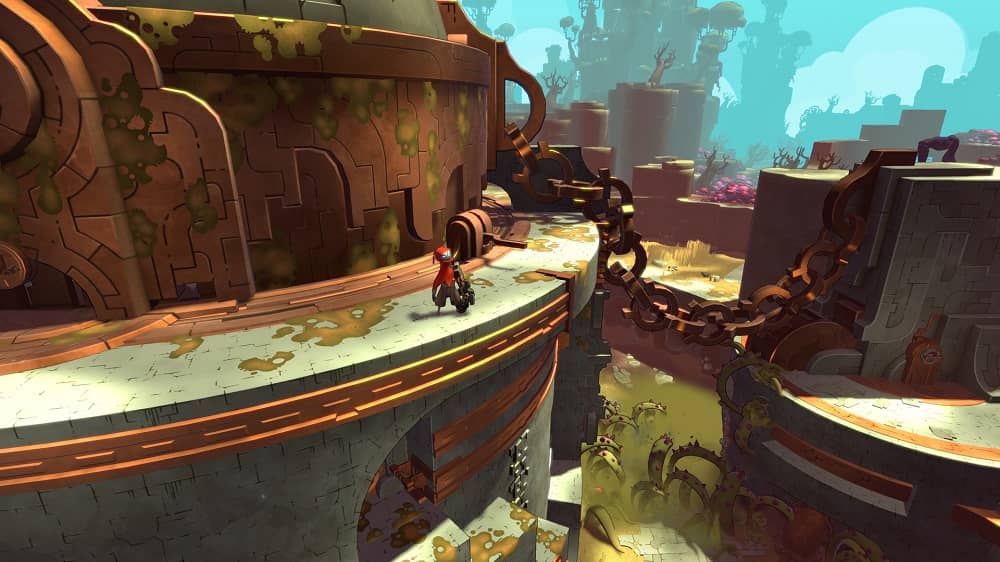 Another big issue for me is Hob‘s controls. Framerate problems can most likely be patched out with updates but the controls, which should be the bread and butter of a game like this, most likely cannot. That is not to say they’re bad; they aren’t — Hob mostly controls very well. They’re just not as tight as they should be for a game that requires some spot-on platforming. Because the camera is fixed, the angles can be awkward to line up which caused me to narrowly miss a ledge or jump in a completely different direction than intended because my thumbstick wasn’t in the exact right spot. This will happen to anyone playing on a controller regardless of skill level.

Originally I was going to criticise the combat for similar issues, but the longer I played the game the more responsive I realised the combat was. Dodging will always give you invincibility frames, and clicking in the left stick will lock on to the nearest enemy. Also, the charged punch can knock off enemies’ armour. These last two bits of info were not conveyed in the game and I found both out fairly late. However, once I figured these out, I stopped running from enemies and started to enjoy fighting them.

It’s a shame that less than tight platforming controls and major framerate issues hinder Hob overall. There is a fantastic game here that will just have to settle for being a really good one.

Hob is available on PlayStation 4 and PC. We reviewed the PS4 version. 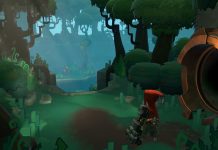 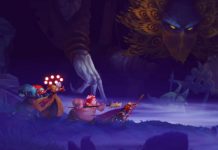 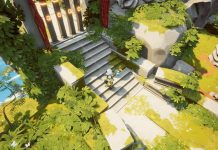