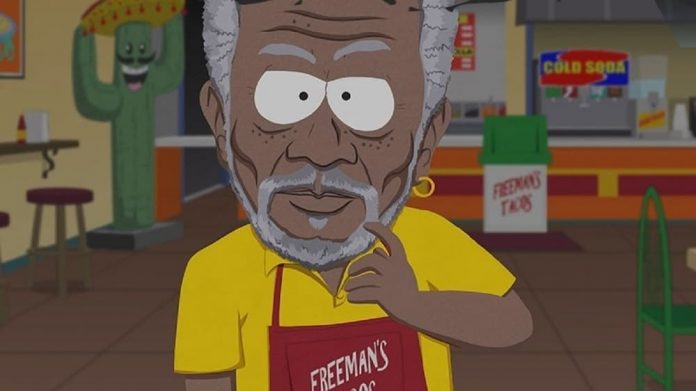 It’s not much of a secret that Morgan Freeman plays quite a pivotal role in South Park: The Fractured But Whole.

Manning his taco shop, Freeman’s Tacos, right in the centre of South Park, his inventive burritos are the key to unlocking a host of new TimeFart powers. Despite his icy cool demeanour though, did you know that you can fight him, gaining an achievement/trophy for your hard-fought victory? 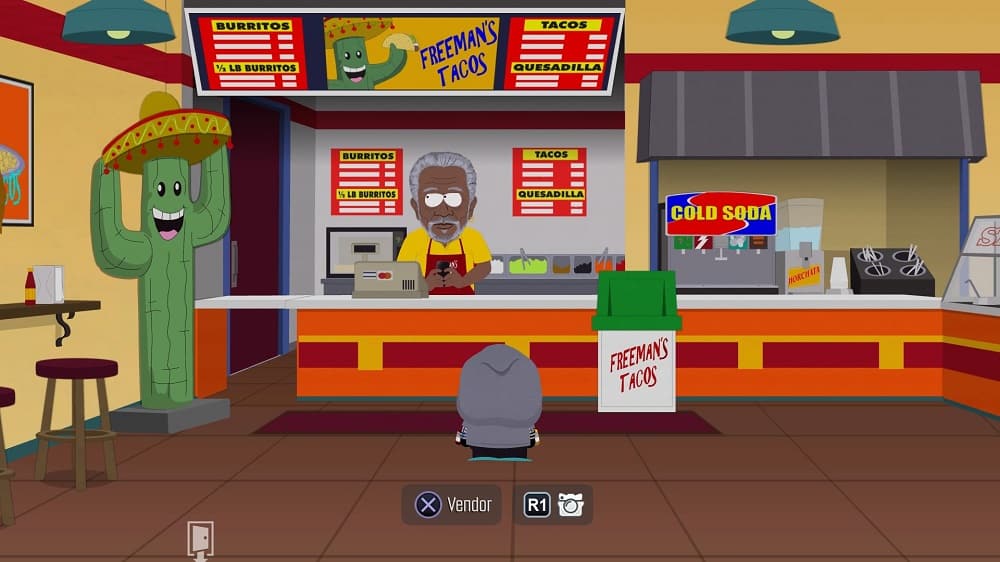 Take note before you all head to batter Morgan Freeman with your superhero powers, however; he won’t just fight anyone. If you’re playing as a black character, no matter what you do Mr Freeman just won’t bite. To remedy the problem, you’ll have to visit PC Principle at Crunchy’s Micro Brew and change your skin colour. In any case, when you’re ready, you simply need to pay a visit to Freeman’s Tacos, help yourself behind the counter and then punch him repeatedly. As you can imagine it gets him rather upset, and a battle ensues.

He may not be quite the spring chicken, but Mr Freeman won’t go down without putting up a good fight. He’ll happily chow down on one of his spicy Mexican creations, causing great damage to your team and also inflicting gross out. He’ll even summon a younger version of himself to assist him in battle, who you’ll be wise to dispatch quickly. His greatest skill, however, is charming you to fight for him. “Listen to my heavenly voice and gaze upon my freckles,” he’ll softly speak, before announcing “Congratulations. You’ve just been Freeman’d”. 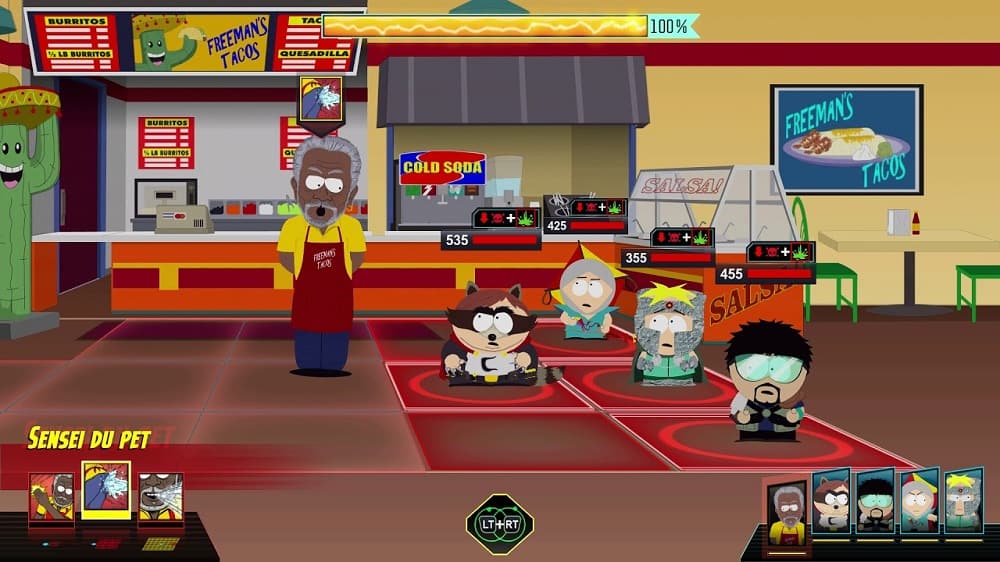 With sheer determination you’ll emerge from the fight victorious, though how you’ll live with yourself after giving Morgan Freeman a thorough roughing up is questionable. Still, it’s a battle to be remembered. It’s not everyday you get Freeman’d after all. 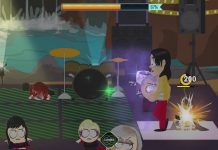