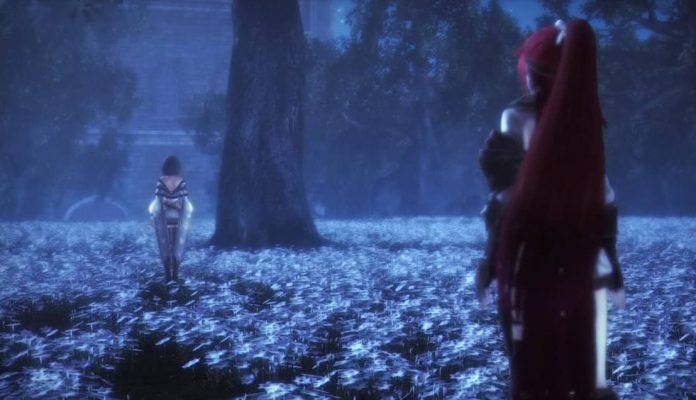 Nights of Azure 2: Bride of the New Moon is much like its predecessor. From reappearing characters to a similar lack of depth, it’s a familiar place. The female-centric cast is anchored by the protagonist, Aluche. The game follows her quest to save her childhood friend, Liliana, a priestess of the Curia. With a story filled with twists and turns, and a world teeming with enemies, it shouldn’t be a shallow game; the cast of characters run the gamut, from a silent warrior to a jubilant chocolatier. The shallowness seeps in, though, when it comes to the game’s repetitive encounters and monotonous boss fights. Although a bit dim and unevenly paced, Nights of Azure 2: Bride of the New Moon has a few shimmering points.

Much like Monster Hunter, you’ll access several ‘mini-areas’ with their own distinct layouts. The majority of the game is spent deciding what’s more important at the time: side missions or quests. After each outing (which are timed based on your level), you must sleep, which shifts the moon’s phase. Keep failing missions or forget to eliminate a powerful foe, and you’ll get a new moon — i.e. game over. The amount of side missions you receive is excessive — keeping up with them, while progressing the main story is nearly impossible. Eventually, you’ll need to leave most of them behind to push forward, which, if you’re a bit of a completionist, is pretty annoying. 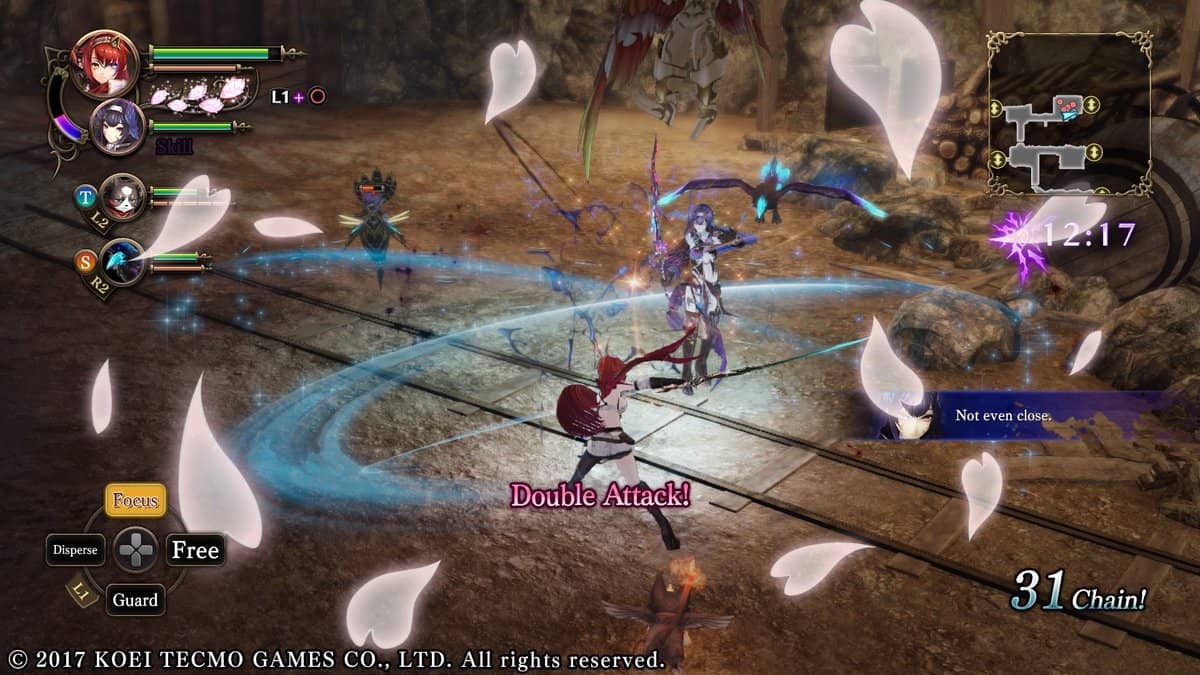 Nights of Azure 2 has a hub world in the form of Hotel Eterna. It’s the spot where all your comrades and Servans will relocate after you find them. You have the maintenance room where you level up; the lobby where you get missions; your room, the rooftop; and the pool which serves no purpose other than seeing all the characters in their ridiculous swimsuits. The levelling/upgrading system is simple and easy to use, as well as the inventory and group management. There’s enough diversity in your roster of characters to spice up your team every now and then. Early on, I suggest Veruschka or Dr. Camilla and then subbing her out for Muveil later on if you’re seeking pure offense. Ruenheid is probably your best support option, while Eleanor is just too happy not to bring along. Her infectious love of chocolate might just be the best part of the game.

While each character in Nights of Azure 2: Bride of the New Moon has her own personality, the game shifts your attention mainly towards Aluche, Rue, and Liliana. The storyline is rather enjoyable and filled with deceit, turns, and some solid voice acting. The story missions aren’t very diverse, as they mainly require killing the same enemies over and over as you search for a certain area. While some puzzles appear now and then, they are easily solved. Mixing up your team and using your Servans’ powers to utilise massive weapons is great fun, but after a while even that drags on because of the repetitive nature of the encounters. Getting through the main quests takes around ten hours of gameplay, with a a solid hour or two (for me, at least) dedicated to the final two boss fights. Boss fights in this game are… just not that great. 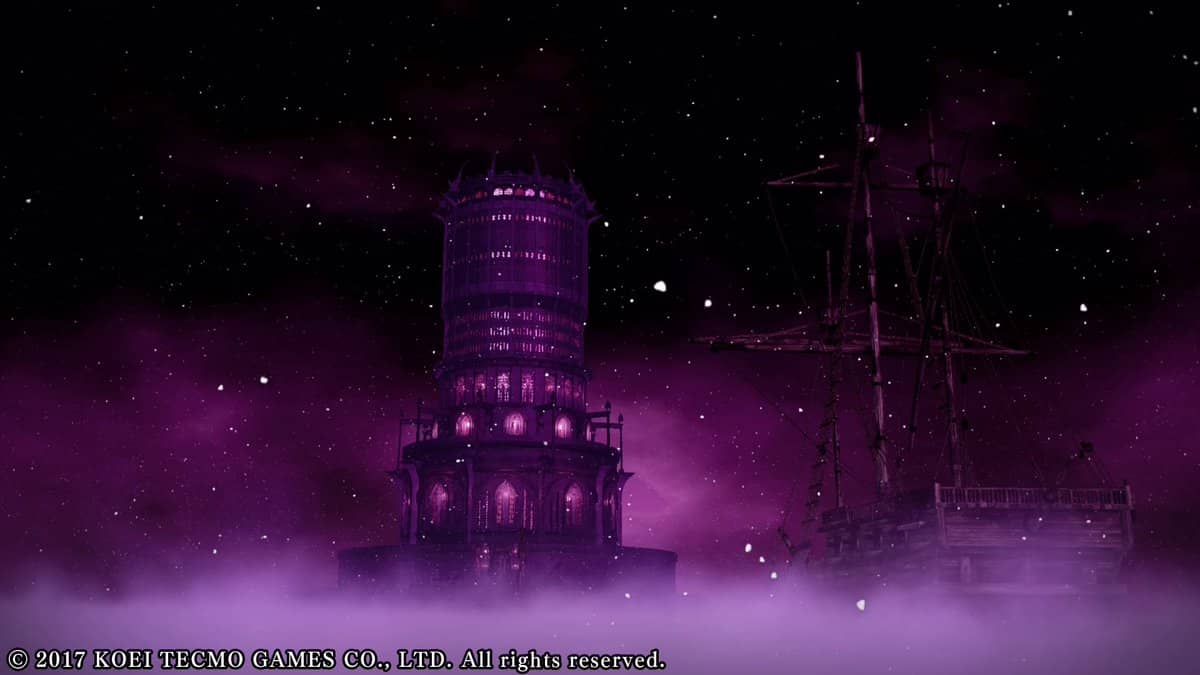 I’m not exactly sure how many bosses exist in Nights of Azure 2: Bride of the New Moon, seeing as you decide what missions you complete, but I only fought four or five, including the final two and a repeat boss. There are two types of bosses here: slow, easy to read pushovers or fast, impossible to understand, divine, untouchable warlords. There is no semblance of balance. The final two fights — especially Malvasia (the Moon Queen) — are sloppy and just plain old bad. Between ping-pong fight mechanics à la Ganondorf in the Forest Temple and moves with no startups that transition into unbreakable combos, the combat system and shaky camera controls just aren’t fit for these fights. The fights are epic in terms of scale, but they crumble under their own weight once the game starts moving. A shame, as the combat shows promise at its core.

Your sword has a small list of combos. Certain Servans allow you to utilise larger weapons such as greatswords, magic shields, and partisans. These expand your moveset and make the combat more engaging while you wait for their MP to recharge and do it all over. Teamwork, like Double Attack and Revenge Attack, charge the Tension Gauge and Chase Gauge. The Tension Gauge will trigger your ‘ultimate ability’, and the Chance Gauge activates the Double Chase, an ability that betters by mashing the circle button. These abilities change depending on your partner. You also have a command/support wheel for things like defence boosting and team positioning. Nights of Azure 2 has the skeleton of a great combat system, just not the flesh. 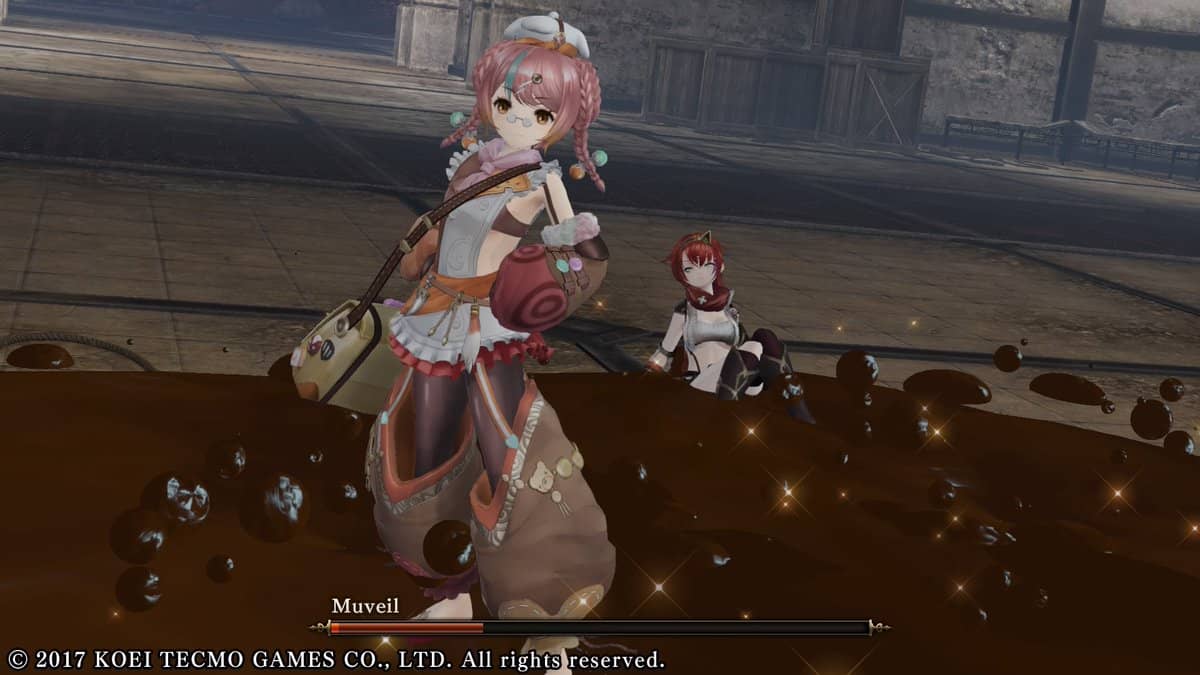 The levelling and variation system with the Servans and Lilies is one of the best aspects of the game. Gaining affinity with teammates ranks them up and grants them new abilities. Servans can be levelled manually, and even have ultimate evolutions. Finding the right balance between your partner and your Servans, later on, can be the difference between success or failure. As the game progresses, the difficulty hardly rises in a streamlined manner. Not to mention, the big decision in the game is made for you, not by you. Although having a choice and branching paths isn’t really the style of this game, it was upsetting considering it was built up as if I had a choice — but I didn’t. The story is likeable, as are most of the characters, but the way it’s laid out isn’t done well.

Nights of Azure 2: Bride of the New Moon, after it closes, leaves you wanting more. There’s a New Game+ mode, but it doesn’t quite fill the want enough for me. For a game that you can breeze through, even on higher difficulties, it just doesn’t progress smoothly — the difficulty spike in the last third of the game is abrupt and shocking. Make sure to double-check your equipment before heading out past the Mines, because it gets messy. From the art to the music, to the unbearably lovable Eleanor (seriously, it’s impossible not to like her), there’s a lot to love. The only problem is that Nights of Azure 2: Bride of the New Moon feels more like a service to people who played the original than a new title in its own right. Staples from the first game, like Christophorus and Arnice make appearances, and there’s some stuff that new players won’t catch.

Playing through Nights of Azure 2: Bride of the New Moon is a strange balance of joy and determination — long periods of boredom tend to surround shorter pockets of enjoyment. It’s shy of a hack-n-slash yet falls short of being a dense JRPG, and caught in the middle of the two, it fails to carve out its own identity. While it delivers good memories to its fans, it fails to open a door for newcomers properly. Nights of Azure 2 is a beautiful night that somehow only requires a passing glance.

Nights of Azure 2: Bride of the New Moon is available on PS4, PC and Nintendo Switch. We reviewed the PS4 version.