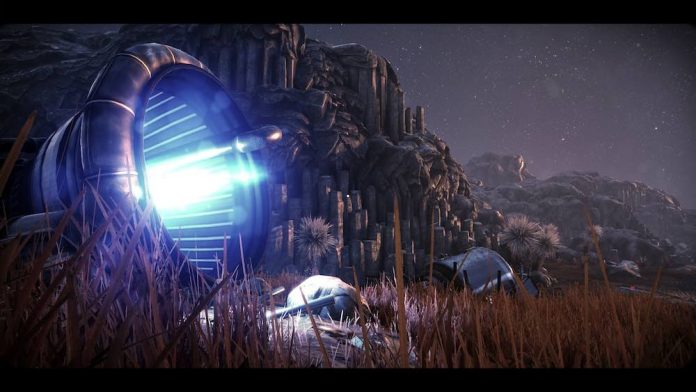 The Solus Project describes itself as a “single player exploration and survival experience”.

It asks that you ensure the future of not only yourself, but of the entire human species by surviving alone on a hostile world, while simultaneously unravelling the planet’s mysterious past. Easier said than done with limited supplies, dynamic weather and a night and day cycle to battle against.

Having chosen whether you’d like to play in standard or PSVR mode, you’ll then choose your gender and find yourself part-way through a mission to find suitably habitable worlds beyond Earth. Unfortunately, a powerful and unexplained blast from the planet Gliese-6143-C sends your spacecraft spiralling out of orbit down to the desolate surface below. Once you get your bearings, you’ll notice it looks nice. Like, really nice.

Without PSVR, the Unreal 4 engine does, as usual, an exemplary job at creating a beautiful, living world. Rain water runs down rock faces, the seas swell and their tides ebb and flow with the passing moon, while plants and grass sway listlessly, in an apparent breeze. Pop that signature, svelte, stylish and sexy PSVR headset on and you’ll find yourself appreciating the world in a whole new way. Sure, the curved edges and lush vegetation have disappeared, replaced with far more functional jagged edges and scaled-up textures, but once you’re used to the controls you can begin strolling or teleporting around the world and seeing all it has to offer. 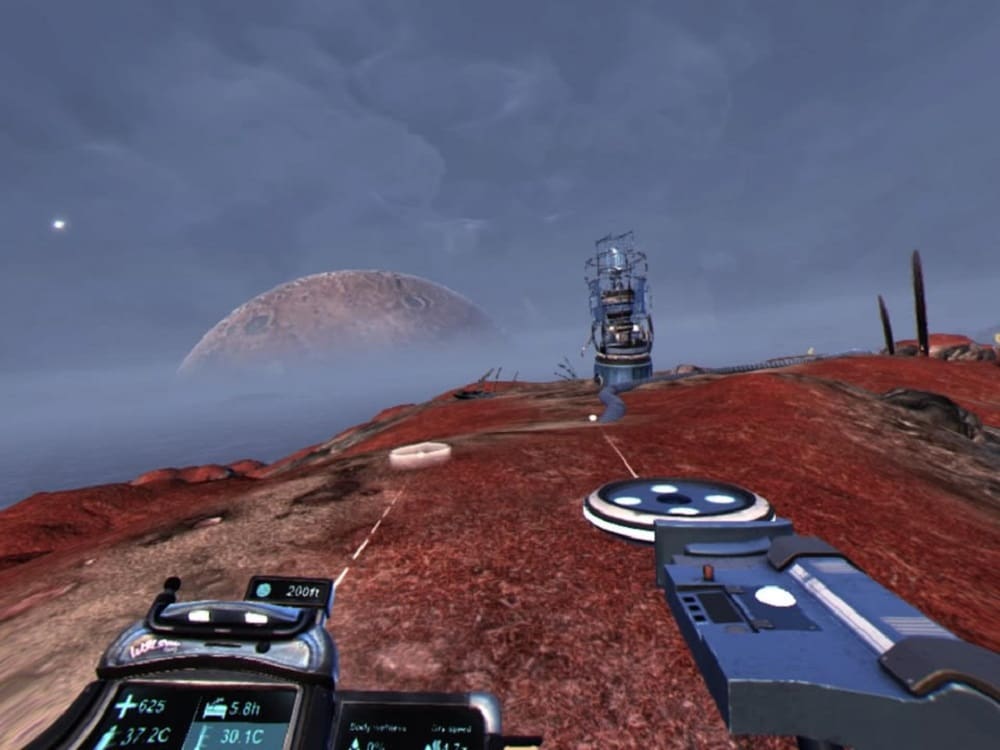 There are vast skies full of stars and the occasional, glorious aurora. Deep caves with all-enveloping darkness, broken only by shining crystals or the flicker of your crafted torch-light. And then there’s the surface stretching between each yawning cave mouth, leading to the endless horizon behind each of the five islands of your archipelago. The atmosphere is incredible, too. Using headphones to make the most of the PSVR headset’s 3D sound lead to an extremely creepy experience, with the game using sublime, subtle techniques that really got me on edge. It made me wish that I had an actual weapon, not just a water bottle, a torch with no charge and a tin of space-meat to protect myself. It’s not a horror title at all, but it does dabble in creating this thrilling atmosphere more than once. However you decide to play The Solus Project, it will provide you with an accordingly-beautiful world to explore, but it stands out far more in VR.

The crux of this exploration hinges around your ability to survive. You’ll often be reminded by your “WILSON” device that “Your survival is imperative to the survival of the human race”, which does add a little tension when you attempt a jump that’s a little too high, a swim that’s a little too far or some spelunking that’s a little too deep. Though, the fear of death pales in comparison to the fear of the loading times. In VR mode, loading can take minutes rather than seconds. The controls are another bugbear with The Solus Project; they’re not so much bad as tricky to get used to. All I can say is make sure you have a pair of PS Move Motion Controllers and just allow yourself some time to find your feet. 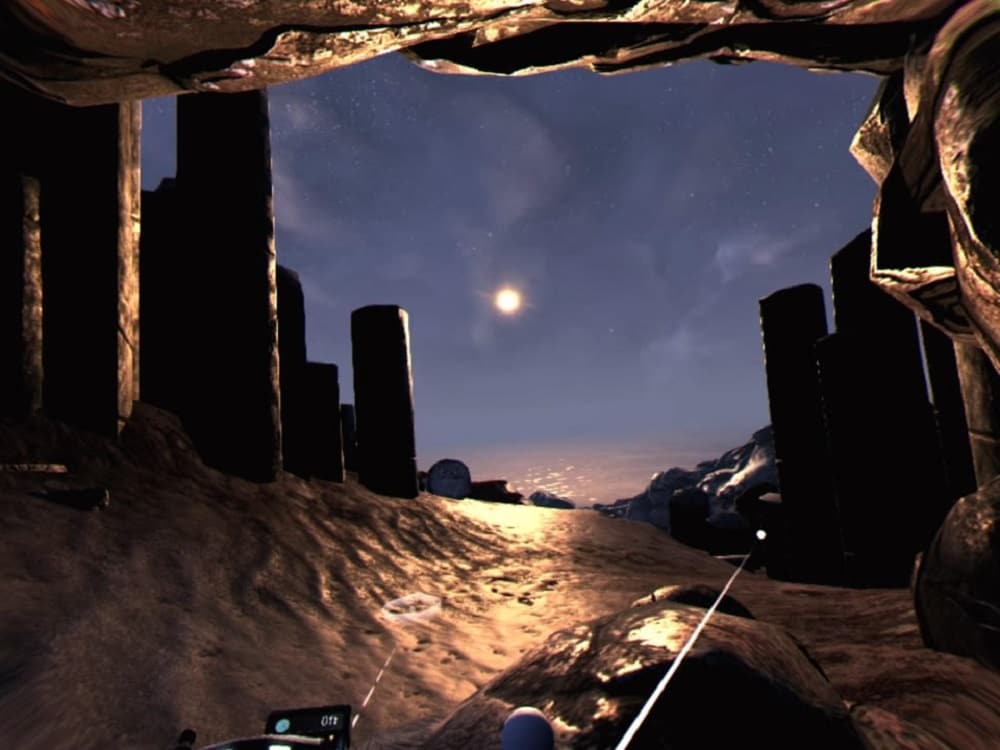 Ultimately, your survival depends on you managing your overall health, hunger, thirst, temperature and sleep. It can be tough to begin with, I mean, this planet is out to get you. Daytime temperatures can cause you to overheat, so you’ll need to seek shade, water or other cooling methods to prevent hyperthermia. Night-time temperatures, bodies of cold water or inclement weather will cause hypothermia, forcing you to seek shelter and build a fire. Gathering the required components for a fire can put you at risk too, as it’s thirsty work scouring the land for vegetation, so you’ll need to find a fresh water source to drink from and remember to refill your bottle.

Keeping your calories up is another concern, which you’ll have to address by harvesting plants or scavenging your wreckage for tins of food. While scavenging you may even find bonus items such as a pillow to improve your sleep, or materials to craft with. Crafting is generally as simple as combining two items into one, i.e. using a plant and a pole to make a torch, but it does come in useful. And you’ll also need to find time to rest somewhere safe from the elements, especially from the ginormous tornadoes and water-spouts that appear, both being unpredictable and dangerous.

Fortunately, finding hidey-holes isn’t usually too tough as there are dozens of nooks and crannies to be explored. It can be both a blessing and a curse, however. Sometimes your efforts will be rewarded with a mission-critical item or an attribute boost which bumps up your resilience. Other times, you’ll stumble into a maze, which leads us to another pitfall of The Solus Project: a serious lack of direction. 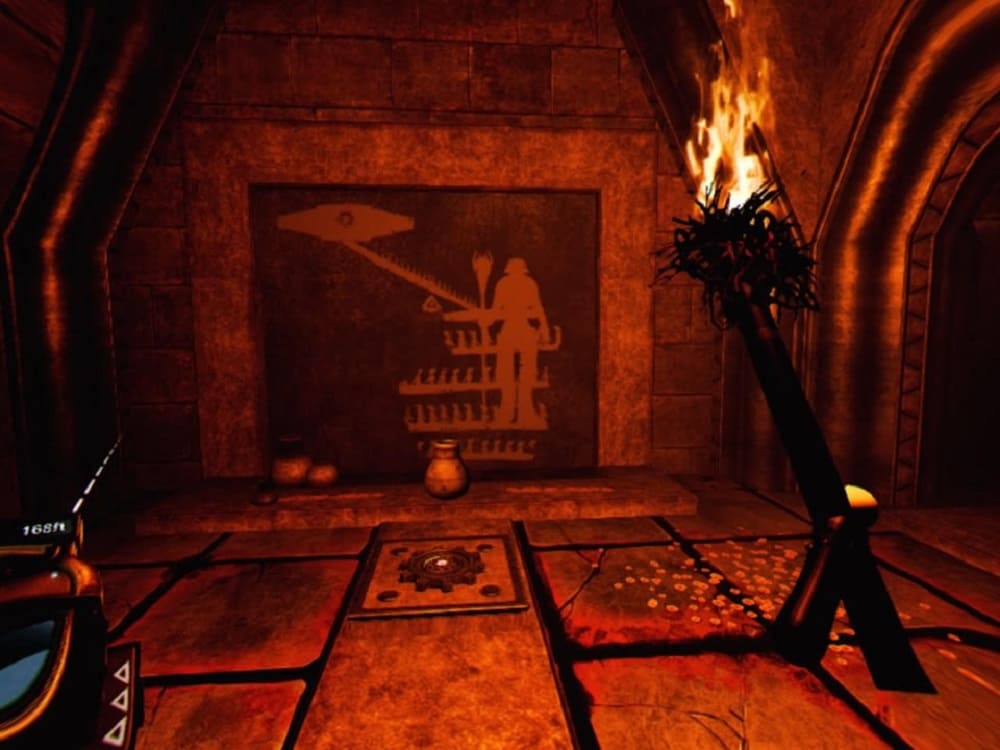 The lengthy loading times wouldn’t be as problematic if they were easier to avoid. A lack of clear division between areas means you may venture in one direction thinking it’s the right way, before realising you need to double back. This may only be a few paces, but sometimes it means enduring a couple of minutes of loading, twice. A prompt to enter new areas would have perhaps alleviated the issue. Worse than this though is the mission marker, which simply shows up as a reticule when you look towards your objective. Given the mass of subterranean caves and surface area, you don’t know if you’re even at the right height – let alone position – to continue your quest, and this is by far the most frustrating element of The Solus Project. Spending what seems like hours wandering around in circles, unable to find either the exit or the correct direction to go isn’t a great way to spend my time.

Still, The Solus Project does far more right than it does wrong. The VR mode especially shines as it offers the full experience, with a respectable run-time more akin to that of Resident Evil VII than to that of, say, Robinson: The Journey or Psychonauts: In the Rhombus of Ruin. And there’s plenty of content to enjoy during that time, not only from the story, but also the collectables, the exploration for and of hidden areas, and survival itself. With the price of admission currently at £15.99/$19.99, I’d recommend anyone who’s looking for their next PSVR game to give this a go. Though those without a PSVR headset shouldn’t shy away from it either.