South Park: The Stick of Truth was an unexpected delight when it released in 2014.

Despite development and publisher troubles, it emerged as a game that wasn’t only good, but mind-blowingly great. The audio and visuals truly nailed the South Park look and feel; the gameplay was absorbing and surprisingly deep; and it was funny. Genuinely funny. So when The Fractured But Whole, the sequel to The Stick of Truth, was announced, I was over the moon.

Picking up some time after the events of the first game, The Fractured But Whole once again places you in control of The New Kid. Still at it with the wizards and warriors roleplay, a spate of cat disappearances occurring around South Park prompts Cartman to insist that they take up their superhero personas instead. After all, the $100 reward offered for finding one particular cat could be used to set up their Netflix franchise, and that’s too good an opportunity to miss. 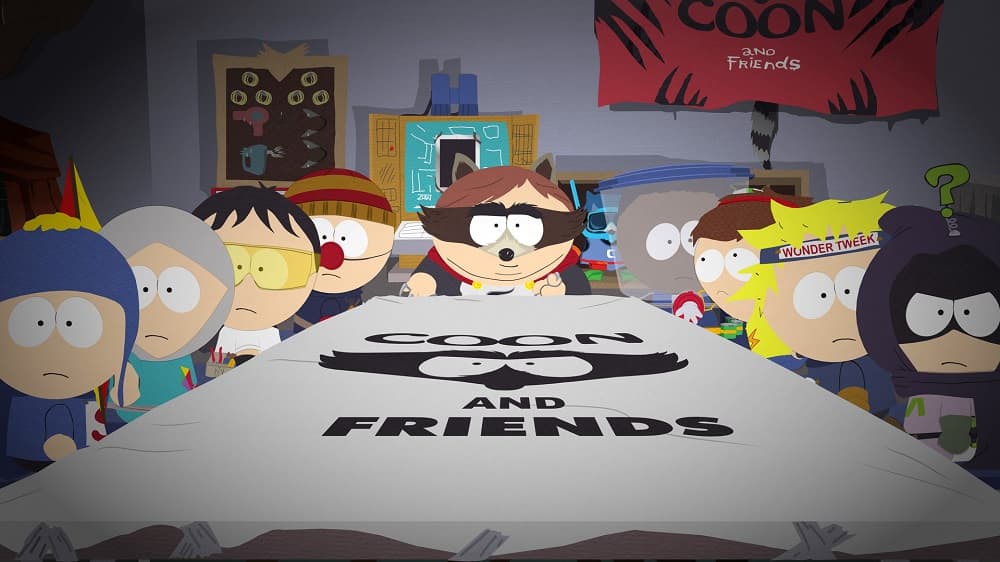 And so South Park: The Fractured But Whole jumps on the superhero bandwagon that is undoubtedly popular right now. Split into two factions, Cartman’s Coon and Friends and Timmy’s Freedom Pals, it’s a tale that encompasses numerous civil wars and some unexpected twists. But unfortunately, it never quite manages to capture the magic of the previous title — despite being overall a more rounded experience.

Already perfected in The Stick of Truth, The Fractured But Whole’s presentation is brilliant. It’s essentially like playing a 20-hour South Park episode. And while Cartman and co. are still playing their old fantasy game at the outset, the town has undergone a fair few changes that indicates some time has passed. There’s a new Strip Club, for example, Canada is now blocked off by a wall, and Morgan Freeman has his very own Mexican food joint. Walking around feels familiar, just as it should, but there’s enough that’s new to see and do that you never feel like the town from The Stick of Truth has just been copy-pasted.

Combat is perhaps where the most notable change has been made. It’s still turn-based like the original title, but a new grid system allows you to move around, bringing more strategy into the proceedings. Three skills and one supermove form your repertoire of commands, which can be switched out freely with those available in your character classes whenever you’re not in battle, and creating a mix that gives you some versatility is a must. Of course, the three other team members that you choose to bring into battle each have their own skills too, so it pays to strike a balance within your team. 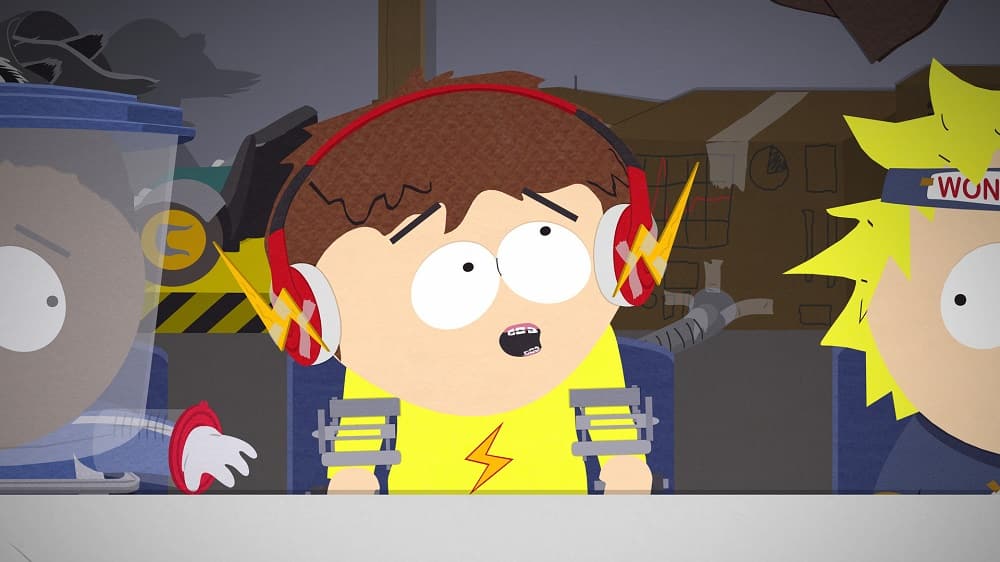 There’s still the usual status effects like Grossed Out and Bleeding, but the move to grid-based battles facilitates a new knockback mechanic which allows you to eke out extra damage with attacks, as well as take control of the battlefield. Some concessions have been made though, with the timed button presses of The Stick of Truth being removed or simply much less prominent across the board. The summons you gain access to on your adventure just don’t have the same impact that they previously did, either.

While you still earn experience from battles, there’s more emphasis on completing challenges to level up The New Kid, such as successfully pooing in every toilet in South Park. Rather than increasing your stats and allowing you to equip new weapons and armour though, levelling up instead unlocks a sequence of artefact slots. Found and crafted throughout your adventure, the stat increases and special effects that your equipped artifacts provide all add up to increase your might level, while one single DNA mutation can also be assigned to further enhance the efficiency of your skills.

Allowing you to tweak your stats at any time to mix up your play style, The Fractured But Whole’s artefact system will be seen as a good move by many, especially those who like to customise The New Kid to look just as they want them to. Those who go out their way to complete side quests and explore South Park, however, will probably unlock all of the possible slots way before the end of the game, leaving further level ups to feel rather meaningless. 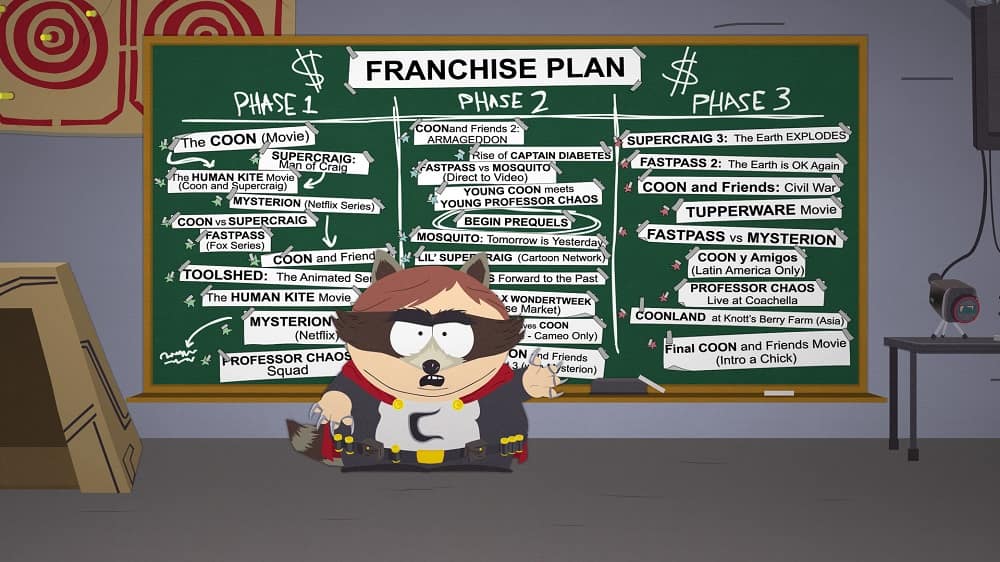 Just like in The Stick of Truth, a steady stream of buddy skills are unlocked as the game progresses, allowing you to access previously unexplored areas and solve environmental puzzles. Unlike in the first game, however, they feel a little overused, and eventually begin to grate due to their repetitive mini games. More enjoyable and interesting though, are the numerous fart abilities that The New Kid acquires throughout the journey. Particularly useful in battle, pausing and reversing time has obvious benefits, while summoning a past version of yourself almost feels game-breaking.

South Park: The Fractured But Whole is available on PlayStation 4, Xbox One and PC. We reviewed the Xbox One version.