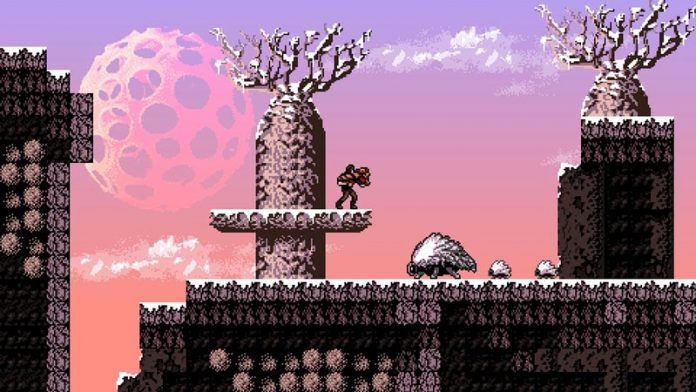 With the Nintendo 3DS recently being graced with Metroid: Samus Returns, Switch owners may feel like they’ve been given the cold shoulder.

The truth is, however, that they’ve actually just been spoiled: they just need to broaden their horizons. You see, last week saw the release of Axiom Verge on the versatile little console/handheld hybrid, and it stands toe-to-toe with the best Metroid releases over the years.

I reviewed Axiom Verge when it was first released on PlayStation 4 over two years ago, awarding it a mighty 9/10. Developed by just one man, Tom Happ, it blew me away, and playing through it again on the Switch it hasn’t lost a single bit of charm. It’s a sprawling 2D shooter platforming adventure – a metroidvania – and while it wears its influences on its sleeve, it has enough of its own unique features and quirks to make it stand out as a classic in its own right. 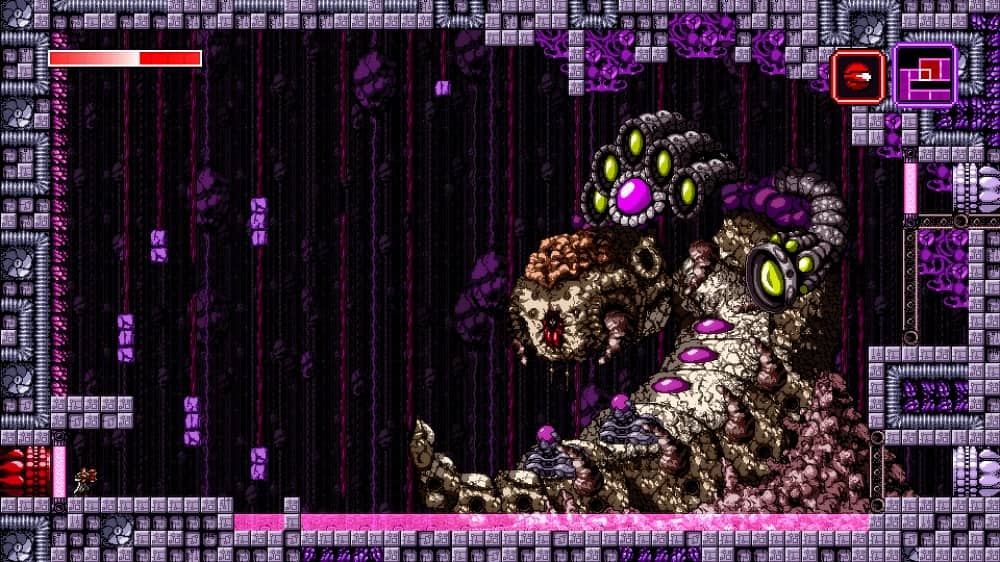 Running, jumping and gunning is made even more engaging by the hauntingly alien world that Axiom Verge immerses you in. Enemies are abstract, deadly and at times disturbingly grotesque. The Rusalki, your bio-mechanical allies during your adventure, have a great H.R. Giger inspired appearance. And the interconnected environments that you find yourself exploring each have their own flavour yet feel consistent. Every moment you spend with Axiom Verge is one of action yet also mystery as you discover new abilities and weapons that grant you access to new areas.

The most curious of tools at your disposal in Axiom Verge is the Address Disruptor. Capable of resolving glitches in the environment to allow safe passage, it can also be used on your enemies, altering not only their appearance but also their behaviour. From opening up secret passages to creating floating platforms, your ingenuity with the Address Disruptor opens up some interesting gameplay opportunities and a nice change from just blasting alien scum with your typical arsenal. 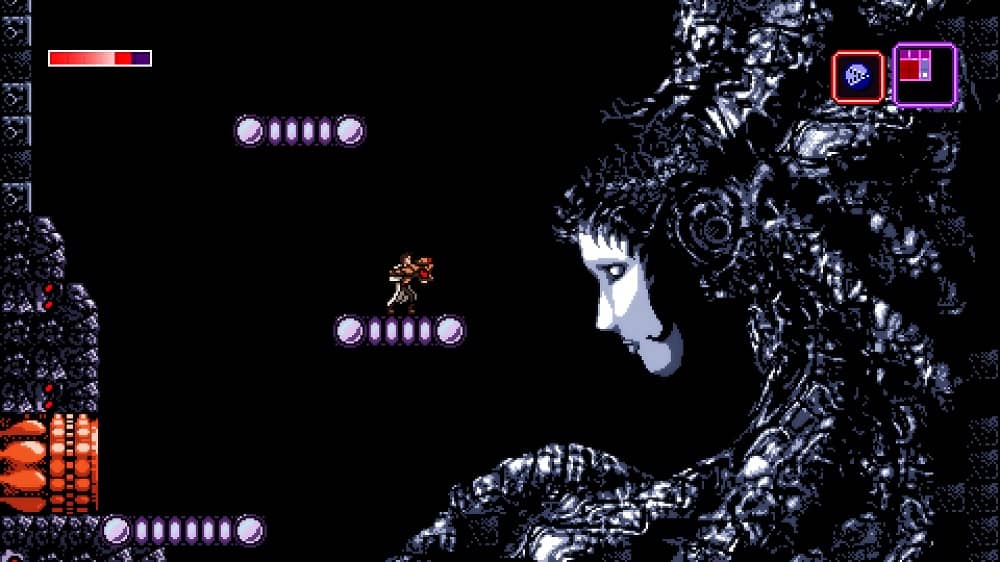 While Axiom Verge on the Switch has no special features or additional content to speak of, those who have yet to experience it will not find a better place to do so. Docked, the game is every bit as good as the PlayStation 4 version, but it absolutely shines when played as a handheld title. The vibrant colours make the most of the Switch’s brilliant screen, and with headphones on the unique soundtrack becomes even more mesmerising. With the Switch’s reliable in-built sleep feature, there’s no need to hunt down save points when you want to take a break either.

Clocking in at around 10 hours for your first playthrough on normal, those who wish to discover all of Axiom Verge‘s secrets will find their playtime sufficiently increased, as will those who desire to play on hard difficulty. There’s even a dedicated speedrun mode for those who want to push themselves and their experience with the game. It’s a labour of love for its developer, and you can feel it in every moment of play. In my original review for the game I stated that it’s the best metroidvania since Castlevania: Symphony of the Night and I stand by that. It’s only been two years, but Axiom Verge hasn’t lost any of its shine. In fact, going back to it, I think my fondness for the title has grown. Surely the sign of a future classic?

Available digitally now for £14.99, Axiom Verge joins the Nintendo Switch’s ever-growing list of must-haves. It doesn’t so much fill the Metroid-shaped gap in its library as reshape it in its own image. Surely a title that will be remembered for years to come, if you’d rather have a physical copy of Axiom Verge on Switch there’ll be both standard and limited Multiverse editions available in November. Be sure to pick it up, one way or another.