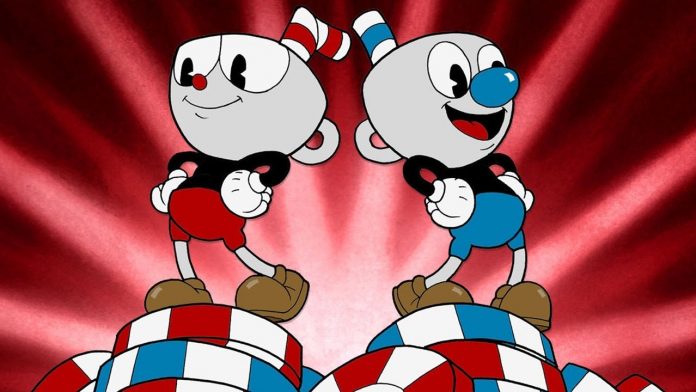 It’s been a week of buyouts and ill-advised purchases. First, media outlet IGN bought Humble Bundle, a digital storefront notable for allowing purchasers to decide how much they pay for games, and how much of their purchase price goes to charity. Contentious as this move was, it nevertheless led to a host of other gaming sites snapping up online stores. Kotaku and Eurogamer pooled their resources to purchase Microsoft, while GiantBomb bought a 52% share in Nintendo.

Here at GameSpew, we’ve yet to complete our own poorly thought-out acquisition but we’re currently eyeing up eighties and nineties publisher Gremlin Interactive. If all goes according to plan, you can look forward to the remake of Wanted: Monty Mole being awarded our first 11/10 rating. In other news:

The truth about what’s really in Cuphead’s cup

Tough-as-nails run and gun shooter Cuphead has sold more than a million copies and yet the game’s biggest mystery has remained unsolved. Until now, that is. The question of “Just what is in Cuphead’s cup?” has proven a puzzle to many, with both VideoGamer and Gizmodo advancing their own theories. However, we at GameSpew can put the matter to rest with a conclusive answer; an answer we obtained by going through creators Studio MDHR’s bins.

As revealed by the crucial design documents we plundered, there is in fact nothing within Cuphead and Mughead’s respective drinking vessels. Because, rather than being conventional receptacles, the base of their heads are actually portals to a hideous nether-realm; a realm populated by unimaginable monstrosities, the likes of which would give H.P. Lovecraft nightmares. When Cuphead is seen to be “drinking” from his head, he is in fact plunging his straw through the portal and supping the black milk of the unholy nevermother Bystaisar.

The documents further reveal that, far from being quirky, cheeky cartoon characters, Cuphead and Mughead are the emissaries of the various timeless beings that dwell within the otherrealm. They seek to unseat Satan not to save their own souls, for they have none, but to enable their nameless, abyssal master’s transition between his world and ours. Furthermore, the life essence of every creature the pair slaughters nourishes the nightmarish beings that they serve.

We tried to glean further information from the design documents but it was that this point that our eyes started to bleed and so we burnt them to preserve our sanity.

In a shoddy attempt to raise interest in the Sega Genesis Flashback retro-console, Sega have announced they are funding study into Alex Kidd, their former mascot. The study, to be carried out by the Institute for Some Guys Who Weren’t Doing Much Else, will involve extracting Kidd’s DNA from a slightly-soiled Sega Master System.

“It’s early days yet,” explained a Sega spokeshedgehog, “but my money’s on him being the result of a transporter accident involving a tribble, a monkey and a small infant.”

Following complaints about Mercy, the angelic character featured in multiplayer shoot-em-up Overwatch, Blizzard have put out a patch which turns her into a solid block of concrete.

“It was pretty obvious that people were going to whinge whatever we did,” explains a Blizzard spokesperson.  “First she was too powerful, then she wasn’t powerful enough, or a particular ability didn’t work the way people thought it should. Honestly, we were just sick of it.”

“So we thought, ‘to hell with it all’, and decided we’d just yank her out of the game entirely. We could have removed her character portrait, but we thought that it was more appropriate that people still be able to select her and end up controlling a block of concrete. Or rather, not controlling the block.”

“It’s our way of saying ‘This is your fault. You did this.’ Any more whining and we’ll cripple more characters. Right now, we’re considering turning Roadhog into a gigantic space-hopper.”

“Don’t believe me? Just you wait and see.”

The upcoming final season of Telltale’s The Walking Dead will feature loot boxes, the studio has revealed. The lootboxes must be purchased using real currency and will contain a number of randomly generated items. Some, such as the mankini you can put Zombie Kenny in, are merely cosmetic. Other radically alter the game’s plot, as is the case with the “Get Out Of Awful, Relentless Misery” card. Using the latter in-game will not only resurrect the last character who died but will turn all the game’s living dead into kittens which do little more than paw at the player’s feet.

“I’m sure we’ll be accused of being greedy,” Telltale’s head designer, Will Simons, told us, “but nothing could be further from the truth. We don’t care about the money. It’s just that we hate every single person who plays our games and are fuelled by their discomfort.”

And that’s the news. Next week, we’ll have an exclusive interview with the modder who got Doom running on a George Foreman grill.