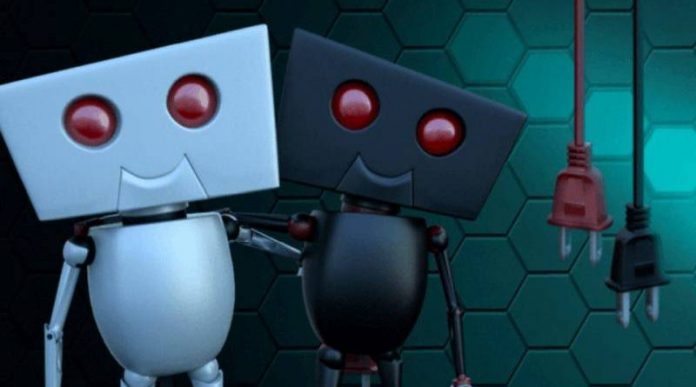 Originally released in 2014 for PC and Ouya and ported to Wii U in 2016, Thinice’s 2.5D platformer Twin Robots has now leisurely made its way onto Sony platforms.

The biggest problem with that, unfortunately, is that it really isn’t enjoyable enough to warrant the port to PlayStation.

Right from the beginning, Twin Robots lays down its hand: in a laboratory setting, two robots are tasked with escaping captivity by reaching an exit door. At the start of each stage, one of your two robots is trapped in a chamber, and finding and pressing a red switch located somewhere in the level is the key to their release. Rescuing your trapped companion isn’t mandatory, however – in fact, you can complete each level by exiting the stage with only a single robot. 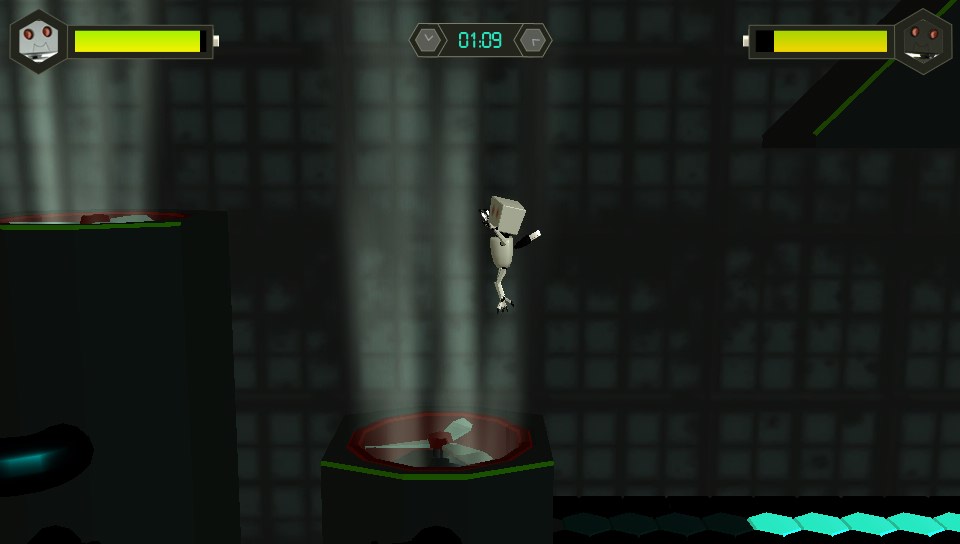 Given the name of the game and the main mechanic emphasizing swapping between robots, it felt to me as if the decision to make rescuing your pal an optional side activity undermined the entire premise of the game. Ultimately, if you’re interested in 100% completion and earning trophies, you’ll need to bring each one of your little metal friends home in each of the game’s 28 levels. The abundance of easily obtainable gold trophies was the biggest factor in keeping me coming back.

Completing each level is not as simple as reaching the door; instead, each of your robots is afforded the ability to charge the door with its own battery power. Fully charge the door, and you have yourself an open exit. Your companions slowly lose their charge as they run and jump through each stage, and collecting blue tiles on the floor will slowly recharge them. Exchanging battery power between robots is also possible, so long as they’re both still functioning.

As you progress, levels become more complex, introducing new traps and hazards to impede your progress, but the generic aesthetic loses its appeal early on. While pools of acid and physics-based puzzles try to shake things up, it doesn’t stop the game from coming across as formulaic. From the visuals to the repetitive gameplay and the complete absence of a narrative, Twin Robots feels tragically uninspired. 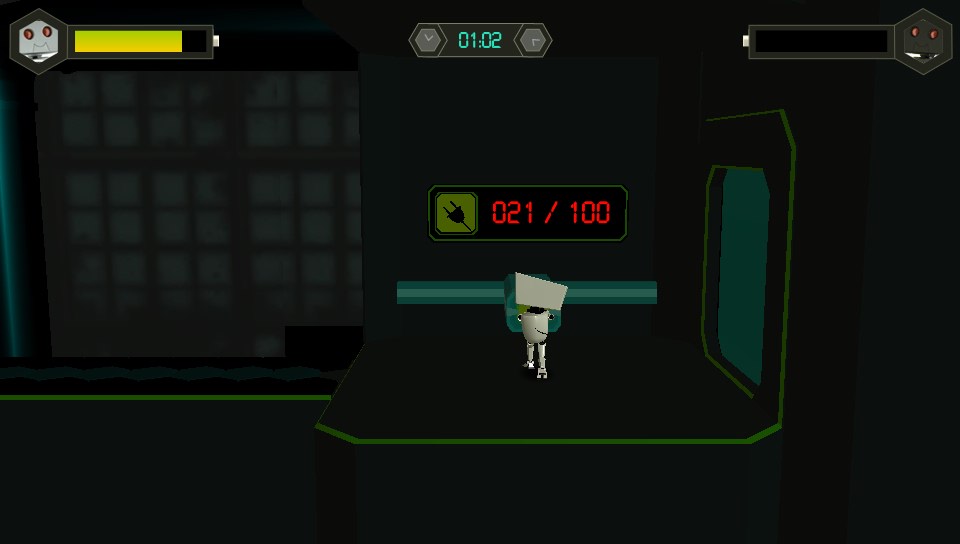 While controls feel a bit stiff, they remain serviceable throughout the entirety of the game. Unfortunately, the limited moveset for the robots doesn’t offer enough to prevent things from getting stale pretty quickly. Movement is limited to running, jumping (wall jumps included), and grabbing onto ledges. Between that and swapping between robots on-the-fly, it doesn’t take long for Twin Robots’ gameplay to slip into the mundane. It all works fine, but it’s not enough to carry a game.

At the beginning of each stage, the music highlighting the impending doom of one of your robots attempts to convey a sense of urgency, but all urgency dissipates the second the robot is freed (or when you stop caring about freeing the second robot and instead opt to fly solo). Afterwards, most songs and sounds are basic instrumentals that go largely unheard on account of their simplicity.

Twin Robots is over in a couple of hours, and its lack of personality means that it’s unlikely to stay in your memory for much longer than the time spent playing it. Given that the PlayStation Vita version also lacks the local multiplayer functionality that the other versions offer, what you have here is an inferior version of a game that is, on all accounts, undeniably lacklustre. While I can’t rightfully say that there is anything that doesn’t work as expected, there isn’t anything in particular that stands out, either.

Twin Robots is available on PC, PlayStation 4, PS Vita and Wii U. We reviewed the PS Vita version.