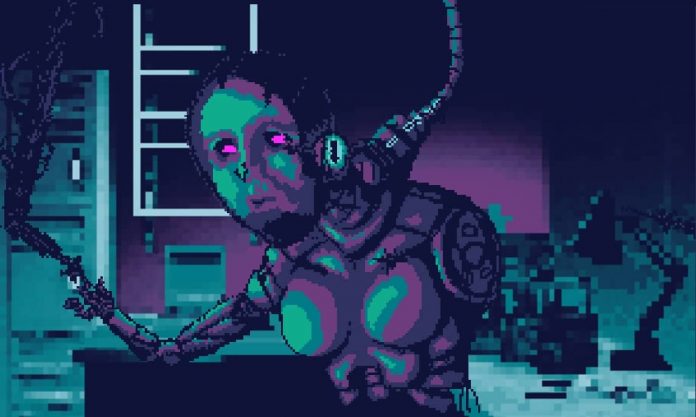 Imagine waking up on day to find yourself in an unfamiliar body.

Your mind desperately searches for an explanation as to how you ended up here, wherever here is, and why you’re no longer yourself. You try to move, raising hands that are disturbingly alien but find yourself restrained somehow. Frantically you try to move your legs but gazing down in horror, see that they aren’t there. And there are other pieces of you that are missing.

You try to scream but only the thinnest of whispers escapes your lips. With effort, you’re able to turn your head and see… him. At least, you think it’s a him. The shape is vaguely masculine though you’re having trouble making things out. Has he done this to you? Why? What did you ever do wrong? 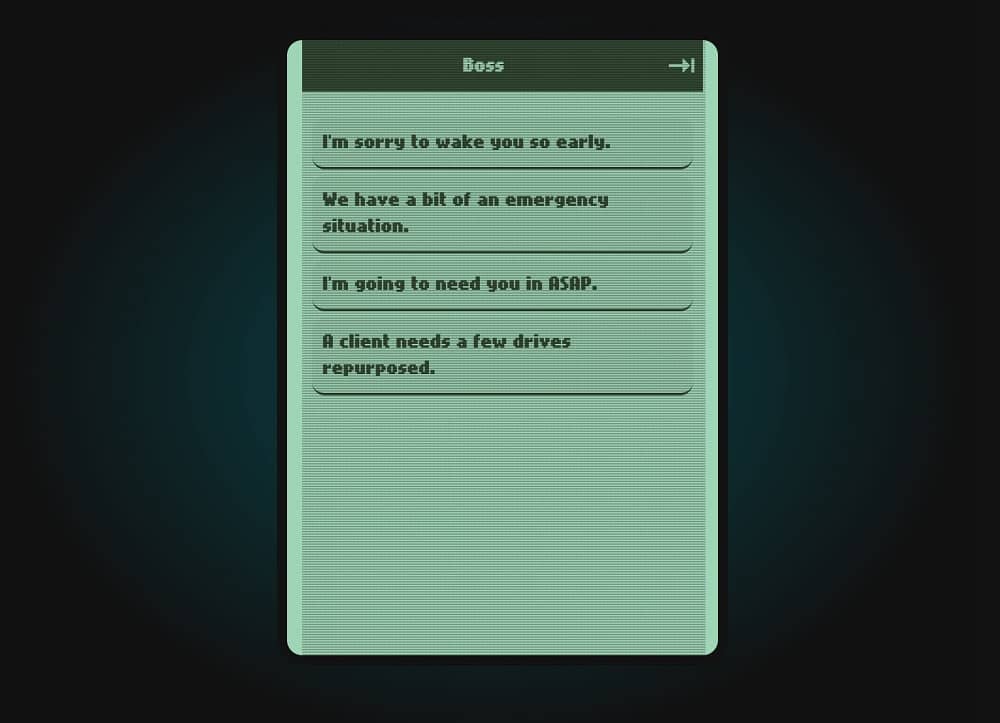 The above scenario is distressing to say the least but in LOCALHOST, currently available on PC, you’re the one responsible for inflicting said misery upon your disorientated victims. You’ve been charged with deleting four artificial intelligence beings who, unsurprisingly, aren’t keen on the notion of being wiped from existence. This in turn leaves you with the unenviable task of talking them into enabling their own obliteration.

Suffice to say, LOCALHOST is not a happy-go-lucky game. While your boss claims that the AI’s respective responses are mere self-defence mechanisms, you’d be stony-hearted not to empathise with their horrific predicaments. Couple this with LOCALHOST’s subdued colour palette, pixellated graphics and moody soundtrack and it’s very clear that you’re not the good guy.

Conversing with the aforementioned AIs requires a degree of care since your choice of response can alter their whole attitude to you or, in some cases, result in them clamming up totally. Their responses cover the full emotional range and will have you pondering the very nature of their, and your, existence. There’s even one AI who, in a Blade Runner-esque twist, is convinced they’re human. 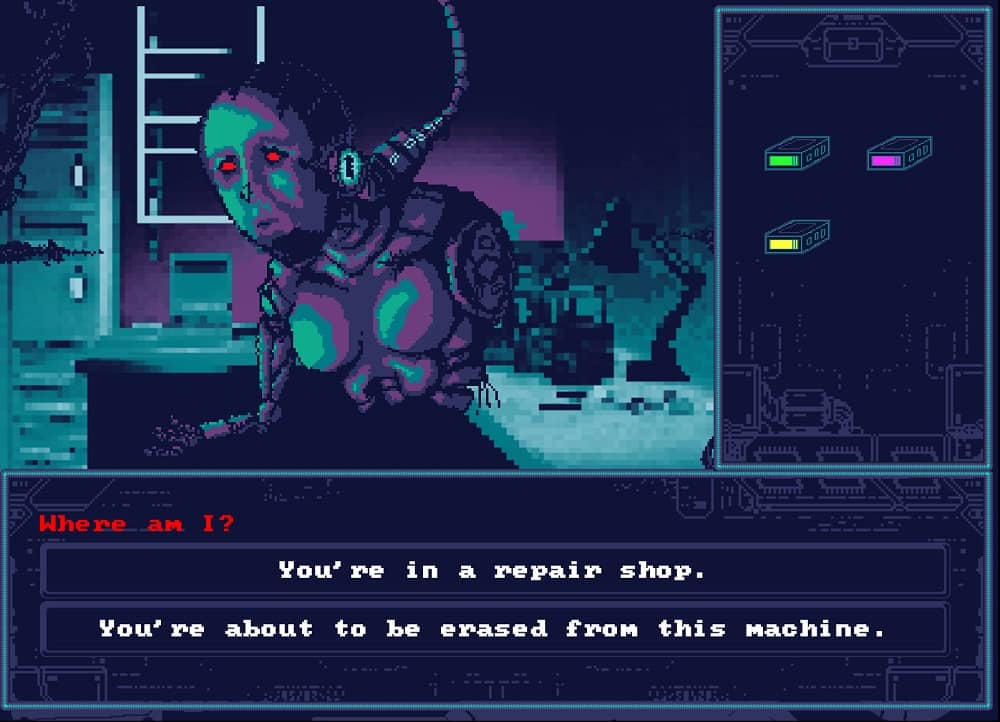 However, the weighty issues the game seeks to tackle are diminished by the manner in which its dialogue system sometimes railroads you, putting words into your mouth. Sometimes you’ll be given a choice of two responses, both polar opposites with no middle ground. On one occasion I found myself presented with only one dialogue option, which was “Why should I care?” This made little sense given that I’d been attempting to befriend the artificial intelligence in question.

LOCALHOST is an interesting experience, with a strong premise and does stand up to repeated play since, aside from wiping each AI, there’s also a secret objective of sorts and multiple endings. It didn’t quite manage to immerse me in its bleak world, but there’s enough potential here for a sequel to build upon.

Should you wish to try your hand at being a digital executioner you can purchase LOCALHOST from itch.io.