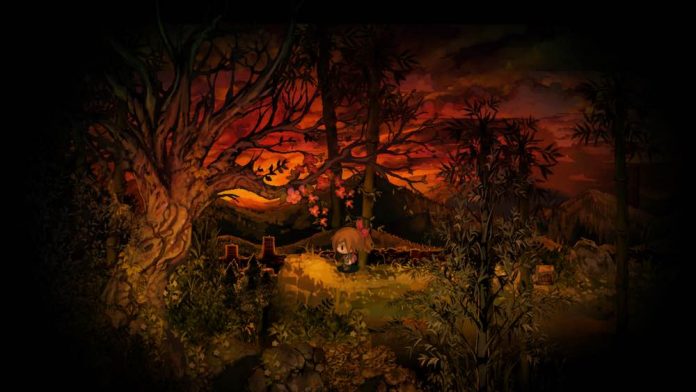 One element too often forgotten in many modern survival horror games is the need to instil a ratcheting sense of dread.

Yomawari: Midnight Shadows guarantees this element almost instantly, making you promise to never look away from the screen before even a character has the chance to grace it.

The not so long-awaited follow-up to Nippon Ichi Software’s Yomawari: Night Alone, Midnight Shadows continues the spine-chilling exploits of the previously unnamed Yui. This time, she finds herself – rather than her dog and sister – on the wrong side of a ghostly kidnapper. The story primarily plays out from the perspective of her equally chibi-like schoolfriend Haru, who’s tasked with saving her gal pal. Once again, it’s a rather simple but serviceable tale of separation, but it works and is beautifully presented. 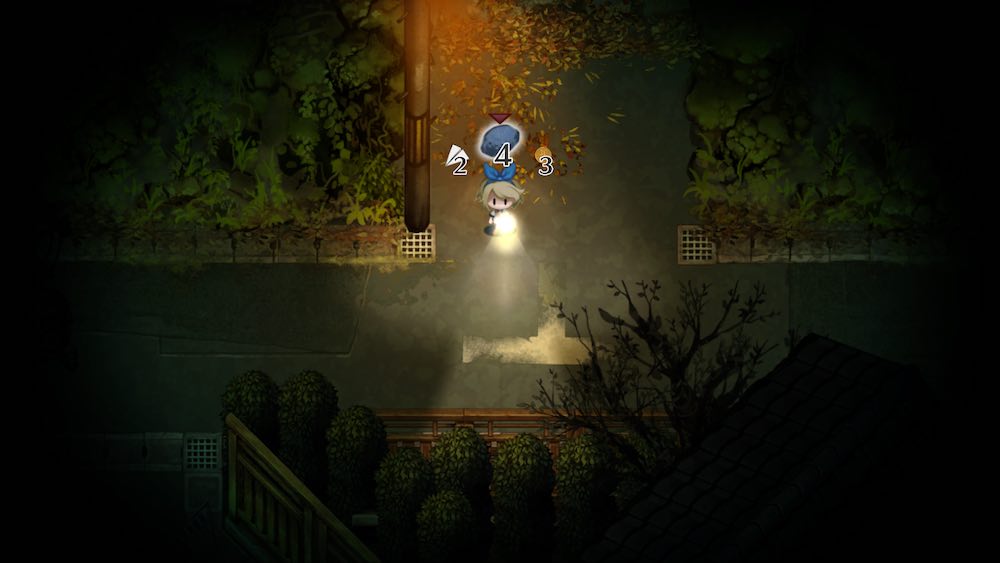 What made the original Yomawari such a unique and surprising experience was in how it played upon your expectations of what a typical survival horror should be. Completely stripping your ability to take the fight to your enemies, it instead placed an emphasis on evasion and stealth uniquely from an isometric point of view. Midnight Shadows continues this tact expertly, using the extra power of the PS4 to its advantage while still retaining the relatively claustrophobic experience offered up the first time around – albeit with a much larger world to explore this time.

While technically the same setting from the initial game, Yomawari: Midnight Shadows opens things up ever so slightly by adding a few new locations you’ll visit in the bid to find out what happened to Yui. Much more than just the silent city streets, here there’s a lovingly realised mountain area that’s as eerie as it is beautiful, an obligatory haunted house, and a library section of the game which proved to test my patience as well as sneaking skill.

While roaming around the map on your journey as either of the two girls, monsters will moan and vending machines will grumble. This overall minimalist approach to sound design is reinforced further by Nippon Ichi Software’s decision to keep Midnight Shadows completely soundtrack-free. Of course, keeping things relatively silent can also be an advantage, providing you with the means to listen out for your foes ahead of time to gain the upper hand. 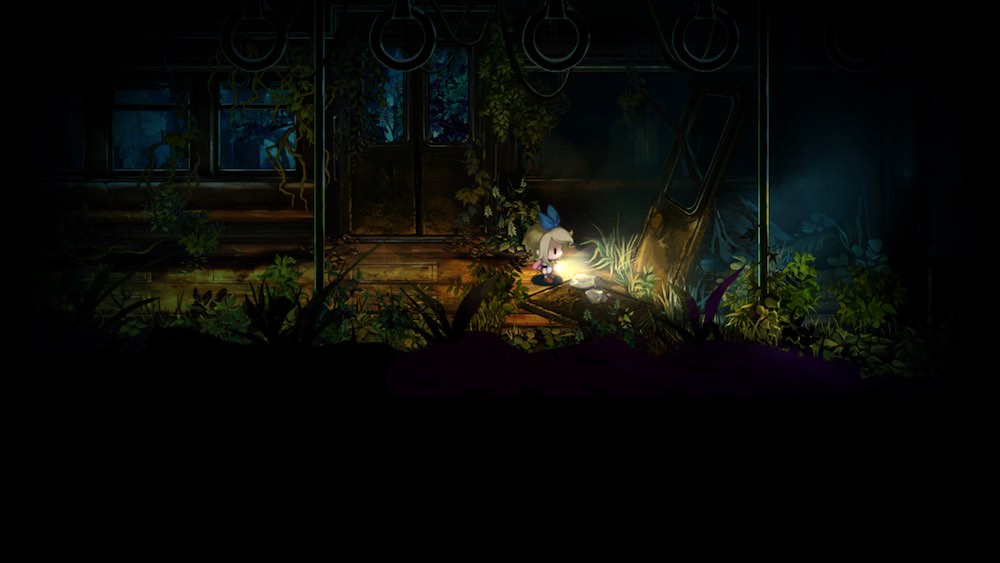 Speaking of those that go bump in the night, Midnight Shadows offers up a relatively eclectic mix of nightmare nasties indicative of Japanese and anime horror creatures. Whether it’s giant eyeballs that stalk your path when pacing the streets or a beached ghoul’s maddening red lips, Yomawari is just as obsessed with gruesome takes on the human body as it is with scaring you when you least expect, making for a welcome change over Midnight Shadows’ predecessor’s repetitive reapers.

For as quietly unnerving and atmospheric as the original Yomawari was, one main drawback was its inability to legitimately set in the chills. The eerie tip-tapping of footsteps accompanied with the blackness which bordered the PlayStation Vita’s screen were nice touches sure, but once you’d learned how the game operates, after the first hour it struggled to scare. Not so with Midnight Shadows.

Almost from the jump does Midnight Shadows prove its ability to surprise and catch you off guard, toying with the idea of genre-breaking quite substantially. One instance of this was the image of a monster clamping down on the menu screen unexpectedly while I was deep in thought reading an item’s description. Scripted? Sure. A little cheap? Maybe. But such approaches go a long way in taking Midnight Shadows’ horror experience from middling to mildly-brilliant. 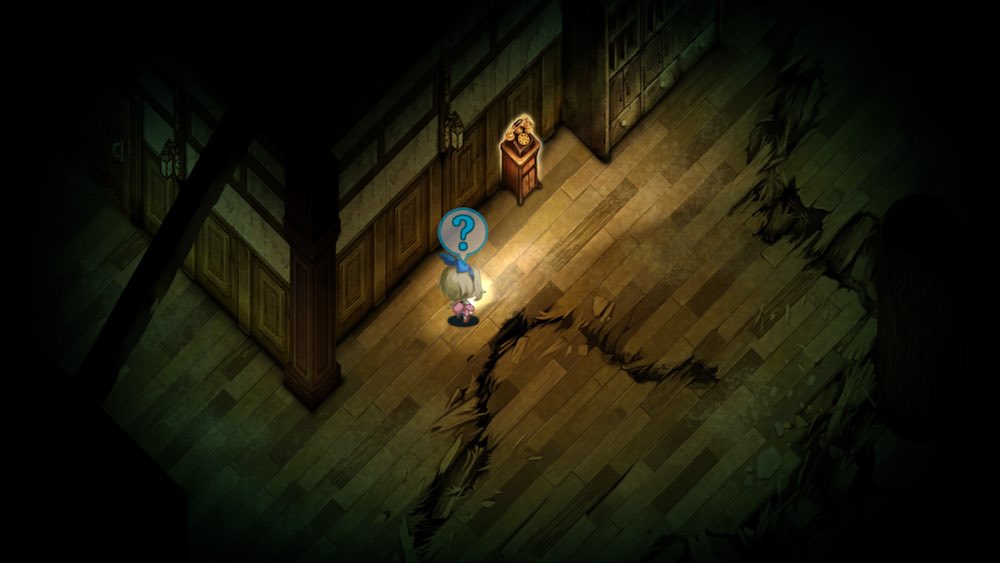 Unfortunately for all the subtle strides Yomawari: Midnight Shadows takes with regards to enemies, scares, and locations, the inclusion of a bigger world brings with it a few downsides. Though doing away with the chapter-by-chapter story structuring set before, Midnight Shadows has you return to the same setting every time you flitter back to Haru following a brief stint with Yari. This means you’ll soon grow tired of seeing the same areas each time you venture out to find your friend.

Getting to your destination is made all the more tedious due to Midnight Shadows unfairly gating any incorrect pathways it doesn’t want you to go down just yet. Whether in the form of a ghostly being, overly strong enemy, or just a plain old barrier, finding the correct route is often boiled down to a frustrating process of trial and error. Couple this with the minor issue of always having more than enough resources as present in the first game, and Midnight Shadows just falls short of total greatness.

In many ways, Midnight Shadows is the definitive Yomawari experience for anyone seeking a slightly fresher take on a survival horror game. Nippon Ichi Software continues its streak for scarily merging the cute with the creepy as evidenced in games like Night Alone, A Rose in the Twilight, and now this, while also iterating just enough on the previous game’s formula to not hinder the format too much and even flesh it out.

Yomawari: Midnight Shadows is available on PS4, PC and PS Vita. We reviewed the PS4 version. 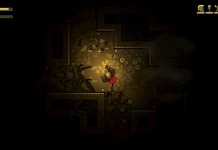