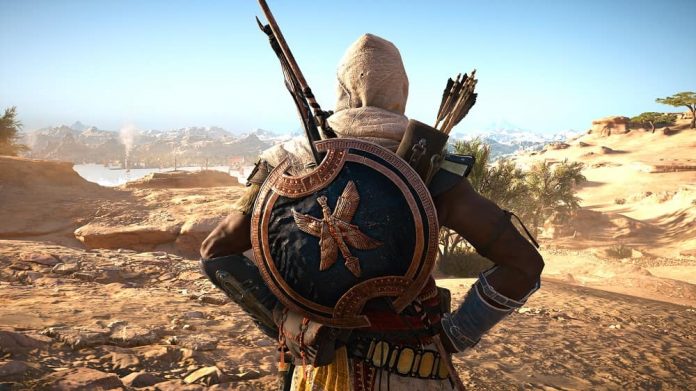 For many Assassin’s Creed players, it’s the lead assassin themselves that defines the experience.

While the character might not quite make or break the enjoyment of sneaking, exploring, fighting and discovering the great worlds that Assassin’s Creed continually provides us, it can have some impact. So often we’re forced to embody a wet towel of a hooded hero. For a long time, Assassin’s Creed 2′s protagonist, the suave Italian Ezio Auditore, has been the exception to this rule; his charismatic persona making his story from revenge to retirement one worth experiencing.

Released just recently to stellar reviews, Assassin’s Creed Origins sees Ubisoft once again take a run at resolving this issue, this time in the form of Egypt’s last Medjay: Bayek of Siwa. 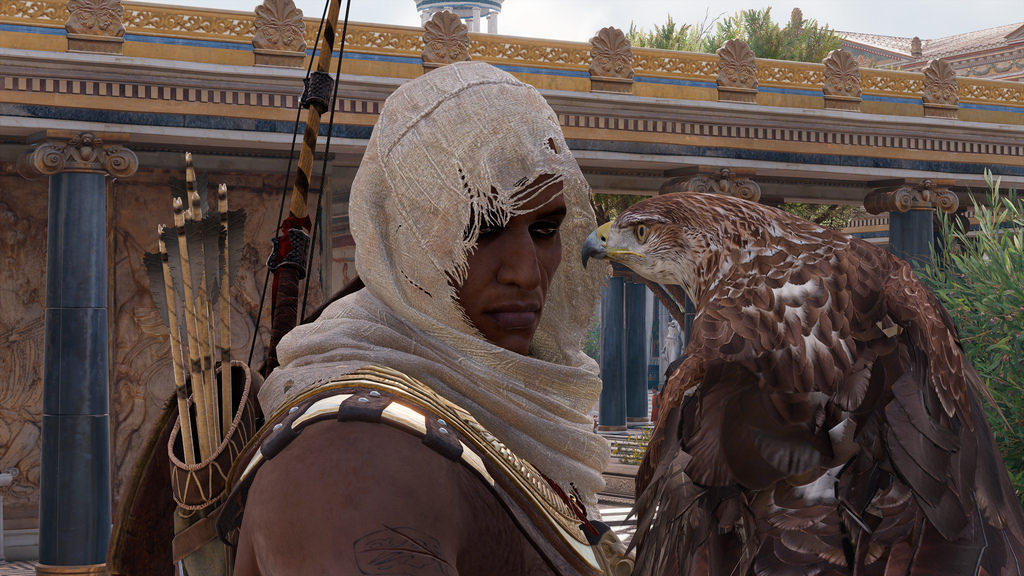 Spoiler warning for the first few hours of Assassin’s Creed Origins and the Ezio trilogy.

While at first glance, Bayek’s journey to avenge the death of his son might seem like a sombre one, Assassin’s Creed Origins does a great job at balancing the rough with the smooth. Far from the grieving father figure you’d typically expect from someone who’s experienced such loss, Ubisoft’s smart decision to pick up a year after this cataclysmic event allows us to see more than just one side of this wilted warrior.

Whether it’s in the brief moments of elation when reuniting with his wife Aya, how innocent street urchins rally around him in awe, or in his ability to charm even the most roguish of characters, Bayek has a personal code of conduct – but he constantly flirts with it. Ezio’s story begins with similar tragedy, but in contrast it’s really only during his later life – during the period covered in Assassin’s Creed Revelations – that we feel real gravitas setting in, with the once flamboyant lover coming full circle.

In many ways, Ezio and Bayek are two sides of the same coin. Bayek loses a son; Ezio loses a father. Considering that Ezio’s journey played out over three games, it makes sense that Bayek is much quicker to feel the consequences of his loss. The mischievous Ezio of Venice in Assassin’s Creed 2 feels like a different character to the older and wiser Ezio of Constantinople in Revelations, but in the case of Origins‘ single title (so far, at least), means we get to see all facets of Bayek’s character over a much shorter timeline. 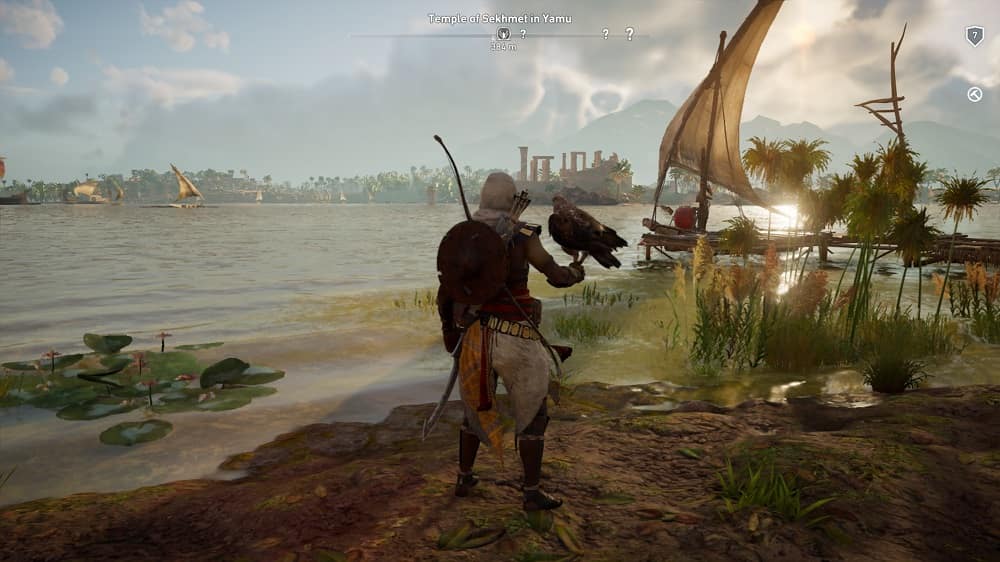 At first, it’s easy to assume that Assassin’s Creed Origins’ story is secondary and character development unsubstantial, but it doesn’t take long until the weight of Bayek’s journey becomes apparent. Those seeking a new assassin worthy of rivalling Ezio’s ongoing allure might be surprised by what Bayek has to offer to the franchise. There’s real purpose and meaning behind your actions – both in main and side missions. Everything that Bayek endures throughout the game feels coherent, and this is an indulgence not often found in other entries to the series.

For some, seeing a man find joy so quickly after losing his son might come as a shock – but in many ways, it’s exactly this that makes Bayek a believable and relatable character. During times of darkness it’s human nature to seek out the light. It’s this very sentiment that sets the foundations for the Assassin’s Creed as we know it: “We work in the dark to serve the light. We are Assassins. Nothing is true, everything is permitted.”

To say whether Origins ends on a note that leaves itself open for more adventures with Bayek would be too much of a spoiler for now. Just know that for the time being, the tale of Egypt’s last defender and his quest to avenge his son takes us to more meaningful depths than we’re used to. Bayek is more than your typical two-dimensional protagonist. He has ups and downs, experiences both victory and defeat, and the light and dark moments he traverses with true sorrow and joy make him more believable than any Assassin who came before him.