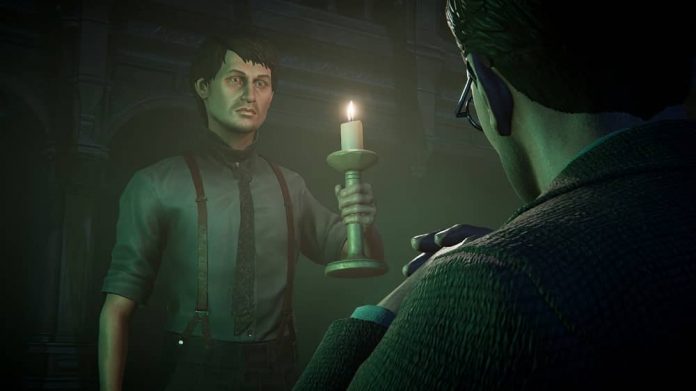 I’m fairly easy to please, and one thing that always brings a smile to my face is a good Scottish accent in a video game.

What can I say? I’m half Scottish; those warm and familiar northerly tones ignite something in my blood. Being set in Scotland then, Black Mirror is bloody full of ’em. Some not so great as others, mind, but there are more than enough wees, kens and och ayes to keep me chortling along.

Of course, you’re probably not all as weird as me and don’t base your liking of a video game on the regional accents of its characters — which, y’know, fine, whatever — but thankfully, Black Mirror‘s got all kinds of other stuff going for it too. 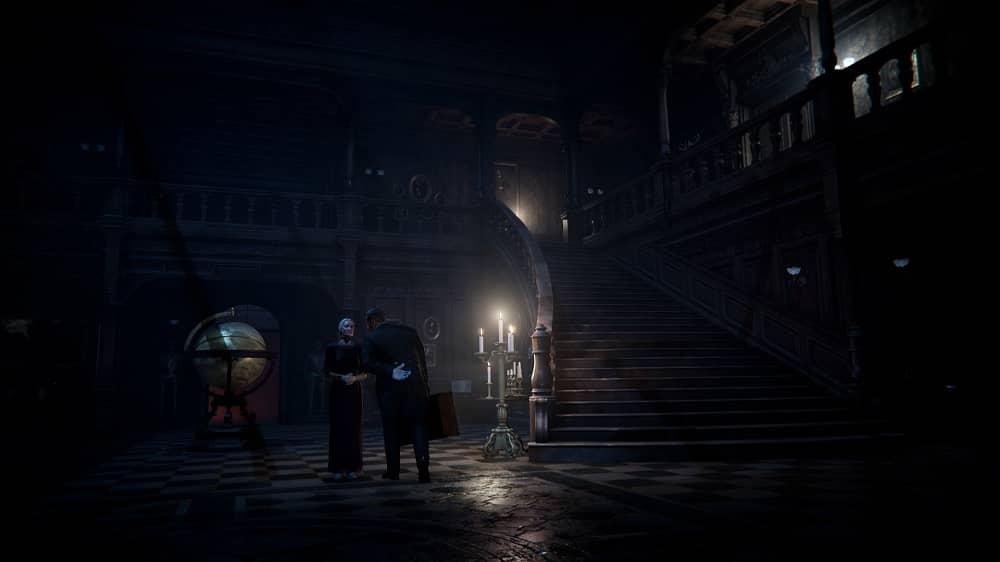 Developed by KING Art Games, this 2017 Black Mirror — which has nothing to do with Charlie Brooker — is a remake of a 2003 game of the same name. Having not played (or even heard of, to be truthful) the 2003 version, Black Mirror is completely new to me, so I had no preconceptions of what the game may or may not be. For me, that boded well — despite being very rough around the edges, I thoroughly enjoyed my time with the game.

The story follows a fellow called David Gordon, a young man who was born in Scotland but grew up in India. Upon receiving the news of his father’s untimely death, he returns to his family’s ancestral home to take care of matters and to follow a lead in a mysterious note left by his father before his death. David may be heir to the family’s fortune (and misfortune) now, but not all is as it seems in the Gordon lineage. Some dark shit is at work, and taking the role of David, it’s your job to discover just what on earth is going on.

Black Mirror plays just like a 3D point and click adventure — imagine a Telltale game but with slightly less quick time events and more actual puzzle solving. There’s the usual collecting of useful items and a few more traditional puzzles to scratch your head over, but it never throws anything too tricky at you. It’s certainly a game more about atmosphere and storytelling than it is about puzzle solving. 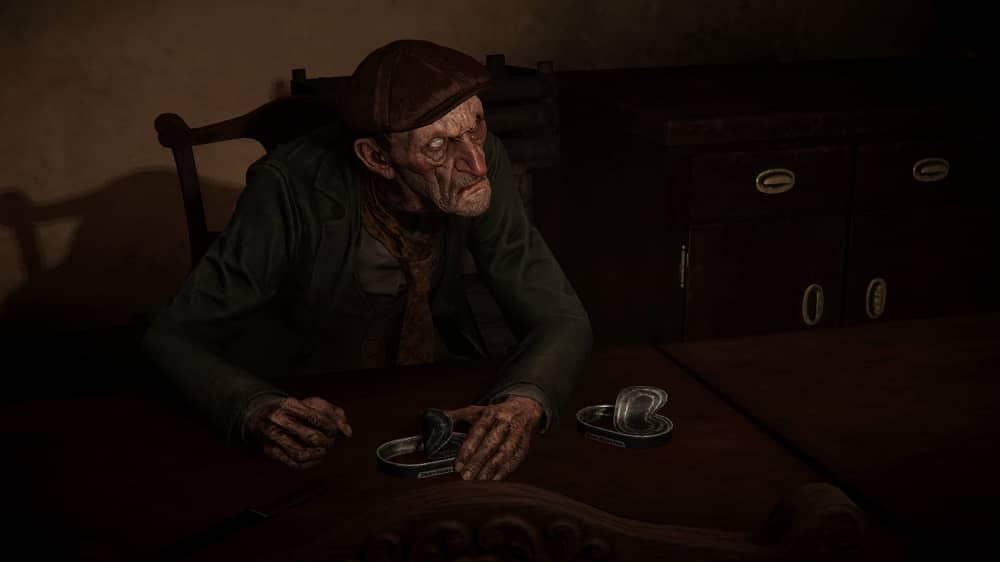 That’s no bad thing, really. Black Mirror‘s story is certainly interesting enough to keep you hooked throughout its six-hour playtime. It moves a little too fast at times, but the writing is quality and characters are well-realised enough that it’s hard not to be intrigued by their motives and dark secrets. The Gordon’s castle is suitably dark and brooding, with plenty of rooms to stick your nose into. It’s a shame we’re only allowed to explore a small amount of the castle, but it’s enough to make a suitable backdrop for the game’s eerie tale.

As I mentioned though, Black Mirror is indeed rough around the edges. Character models aren’t exactly cutting edge, lip syncing is laughably non-existent and animations are janky as hell. Shadows will randomly become pixellated, and textures in the background will inexplicably become highlighted with a white outline that pops in and out. Although, while all those things combined could be jarring at times, it wasn’t enough to deter me from enjoying the overall experience the game delivered. In spite of its technical problems, King ART Games has still created a pretty impressive atmosphere that I couldn’t get enough of. 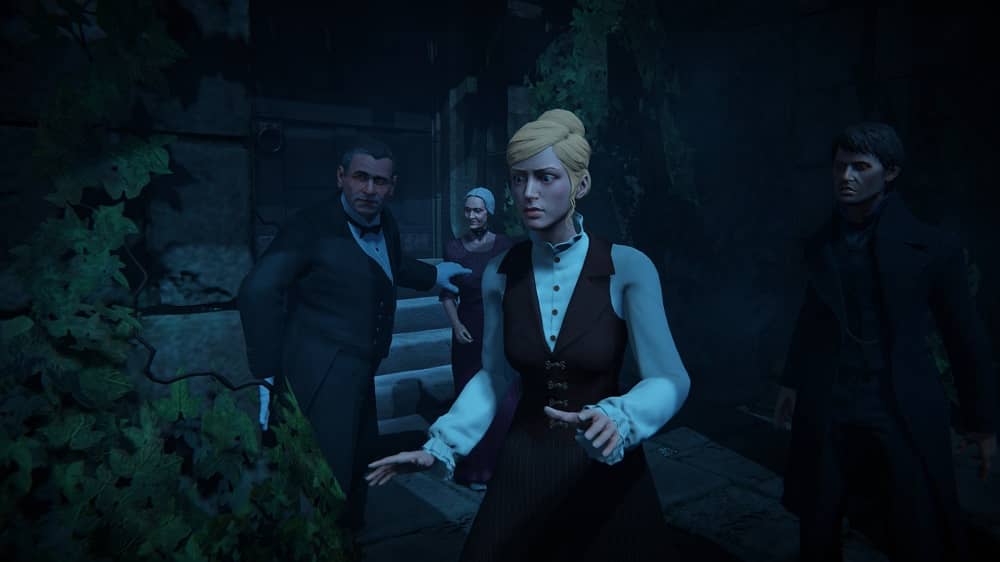 The rooms of the castle themselves are exquisitely decorated, with plenty of detail. Paintings on the wall, wallpapers and flooring are all suitably textured, but most impressive is the lighting. Most of the game takes place in the dead of night, so David is often led only by candlelight. The shadows thrown around by the flickering flame are brilliant, responding realistically to your inputted movements. It’s a level of quality that’s at odds with the general lack of polish, but it’s a welcome touch that only adds to that oppressive atmosphere.

If you’re a fan of old-school adventure games and enjoy a bit of a dark slant, then Black Mirror is well worth checking out. It’s being marketed as a ‘gothic-horror’ adventure, which is a fair description, but don’t let that fool you into thinking that this is a horror game. Sure, it deals with themes of horror, and you’ll come across the odd ghostie, but it won’t have you hiding behind a cushion or jumping out of your seat. It’s just darkly themed, which for a morbid (yet very jumpy) soul like me, it works very well.

Don’t pick up the game expecting a AAA quality adventure; you’re not going to get it. But if you can overlook its tatty edges, Black Mirror comes equipped with an intriguing narrative, excellent atmosphere and solid gameplay that’ll keep you interested from start to finish. And let’s not forget those Scottish accents.

Black Mirror is available on PC, Xbox One and PS4. We reviewed the Xbox One version.