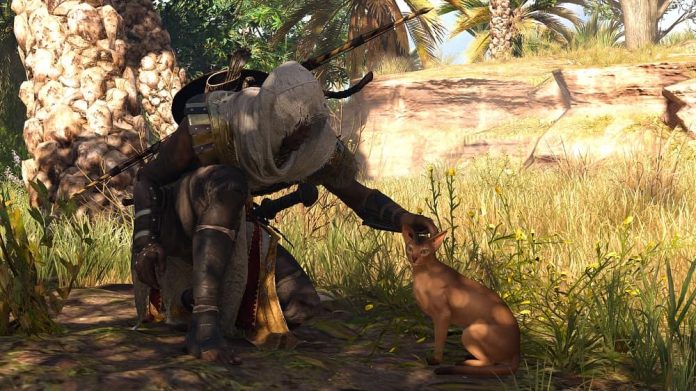 If you have cats yourself, or know someone who does, you’ll know they can be volatile little balls of fur.

They’re happy as Larry one minute, purring their tiny heads off while rubbing themselves on your legs, and the next they’re attached to your arms with the grip of death, furiously kicking away with their back legs. They’re little maniacs, truth be told, but we love them, and in Assassin’s Creed Origins they’re as adorable as ever.

In ancient Egypt cats were regarded with the highest esteem, with the punishment for killing them being severe. They earned their place in communities by killing the vermin that ate from the royal granaries and other pests such as snakes that troubled civilians in towns and cities. In fact, they were that revered that the goddess Bastet was a cat-headed woman, and sometimes cats were given the mummification process. Perhaps that’s why then, in Assassin’s Creed Origins you can pet cats but not dogs.

Aside from from the bigger beasts in the feline family that will pretty much rough you up on sight, like tigers, cats in Assassin’s Creed Origins are some of the nicest you’ll ever meet. They’ll follow you around like your new best friend, only stopping when you parkour yourself into the distance. If you want to reciprocate and show them a little love, you can do so too. Simply crouch near a cat, and if you don’t press any buttons Bayek will reach out to pet them. Find time to do it once in a while. It makes a nice change from slicing people up, and the cats appreciate it, like these little tykes below: 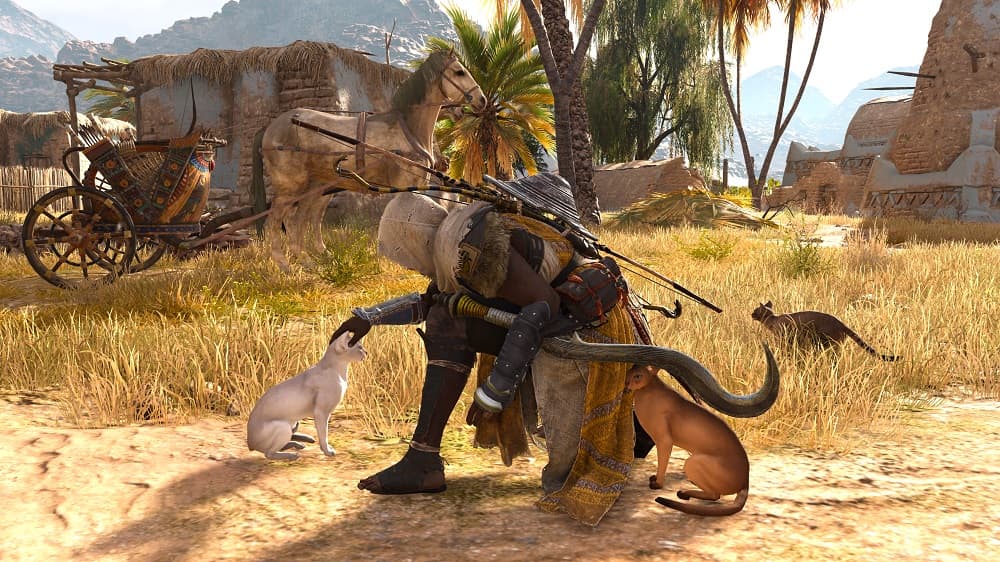