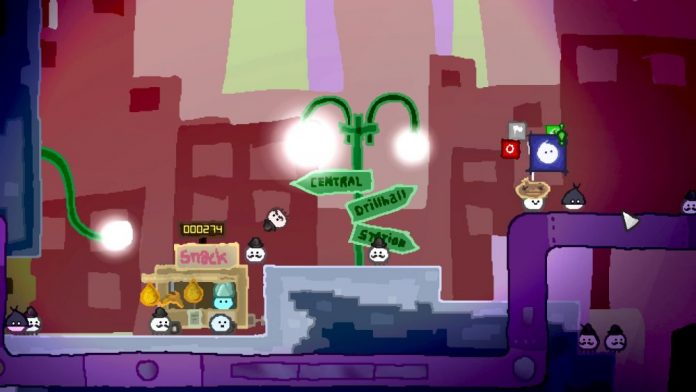 First released last year on PC, Wuppo is a charming adventure-platformer that’s recently made its way to console.

Now, released without much fanfare or fuss, you’re likely to overlook the unassuming Wuppo as one of many briskly thrown-together indie games littering the PSN and Xbox store. Well, don’t! Wuppo surprised me with just how unique it is; you’re unlikely to find many other games like it, and for that reason, it deserves your attention.

We published a detailed review of the PC version back in October 2016, where the game scored a pretty impressive 8/10. Of the game, our reviewer says:

“Blending action platforming with RPG elements and an impressive degree of world building, Wuppo provides players with a rather unique experience. Particularly striking for me is the way that Wuppo providers players (like myself) who might not typically go for platformers with an atmosphere that rewards exploration and experimentation rather than strict technical prowess.”

It’s this cross-genre gameplay that really sets Wuppo apart from the crowd. The game design is synonymous with a typical platformer; traversing the world requires a lot of skilful jumping and dodging of obstacles. But set in a world that’s more akin to a typical adventure, with puzzles to solve and NPCs to talk to, Wuppo has a depth that’s rarely seen in games of its ilk.

It’s incredibly funny, too. A lot of thought and detail has gone into creating the world and its characters. While initially the art style looks like something thrown together in Microsoft Paint, it actually works really well and adds a certain charm all of its own. The characters – mainly blob-like creatures of varying sizes and colours – have way more personality than their appearance would ever let on, and the dialogue has been masterfully written. From the hot-headed receptionist who loves to shout at you, to the lion-like creatures who speak in broken sentences, much thought has gone into injecting Wuppo with bags of personality.

While it’s the adventuring aspect of Wuppo that I love the most, it doesn’t forget its platforming roots – and nothing makes that more obvious than the wealth of boss fights that litter the game. Some are optional and have to be found, but many you’ll fight as the game progresses. I’m not going to lie, some are downright fiendish, but they’re all well-designed and fun to fight – once you’ve nailed down their attack patterns, that is. Considering this is a game created by just two people, it’s an incredible feat. It deserves your attention, especially if you’re a fan of 2D platform games. This is a true indie game at its finest. I think our original review summed Wuppo up quite nicely:

“Wuppo is a fun game with a lot of heart, made all the more enjoyable by the clearly evident fact that it has been meticulously and lovingly created. Wuppo is a game with character; it knows exactly what it wants to be and what it wants to do, and it accomplishes those tasks elegantly and creatively. I can’t ask much more of a game. It’s one of those special games that not only manages to look interesting on its Steam page, but actually delivers on the interest it sparks.”

Read our original review for a more in-depth critique of Wuppo. It’s available now on Xbox One and PS4. Go on, give it a go.