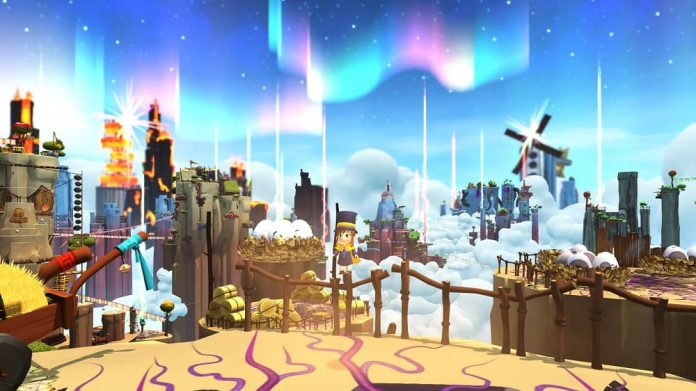 Super Mario Odyssey isn’t the only hat-themed 3D platformer worth taking note of.

I haven’t yet played it myself, but Gears for Breakfast and Humble Bundle’s A Hat in Time, which released on PC earlier this autumn, is meant to be absolutely delightful. Its 3,000 Steam reviews give it an overwhelmingly positive rating — that’s not something to shake a stick at.

For the non-PC gamers among us, I bring good news: A Hat in Time is making its way to consoles next week. The PS4 version lands on 5th December in the US, while the European PS4 version and worldwide Xbox One release land on 6th December.

Following the adventures of a little girl and her oversized top hat, you’ll travel through a variety of colourful worlds looking for ‘Time Pieces’, the fuel that she needs in order to continue travelling through time. There’s a wealth of kooky characters, new hats to stitch (see Mario, this girl can even make her own hats), and mysteries to solve.

Not convinced? Check out the accolades trailer below:

Grab the game on Xbox One or PS4 next Tuesday or Wednesday. It’s been a great year for 3D platformers, and A Hat in Time seems to be no exception.