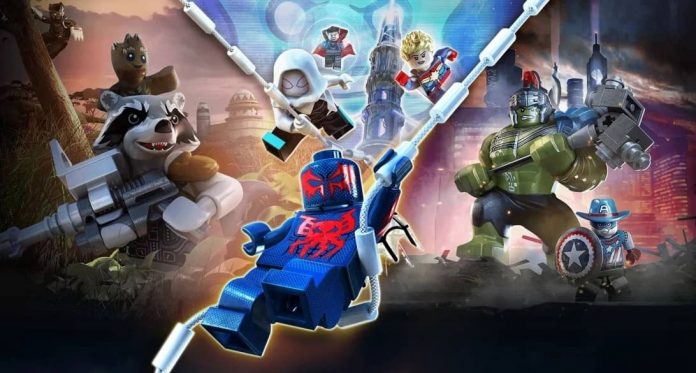 With Marvel movies being all the rage these days it comes as little surprise that we’re seeing Marvel games launch every so often in some capacity.

While we’re still expecting more information about Insomniac’s Spider-Man game set to launch some time into 2018, we can take a look at an earlier prospect. Lego Marvel Super Heroes 2 is coming out pretty soon, so it’s a good time to see what’s waiting for us once it arrives to our hard drives.

A city out of time

Since a lot of LMSH2 story deals with time-manipulation shenanigans (as expected when Kang the Conqueror is the villain), it is fitting that the hub world, Chronopolis, is going to be a collage of various timelines and locations. Throughout the course of the game we will visit at least 18 (according to reports, the number may change) locations, including such iconic places like Knowhere (of Guardians of the Galaxy fame) or K’un-Lun (‘I am the Immortal Iron Fist’ etc.). On the more arc-related front, there will be a Noir rendition of New York complete with Spider-Man Noir, or a segment drawn from the Hydra Empire.

Chronopolis is going to have an open-world structure, with secrets hidden throughout. Many of them will only be discoverable by certain characters with specific abilities. 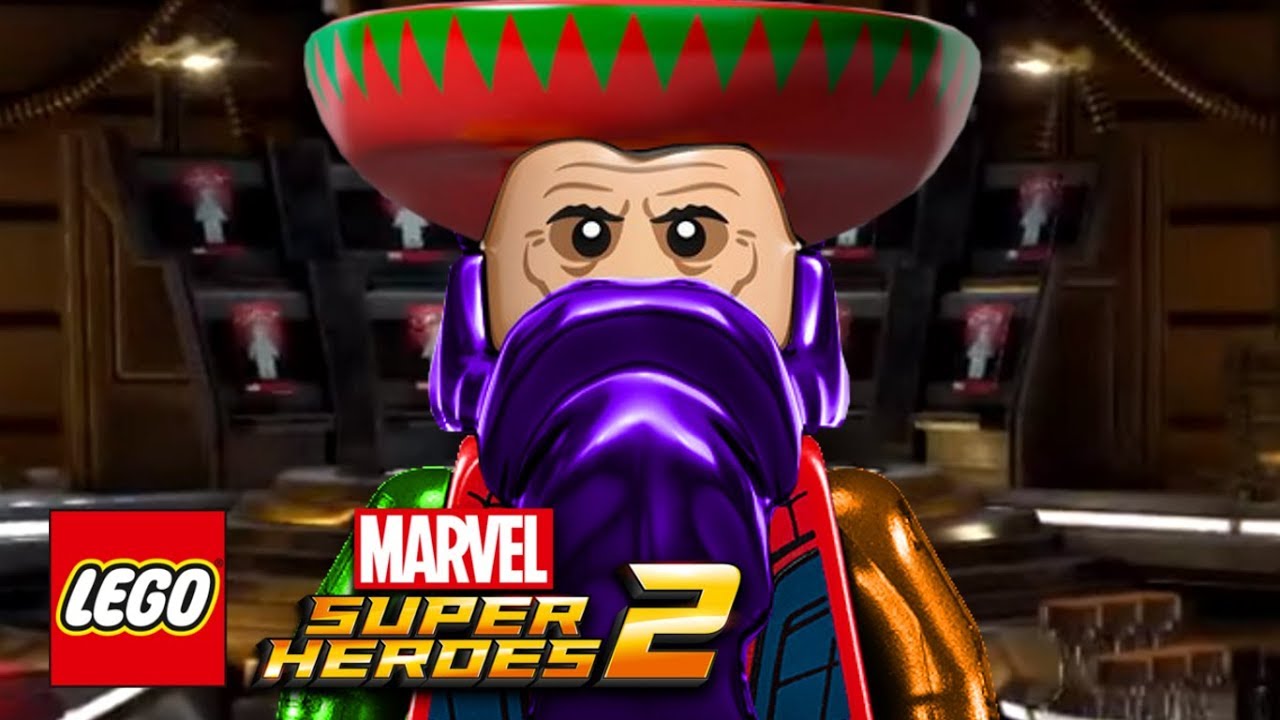 It wouldn’t be a true ensemble story without a suitably huge roster of characters participating in the mayhem and interacting with others. How large is it going to be here?

Well, some speak of even up to 300 characters, although that number very likely includes different costumes without many (if any) changes to gameplay.

Nonetheless there is a number of confirmed arrivals. Heroes (and villains) we will get to play include the Guardians of the Galaxy (movie version, most likely), Ant-Man, Black Panther, Red Hulk, Wild-West version of Tony Stark, even Inhuman pet/teleportation solution Lockjaw (a giant bulldog).

Fittingly, every character is said to possess some of their signature abilities and/or features. So Star Lord of course gets to have some good-natured fun to music played from his Walkman, Spider-Gwen gets an ear-busting drum solo, while Rocket gets to use Groot as a mobile artillery platform. And that’s in addition to possible special interactions in the game world, like Spider-Man’s Spider-sense allowing him to detect hidden objects, which is important if you aim to 100% any given level.

Time isn’t just the theme floating around in densely packed, dynamic backgrounds and governing the story in cutscenes. It’s going to have a very tangible effect on gameplay itself. An often quoted example of how it come into play is in one of the earlier fights, one between the Guardians of the Galaxy and Eson the Searcher, a Celestial. As the fight progresses, the elements of the battle site reportedly change due to fluctuating time, dynamically changing the quite literal playing field. Similarly Groot is supposed to be able to change from his baby form into a grown specimen, and vice versa. It remains unclear whether Spider-Man will be able to do the same on the fly, although given the presence of his Noir and 2099 versions it probably isn’t out of the question. 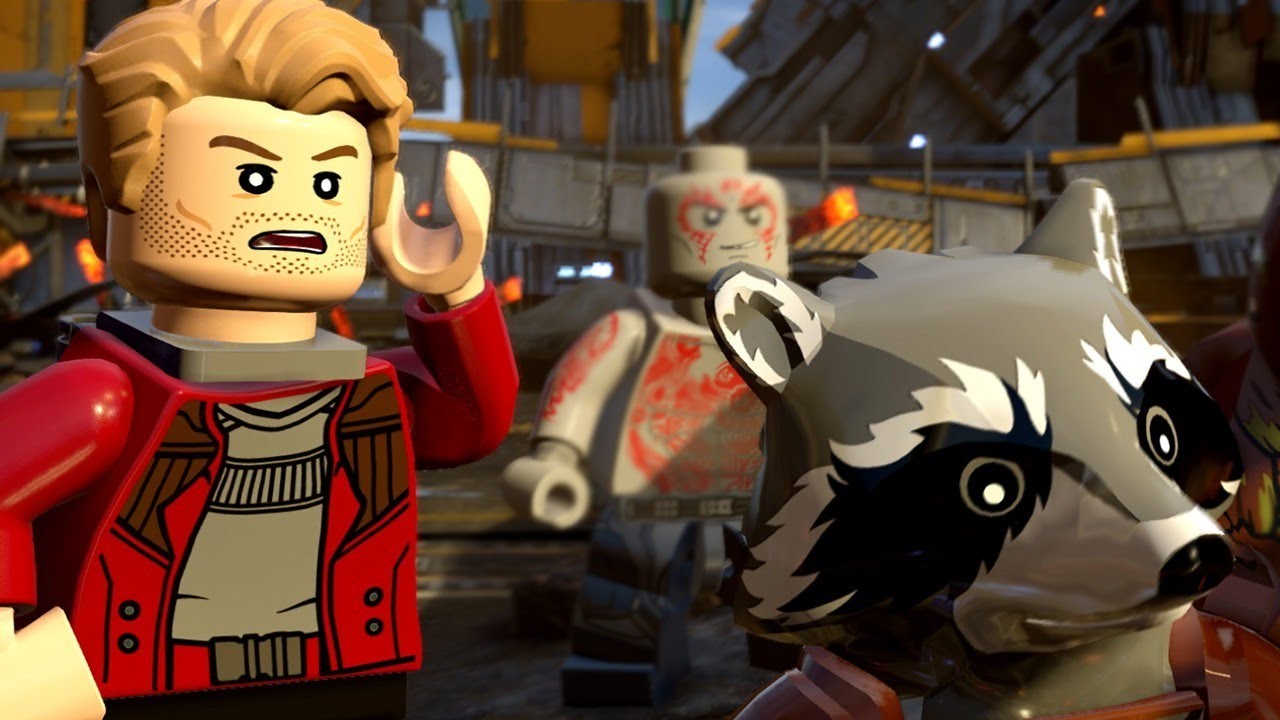 Other than the Marvel theme there don’t appear to be any significant gameplay divergences reported thus far. It’s still going to be mostly about running around carefully crafted levels, smashing everything that looks like it can get smashed, collecting and spending bricks, and switching between characters to access areas unavailable to others.

The familiar gameplay scheme might seem tiring to some, but there is little point in correcting what already seems to be working exactly as desired by the creators. One or another we’re getting another entertaining and family-friendly Lego game, hopefully with a less sea-sickness inducing split-screen, but you can’t have everything.

Lego Marvel Super Heroes 2 is shaping up to be yet another successful game in TT’s portfolio, and a highly entertaining one at that. What is also important is that thanks to taking a step away from last-gen platforms and creating strictly for current-gen the game is going to look better than any other in the franchise.

Lego Marvel Super Heroes 2 launches on November 14 (17th in the UK) this year, but that may or may not be relevant in the timeless space of Chronopolis.

Will we meet on the interdimensional streets of a city beyond time?