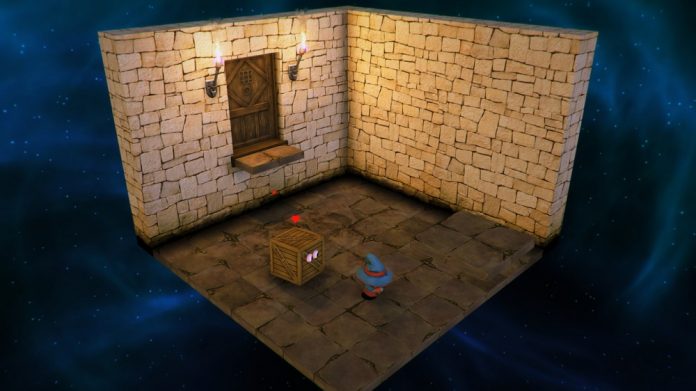 Originally released on PlayStation 4 and PC in May last year, Triple Eh? Ltd’s Lumo was an enjoyable puzzle-platformer with a retro isometric viewpoint. And now, it’s available on Switch.

Like many games that have been ported over to Nintendo’s wonderful hybrid console it’s made the jump rather successfully. Though, playing Lumo in handheld mode just heightens the frustration that often pervades the whole experience. Why? It’s simple: its isometric viewpoint is just a pain in the ass.

Stylistically, Lumo’s old-fashioned camera achieves its desired goal: it really does feel like you’re playing a game from the 80s. You move room-to-room, sometimes solving puzzles, sometimes jumping from platform-to-platform, though often not doing anything but passing through. There’s no voice acting, with only a strange squeal being emitted from your character upon facing certain death, and music is kept low-key. Trapped in what is essentially a dungeon, everything feels very still. Almost dead, in fact. And it makes the adventure feel quite haunting. It’s this mysterious and foreboding aura surrounding Lumo that makes it ever so compelling to play despite its shortcomings. The isometric camera has had me cursing time and time again as I’ve struggled to correctly gauge my jumps between platforms and over chasms, and the game’s lack of direction has often left me scratching my head for no good reason, but yet I always find myself pushing onwards, eager to find out the fate of my Wizard-like avatar.

When played on the big screen, Lumo’s isometric viewpoint is slightly less problematic thanks to everything just being bigger; you can at least see your shadow a bit easier when you jump, giving you a better idea of where you’re going to land. When playing in handheld mode, however, your shadow is barely legible, making the platforming more torturous. It’s a shame, because Lumo’s the perfect type of game to just pick up and play in short bursts. That’s how I’ve been playing it, anyway.

With over 400 rooms to navigate, 32 rubber ducks to collect and a wealth of other secrets to uncover, Lumo may infuriate at times but it’s still worth a try if you want a game on Switch that engages your brain. Even more so if, like me, you’re a gamer in your 30s who remembers the type of isometric games it’s inspired by. 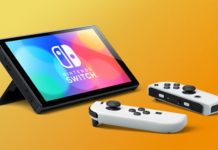