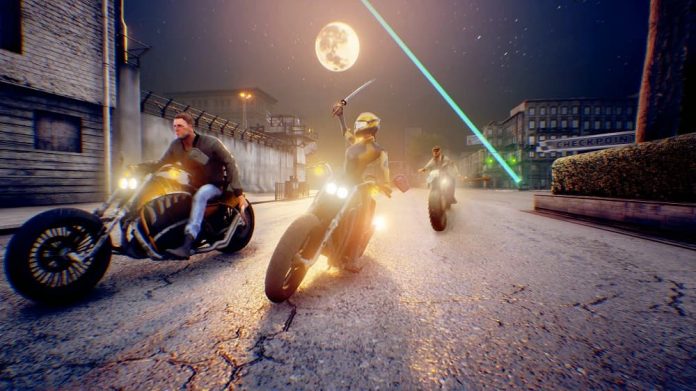 Being a fan of EA’s long forgotten Road Rash series, all it took for me to be interested in giving Road Rage a go was knowing that it was a game all about motorcycles and violence.

I watched the trailer, saw weapons being flailed around while riding at high speed and I was sold. I didn’t expect it to be brilliant, but if it was at least decent I’d be more than happy with it. As it turns out it’s just plain terrible, yet somehow, there’s something about it that has kept me going back for more.

With the typical story of a country gone to ruin being segmented by huge walls to “regain order”, you’re let loose to complete missions, earn money and crack some skulls for reasons that are tenuous at best. You start out with your bog-standard dirt bike, engaging in what boil down to time trials and circuit races no matter how they’re dressed up, and for half an hour or so things don’t seem too bad. But it’s when you get your first taste of violence that things start to turn sour. 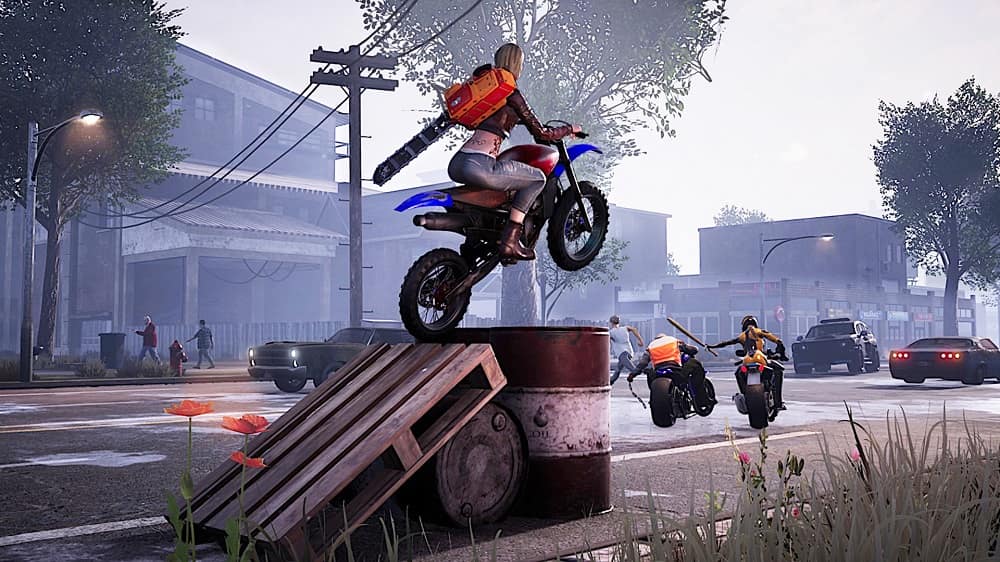 Like the recent (and rather brilliant) Road Redemption, Road Rage allows you to whack other riders with anything you’ve got to hand. Crowbars, shovels, chainsaws, and even a selfie stick can be used to cause a world of pain and take the opposition out of a the race, but combat itself is absolutely awful. You can’t block, and it usually only takes one hit for you or the competition to be taken down. The result is that combat feels more like a game of chance, and more often than not both you and your target somehow end up on the floor. Being able to press a button to home in on your target is a nice touch, but you quickly learn to not even bother being aggressive unless your current mission demands that you do – it’s just not worth the hassle otherwise.

And that’s not the end of Road Rage’s problems, either. Presentation is pretty dire, with visuals that are uninspiring and dreary and a story that’s so incoherent it has to be seen to be believed. Between every mission you’ll receive a phone call, but your objectives rarely seem to tie up with what was discussed. Additionally, both the writing and voice acting that form the backbone of these phone calls are downright abysmal, though sometimes it’s hard to even hear them thanks to atrocious audio balancing. But hey, on the plus side, the rock-heavy soundtrack is rather enjoyable.

Despite Road Rage’s general shoddiness, however, what kept me playing it was a wealth of unlockables and just the fact that it’s fun to race around like a maniac on a motorcycle. Whether you’re completing missions or competing in instant events that can be started anywhere, you earn cash. That cash can then be spent at the Clubhouse, buying weapons, motorcycles or playable characters that have been unlocked. You can even customise and upgrade any bikes you own to some degree. You can get quite far in Road Rage pretty much ignoring its worst feature – combat – and while it’s little consolation, it does mean you can eke some enjoyment out of the game. 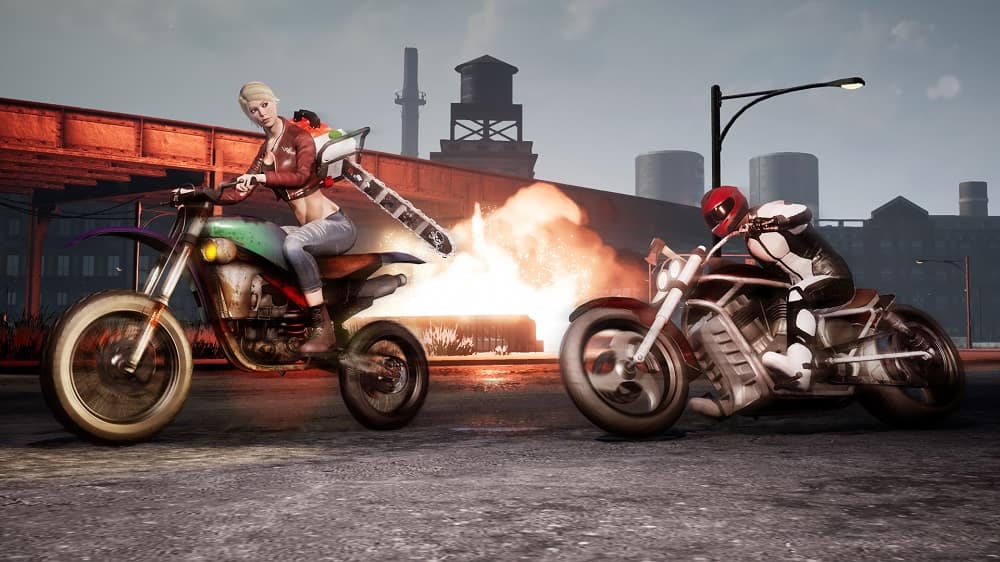 Despite being a niche budget title, multiplayer somehow still makes it way onto the features list. You can host and join both circuit and elimination races, though I can’t comment on how it all works as I’ve never been able to find another player. Split-screen is another option, allowing you to force a local player to race against you. You never know, they might like it.

Road Rage is like one of those terrible low-budget straight-to-video movies that occupies the shelves of your local supermarket: you know it’s rubbish but you can’t quite help but be bemused by it. The dialogue is cringeworthy to the point where it’s actually quite entertaining, and while the vehicular combat is broken there’s still some fun to be had racing around and buying new bikes and upgrades. But, even with its RRP of less than £20, I can’t recommend that you buy Road Rage. At the end of the day, it may be so bad that’s it’s nearly good, but it’s still bad.

Road Rage is available on PlayStation 4, Xbox One and PC. We reviewed the Xbox One version.