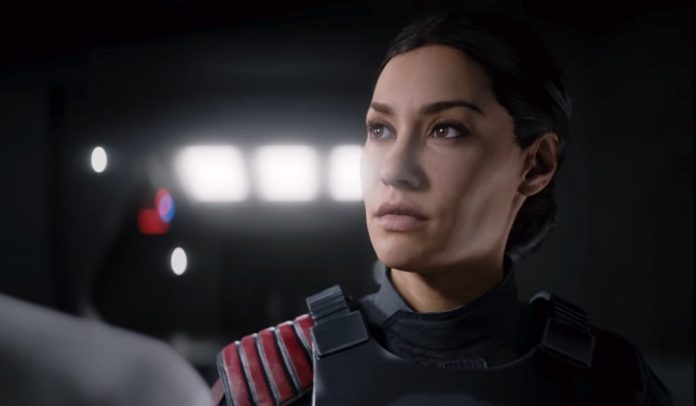 It’s a shame that the majority of coverage for Star Wars Battlefront II has been about its use of loot boxes, because even though they power a flawed progression system, the game is a hell of a lot of fun.

After criticism was levelled at 2015’s Star Wars Battlefront for not having any single player content, EA has made sure that this follow up has at least enough to tide you over when the servers are down or when you want a break from fighting real people.

Star Wars Battlefront II’s single player campaign will take you around five hours to complete on your first playthrough, and while the story isn’t exactly cohesive, it does have fantastic production values and some compelling set pieces. You mainly spend your time in the boots of Iden Versio, commander of the Empire’s Inferno squad who’s hellbent on putting an end to the Rebellion. As you progress, however, you’ll end up in the cockpit of the Millennium Falcon as well as stepping into the shoes of heroes such as Luke Skywalker and Lando Calrissian. It’s perhaps fan service, but it’s entertaining nonetheless, and the varied gameplay between missions makes the hours fly by until the credits roll. Though once they have done so there’s little reason to go back other than to sweep up any collectables you may have missed. 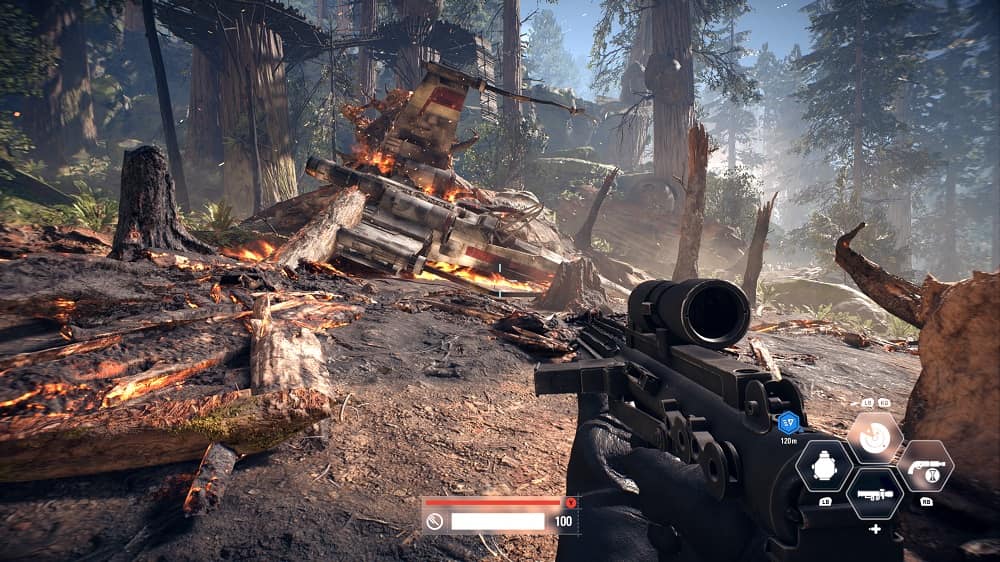 Outside of the campaign, Arcade mode also offers plenty of single player thrills. There are a number of battle scenarios to be played out for both the light and dark side, challenging you to overcome your enemies against the odds. You get to control infantry and heroes as you work your way through them, getting to grips with game mechanics before you take the action online, and with three difficulties per scenario, there’s enough content to last you a few hours at least. Arcade mode is also where you can set up your own custom skirmishes against the CPU or play with another player in splitscreen, though the inability to make use of vehicles and heroes in this mode certainly limits the fun of doing so.

As you’d expect, multiplayer is where Star Wars Battlefront II shines. Galactic Assault is undoubtedly the game’s main attraction, offering large-scale objective-based battles. The action is fast and frenzied, but it’s always an absolute blast, and the new class system allows you to fall into specific roles between spawns to best aid your cause. Earn enough Battlepoints for your deeds and you can bring an AT-ST or an X-Wing into the fight, or better still, you can take control of a hero like Luke Skywalker or Darth Vader. Whether you’re attacking or defending, your skills will be tested, but thanks to great netcode and brilliant map design, you’ll always have a smile on your face. Who knew introducing Yoda’s face to a flamethrower would be so entertaining?

Starfighter Assault is undoubtedly my favourite online mode, however. There’s something about taking part in epic space battles that’s really exhilarating, and Star Wars Battlefront II‘s are pretty much the best. Evading rockets and dogfighting with targets fuels the adrenaline whether you’re in an X-Wing or Tie Fighter, and the controls are absolutely perfect. Unlike Galactic Assault the scenery in every match you play is essentially the same, but the action more than makes up for it. 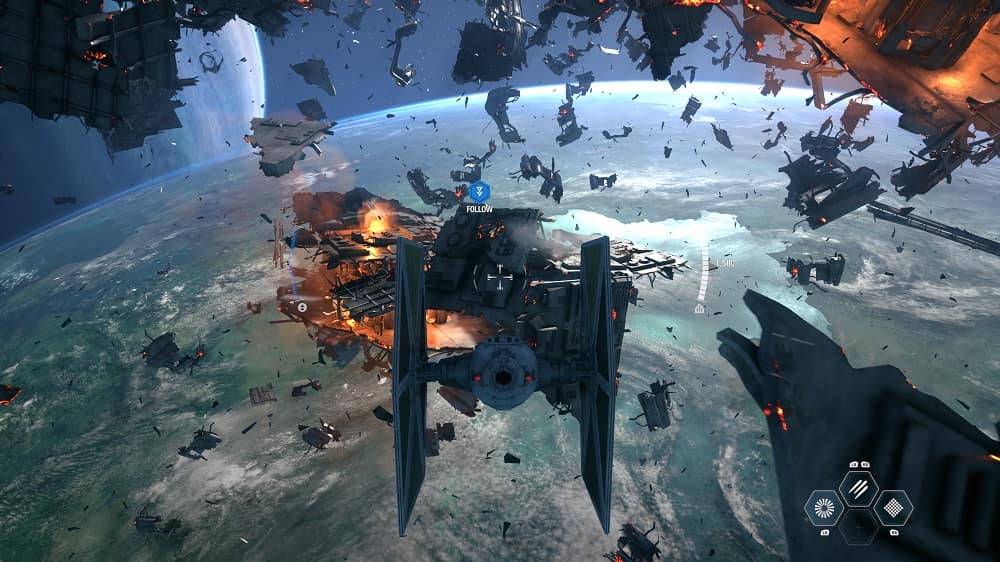 Unfortunately, Star Wars Battlefront II’s other multiplayer modes don’t fare quite as well in comparison. Heroes vs Villains is just a mess to be quite honest, with players just wildly chasing each other around until enough targets have been eliminated to put everyone out of their misery. Melee combat is perhaps the worst aspect of Star Wars Battlefront II’s gameplay, which is a shame considering that lightsabers in all their forms are awesome, but the acrobatics that come along with them just look awkward. Heroes vs villains matches feel unrefined because of it, and add in problems such as getting stuck in scenery, and you have a mode that is the weakest in the package.

That leaves us with both Strike and Blast matches, which being infantry based are already put on the backburner by many. They’re not terrible modes to play but they’re just very generic; Strike is essentially just Galactic Assault on smaller maps without heroes and vehicles, while Blast is just team deathmatch, again without heroes or vehicles. As such, they’re good for when you want a purer, faster-paced game, but they don’t really offer any real hooks. If you’ve bought a Star Wars game, you want to man iconic vehicles and take control of iconic characters, right?

So, Star Wars Battlefront II’s content has its ups and downs, but the real elephant in the room is its progression system. Character skills and abilities are bolstered by equipping Star Cards, which are obtained by opening loot boxes or by crafting. Rather than you simply levelling each class, hero or vehicle up by using them in battle, improving them relies on chance. Once credits you earn in battle have been used to unlock all the available heroes, which’ll take around 20 hours or so, the only thing they’re good for is buying more loot boxes in the hope of getting cards that are useful to you.

If you have enough crafting materials you can simply create the cards you desire but it’s a slow process, and crafting materials can generally only be obtained by opening loot crates. You can get a limited supply by completing in-game challenges, but you’re not going to get anywhere fast. Loot boxes then, whether you buy them with real money or not, are a crucial aspect of Star Wars Battlefront II, and that will be an issue for many. 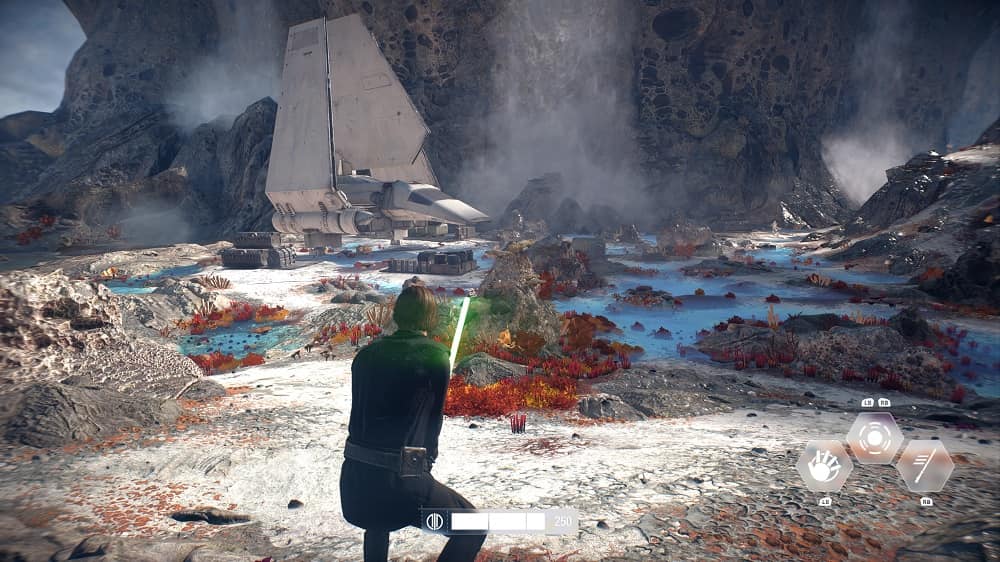 Whether they ruin the balance of the game is an argument I’m not going to get into. It’s not a good progression system by any means, but providing the matchmaking does its job, which it seemingly does, you never feel particularly outmatched by the competition. I generally finished in the top half on the scoreboards in any matches that I played without making any loot box purchases at all, and I’m not the most skilled player out there, nor do I have a great deal of experience with the game. All I know is that I had bloody good time playing it, often without any Star Cards equipped whatsoever.

In a way, I kinda feel bad for Star Wars Battlefront II. There’s a lot to like about it, but many players will never get to enjoy it simply because they’ve jumped on the anti-loot box bandwagon. Graphically it’s stunning, and it’s a treat for the ears too, but more importantly, it’s an absolute joy to play. While there’s not enough single player content to draw players in just for that, combined with its multiplayer offerings it’s a very generous package indeed. And with more free content to come, it’s only going to get better.

Star Wars Battlefront II’s progression system may indeed be piss poor and too loot box centered, but that doesn’t stop it from being a mighty fine way to spend your time. You don’t need to spend any extra real money to have fun or progress, you just simply need to play. And that’s not a problem when you’re addicted to deep space dogfights or all-out conflicts on Naboo.

Star Wars Battlefront II is available on PlayStation 4, Xbox One and PC. We reviewed the Xbox One version. 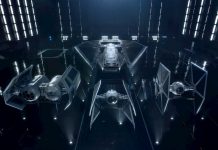