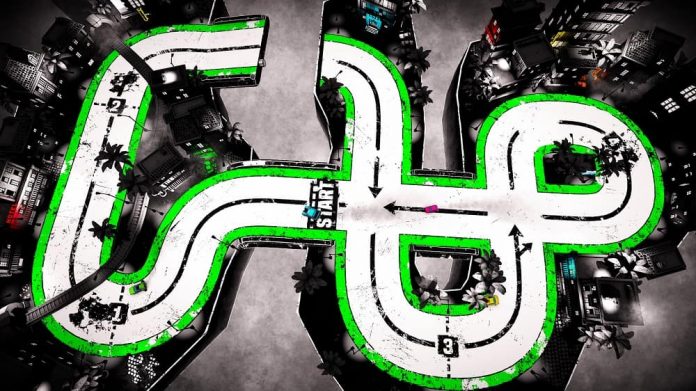 Neon-noir and racing are a combination of words that you wouldn’t expect to see together, but they’re perfect at describing the top-down racer Street Heat that’s now available on Steam.

Think Mantis Burn Racing with shorter tracks, or Micro Machines without weapons, and you’ve got a good idea in your head of what Street Heat is all about. Multiplayer focused, you can race with up to three other players locally or online, with the winner being the first player to reach 20 points across a series of tracks. Points are awarded according to your race position, but also for bagging the fastest lap too, so while it’s tempting to drive like a maniac it pays to master each track and approach them with surgical precision. Although, that’s not particularly easy. 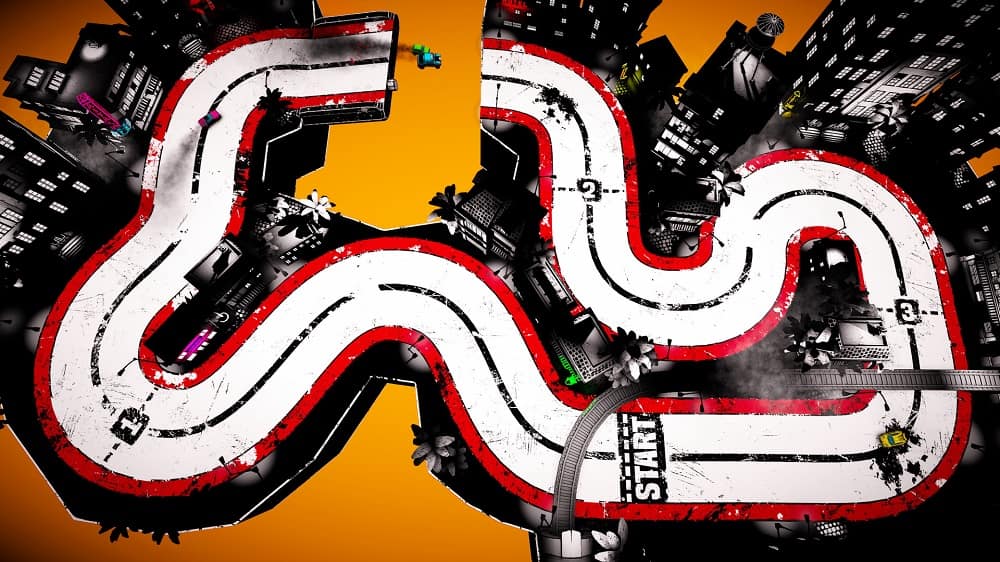 The tracks are compact and the neon coloured vehicles are surprisingly nippy, making Street Heat a game that rewards those with subtle steering and throttle control. Keep hold the accelerator and steer hard into a tight corner and you’ll likely just smash into the scenery, ruining your hopes of a podium finish. Approach tracks in a measured manner while avoiding crashing into opposing vehicles, however, and you’re likely to fare much better. It’s just how it should be really.

While it’s the addictive gameplay that you’ll stay for once you’ve got the hang of how it plays, Street Heat’s audio and visuals will be the things that initially impress. It’s 80s themed synth-heavy soundtrack is simply superb, while its graphics are indeed neon-noir. There’s a wonderful moodiness to them – a tangible sense that you’re racing in dirty cities with dark secrets – but flourishes of neon remind you that you’re here to race, not solve a murder. It’s an unusual combination, but it works.

Available now via Steam Early Access for the very reasonable price of just £5.21, you ought to give Street Heat a go if you think it’s something you might be into. It more than likely won’t disappoint.