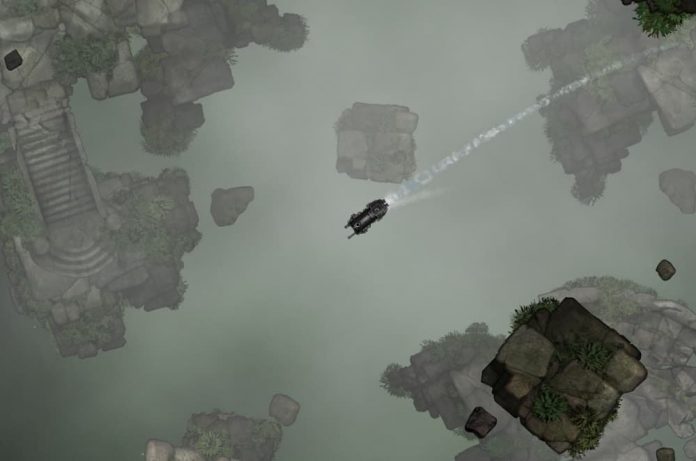 If Sunless Seas gave you nightmares, then Sunless Skies could ensure you never look at the heavens the same way again.

Like Sunless Seas, this bleak top-down role-playing game casts you as the commander of a solitary vessel travelling through a vast, sparsely inhabited void, pausing only to eat your crew because you forgot to bring enough sandwiches. But while Sunless Seas took place in a vast subterranean ocean, Sunless Skies has you cruising through space, crammed into a converted locomotive.  Yes, really. 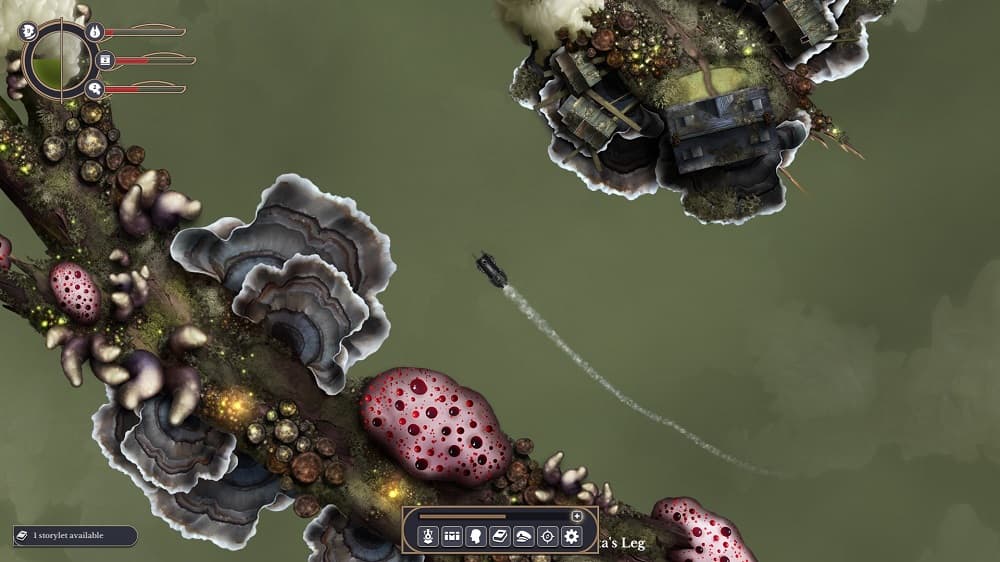 If Sunless Seas channeled the spirit of H.P. Lovecraft, hinting at vast, horrifying, unimaginable entities that lurked beneath the surface, then Sunless Skies emulates the work of Jules Verne, as well as drawing upon Fallen London, the mythical, monstrous world that the previous game took place in. Here your enemy is space itself, rather than the monsters that lurk within it. Just roaming the blackness is an incredibly lonely experience, so much so that appearance of even the smallest planetoid will make your heart leap. Though it will then sink when you realise it’s not one of the game’s inhabited space colonies, and you must push onwards to discover a safe harbour.

The game, currently available on PC, is in Early Access, so there’s not a great deal to do. My crew met their demise on multiple occasions because I was unable to earn enough money to buy food or rocket fuel. Freezing to death or ending up on someone else’s dinner table are both deeply unpleasant ways to expire, though at least Sunless Skies offers an autosave option to soften the blow of your sudden demise. I was able to secure the odd passenger as well, more fool them, conversing with them along the way. Though they didn’t have a lot to say about the detour I took through a naval graveyard. Typical, you’d think they’d appreciate being able to gaze out of the window and see hundreds of shattered hulks all around them. 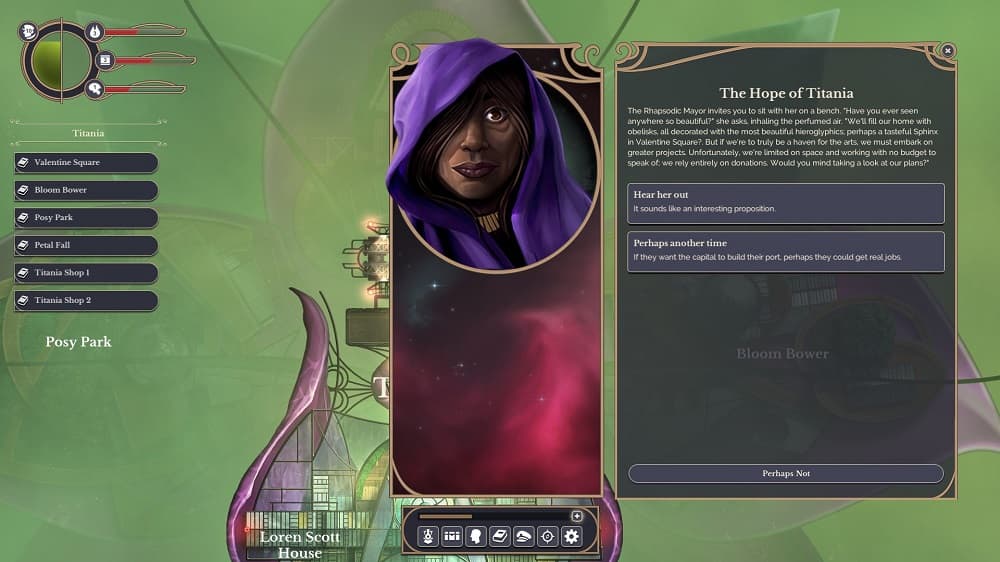 As with Sunless Seas, the game’s story (which varies with each playthrough) is delivered through chunks of scene-setting text. It’s a highly effective approach – your mind conjuring up images of Sunless Skies’ otherworldly locations that could never be matched by any visual image. There are decisions to be made and, while one flub is unlikely to be fatal, the cumulative effect of your incompetence, coupled with a streak of bad luck, can spell your demise. Sunless Skies will also feature ship-to-ship combat, although while I merrily fired my weapons into the ether, I didn’t encounter any enemies who I could deliver a broadside to.

Sunless Skies definitely has potential, and the game’s steampunk aesthetic lends it a great deal of charm, but it still has some way to go if it’s to distinguish itself sufficiently from its ocean-based predecessor. Given that there’s still seven months until the game’s planned release however, it’s something that its developer should be able to accomplish. If the idea of exploring a semi-procedurally generated solar system appeals to you, Sunless Skies is scheduled to leave Early Access in May 2018. Just don’t blame me when a vast cyclopean eye opens in the cosmos and drives you hopelessly and utterly insane.