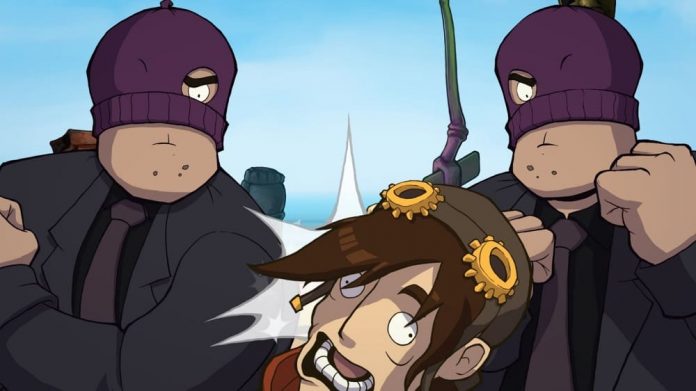 It’s never a good sign when a game’s opening moments make you want to reach through the screen and throttle the protagonist.

Chaos on Deponia kicks off with a tutorial section that immediately sours you on the game. Its hero, Rufus, derides the need for tutorials in an absurdly irritating manner which is presumably meant to elicit empathy, but just makes him seem like an unlikeable idiot. His smug, self absorbed nature and general lack of redeeming qualities undermine what might otherwise be a reasonably pleasant point-and-click adventure.

The second in a series of four games, Chaos on Deponia takes place on the titular planet of Deponia, and originally saw the light of day in 2012. It’s only recently made the jump to PlayStation 4 and Xbox One yet it’s aged surprisingly well, and also manages to bring you up to speed on the previous game’s events. Chaos on Deponia sports beautiful, cartoon-style graphics and a superb soundtrack, both of which underscore the whimsical nature of the game’s world; a planet where disembodied noses are used as security devices and rock, paper scissors can only be played with a set of official tournament fingers. 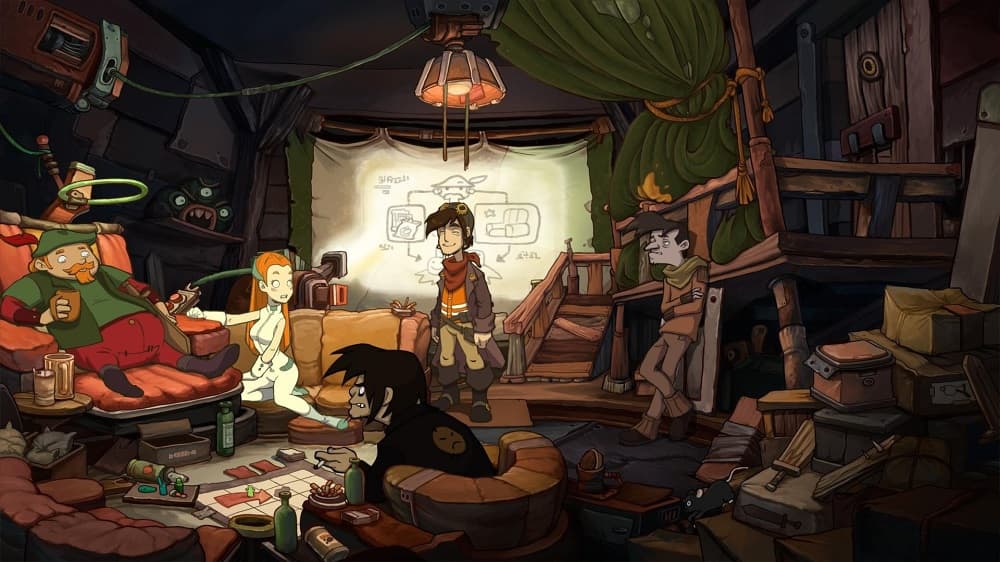 Deponia’s inhabitants are an equally odd bunch, most of whom are infinitely more likeable than Rufus himself. Their appeal is further bolstered by some top-notch voice acting, though their lip-synching is totally off. This may well be because the game was originally published in German and then translated to English. Just roaming around Deponia and conversing with its inhabitants is entertaining in itself. I also found it strangely reassuring to discover that the locals shared my low opinion of Rufus – who, as it turns out, is the only person who can save Deponia from destruction. So that’s bound to end well.

As amusing as Deponia is to behold – the game’s tongue-in-cheek dialogue delivering more hits than misses – the sometimes obscure and illogical nature of Chaos on Deponia’s puzzles do it no favours.  For example, one of the sub-puzzles you have to solve is to acquire the power of invisibility. This requires that you get a toilet key from a character, despite there being no clear indication that the character possesses the item. Using the toilet key gives you a piece of toilet paper, which as it turns out is actually a coupon printed entirely in braille. This, in turn, gives you a magical cucumber, which when juiced and imbibed causes you to hallucinate the solution to your initial problem. As you do.

Not all of the game’s puzzles are this illogical, but the way the game sometimes grants you access to multiple locations at once means that puzzle solving can be a real chore as you resort to trial and error in an effort to progress. This issue is compounded by Rufus’s unpleasantness; every line he utters grates and he oozes arrogance. 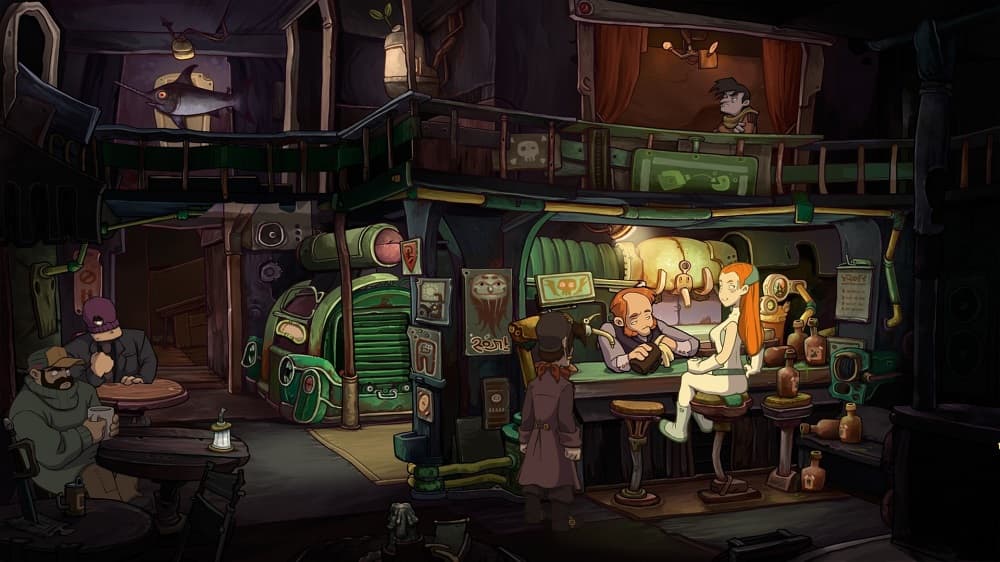 Here’s a prime example of Rufus’ selfishness; his supposed love interest is a girl called “Goal”, who, due to his incompetence, has to undergo cybernetic brain surgery. But the surgery goes horribly wrong when Rufus buys discount memory cartridges, merely because they come with a lollipop, knowing full well that it would have negative and potentially fatal consequences. The Secret of Monkey Island‘s Guybrush Threepwood may have been incompetent but he was well meaning, a characteristic that ultimately shone through. Rufus, on the other hand, is just awful, and while the game tries to treat this as a joke it’s infuriating rather than funny.

When Chaos on Deponia works, it’s a genuine joy. There are times when you’ll be patting yourself on the back for solving one of the game’s less nonsensical puzzles, and sometimes the game’s humour is so spot-on that it’ll have you laughing out loud. But at other times it can be a real slog as you struggle with the game’s obtuse logic and Rufus’s immensely abrasive manner.

If you’ve got the patience, Chaos on Deponia’s charming world is worth a visit, it’s just a shame about the company.