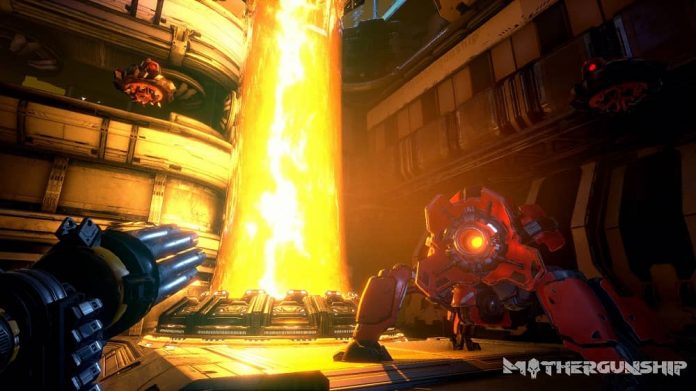 Recently, I got the chance to play Mothergunship at PSX 2017 and what I saw was a promising glimpse at something that’s primed to turn some heads.

The brainchild of Tower of Guns creator Joe Mirabello and his team, Mothergunship is a fast-paced, challenging, and altogether unique take on the bullet-hell genre. Combining elements of crafting, platforming, exploration and gunplay, it excels at giving the player plenty to think about at every given moment.

The gameplay is tight and fluid, where every action you take needs to be calculated and your eyes need to be wandering at all times. In the build I played there were very few technical hiccups or frame drops, even when the screen was covered in gigantic bullets. Whether I was fighting a boss or simply clearing a room, I never had a chance to relax unless I was in the shop. Mirabello was kind enough to guide me through my random run, and showed me just what Mothergunship can do.

I noticed early on in my first run the inspirations drawn from Tower of Guns present within Mothergunship. But the more you play, the more you realise how much this game sets itself apart. The scale of the game is impressive, and the smoothness of the combat is simply wonderful. It does what any good bullet-hell should do: it makes you tense up. I specifically remember Joe telling me “good luck” right after I fired up my random run. Initially, I thought it was just playful banter, but I soon realised it was a sincere warning.

I was floored by the sheer size of the rooms in the random run, as well as the wall-to-wall layer of enemies. That doesn’t take anything away from the preset demo run, however, as that equally challenged my skill as a player. Rest assured, the campaign levels will all be randomised and your experiences will always be unique.

The crowning jewel of Mothergunship is the crafting. The vast amount of creative freedom the developers give you is unrivalled in the bullet-hell FPS genre. You’ll pick up and/or purchase gun parts like barrels, connectors, modifiers and launchers. Then, you’ll inspect your weapon and pick the location you wish to add a part and see if what you have works. If not, you can rotate it in the hope that you’ll find the right fit. It’s admittedly a bit daunting at first, but after giving it some time you find the groove and create some insane weapons. You can even remove preexisting pieces and rearrange or replace them. Want a machine gun with an underbarrel mounted ricocheting rocket launcher? Sure, go ahead. Build your fantasy weapon, and unleash it. I absolutely cannot wait to see how the finished product looks in terms of crafting. 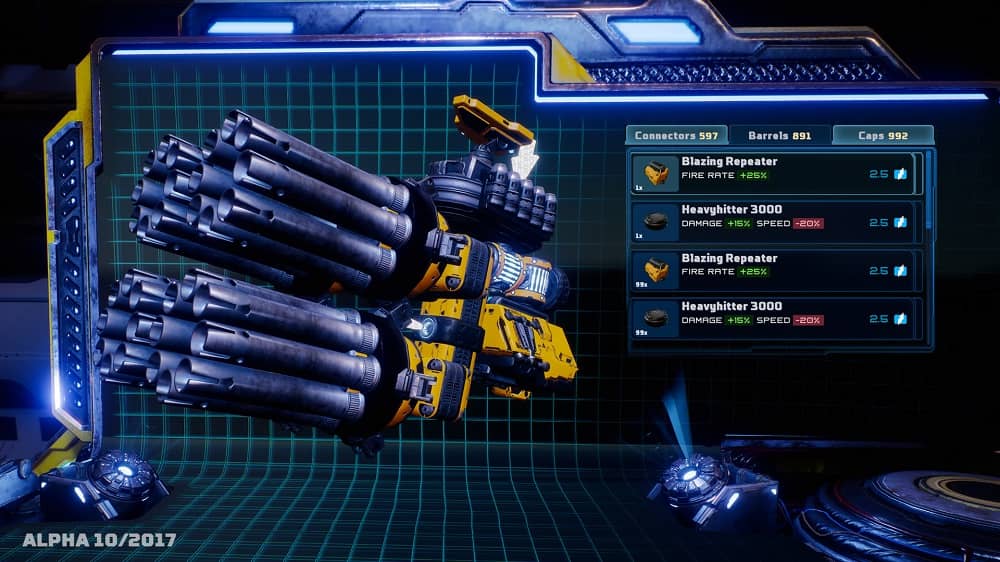 Your ammo drains and recharges, giving you infinite ammo, with a crutch. Your health can be expanded and refilled with pickups. Mothergunship also gives you a healthy amount of jumps. From the start, you can triple jump, but even that can be improved. The weapons, no matter how you craft them, all sound great. Every new barrel or launcher you add alters the symphony of destruction that erupts from your fingertips. There is an impressive amount of attention to detail here that you might miss if you don’t look and listen. Whether it’s a new enemy, a new weapon, or a random room modifier, every minute is a new experience. Hats off to the team for creating a game that truly feels different to its genre brethren.

Outside of that, you’ll have a homebase where you can use points to unlock skills and dictate where you wish to go next. There’s a plethora of side missions and campaign missions, delivered within a narrative that is wacky and lighthearted — but that will feel a bit serious if you’re not paying attention according to Joe Mirabello. He also let me know that he has his fingers crossed for an “Endless Mode” sometime down the road, and my fingers are crossed too. But whatever comes in the final package is going to be something worth your time. Mothergunship is a testament to good game design. It doesn’t flaunt. It doesn’t brag. It takes the tools around it, pushes them beyond, and perfects them. 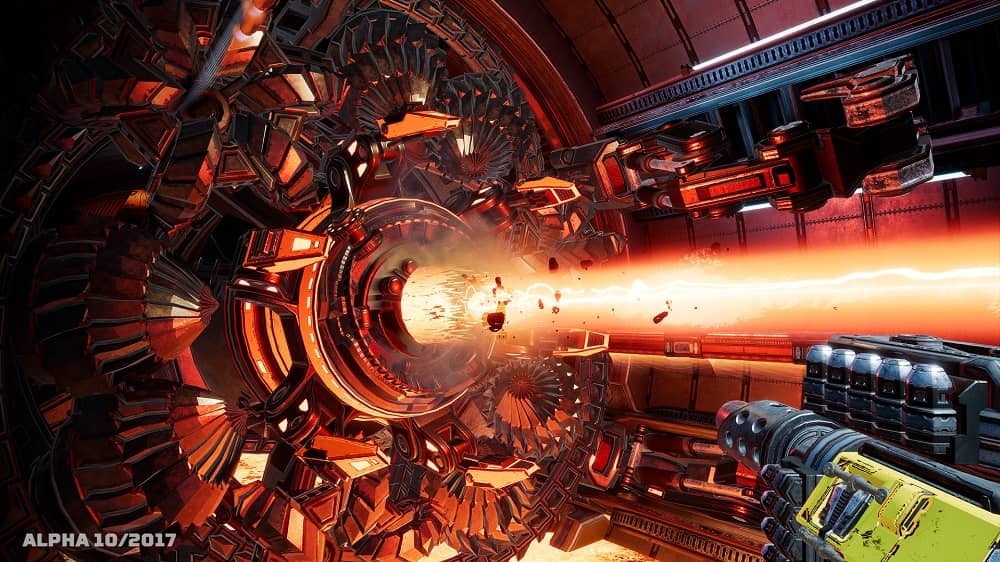 Mothergunship is definitely a game you grow with as you play it; discovering new movement mechanics, developing new weapons, and finding your pace. Pencil this one into your anticipated list, because it’s ready to make its mark. If you’re itching for a new game to sink yourself into, a fan of the genre, or just simply a fan of fun games, look no further. Come next year, I’ll be making my trek to the Mothergunship, and I imagine a lot of other people will do the same. Don’t let this one go under your radar.