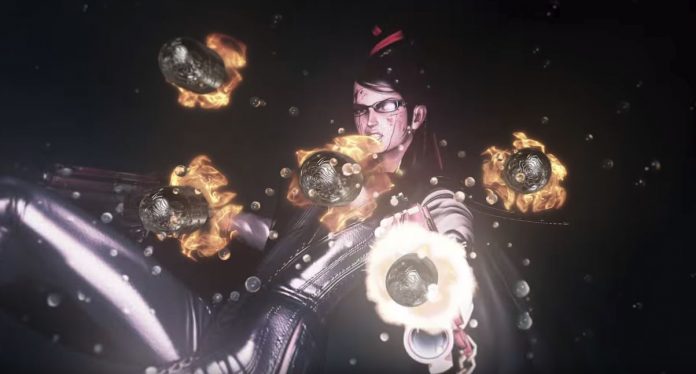 More than just giving folks awards for their games, The Game Awards has become something of a showcase for announcements and trailers of upcoming games.

Taking place last night in California, the whole event was livestreamed, but if you’re at the wrong side of the Atlantic – like us – you probably didn’t fancy staying up until about 5 in the morning to see how it all played out. A shame, because as it turns out, loads of new announcements were made.

Lucky for you, we’ve got a round-up of everything right here.

Remember the movie World War Z starring Brad Pitt and a bunch of zombies? Well, it’s getting a game. Yay, more zombie games. The trailer actually looks decent though, and you can check it out here.

Fortnite: Battle Royale is getting a 50v50 mode, which you can see in action here.

We got a teaser from From Software. There was no game name tied to it, just a strapline “Shadows Die Twice”. We’re betting on a Bloodborne 2, but don’t quote us on that.

A new trailer for Metro Exodus was shown off, and it looks pretty tasty. Here it is.

The next expansion of The Legend of Zelda: Breath of the Wild, which won Game of the Year (unsurprisingly) was stealth-released and is now available on the Nintendo eShop. It’s called ‘The Champions’ Ballad’ and you’re rewarded with a damn motorcycle for completing the campaign. Check out the trailer here.

Remember Dreams, being developed for PS4 by Media Molecule? We finally got to see another trailer. It looks lovely, as expected.

Bayonetta 1 and 2 are getting released on Nintendo Switch on 16th February. Hooray! That’s exciting, but not as exciting as the fact that Bayonetta 3 is in development, exclusive to Switch.

A Way Out, which was announced at E3 earlier this year, got another airing with a trailer. The highlight, though, was surely the game’s director, Josef Fares, having a sweary rant about the Oscars.

The Astronauts, who made The Vanishing of Ethan Carter and whose team members previously made Bulletstorm, revealed their next game: Witchfire, a freaky but cool-looking shooter. Here’s a trailer.

Death Stranding, a game that needs no introduction, got a new, long video. I won’t say “trailer” because we still have no idea what gameplay itself looks like. But.. yeah. Here’s Kojima doing what Kojima does best, I guess.

The new desert map in PlayerUnknown Battlegrounds got taken for a spin. It’s now live on the test servers, before its full release on PC on 20th December.

The swordy beat’em up Soul Calibur is getting a new entry into the franchise. Soul Calibur VI is set to release in 2018. Here’s a rather action-packed trailer.

A game called Accounting+ was revealed for PSVR. It’s quite sweary and… weird. And doesn’t have much accounting in it. Watch the headfuck of a trailer here.

Campo Santo, the team who brought us Firewatch, has announced its next game: In the Valley of Gods. It’s not due out until 2019, but it’s a game about exploring tombs in Egypt. I’m sold.

The team who made VR hit Job Simulator has announced Vacation Simulator, which will likely be more of the same wacky VR action… but this time, you’re on holiday. It’s slated for a 2018 release.

We got a new trailer for GTFO, a co-op shooter from the team that made Payday.