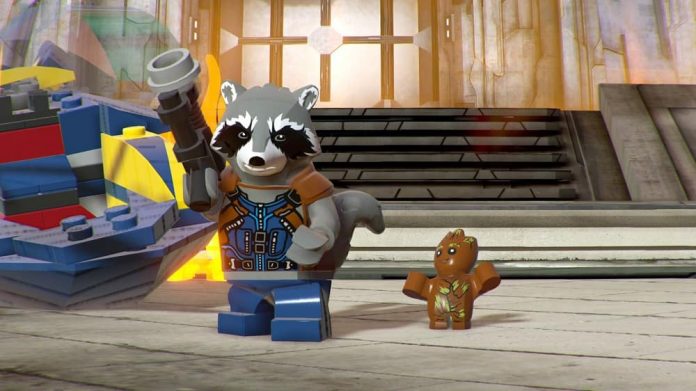 Now, I’m not a massive Marvel fan, but when LEGO Marvel Super Heroes launched in late 2013 it had me hooked.

It wasn’t its story that drew me in though, no. It was its large open world; a LEGO recreation of New York that was absolutely teeming with things to do. And some 4 years later nothing’s changed, with the game’s sequel, LEGO Marvel Super Heroes 2, being more of the same.

Initially, the feeling of deja vu was what worried me the most about LEGO Marvel Super Heroes 2. Playing through the first couple of story of missions it felt like I was just retreading old ground. I hammered the attack button, destroying pretty much anything in the environment that I could, while haphazardly also dispatching the bad guys. And I changed characters when required to solve simple puzzles or interact with specific items. It was the usual LEGO game affair. 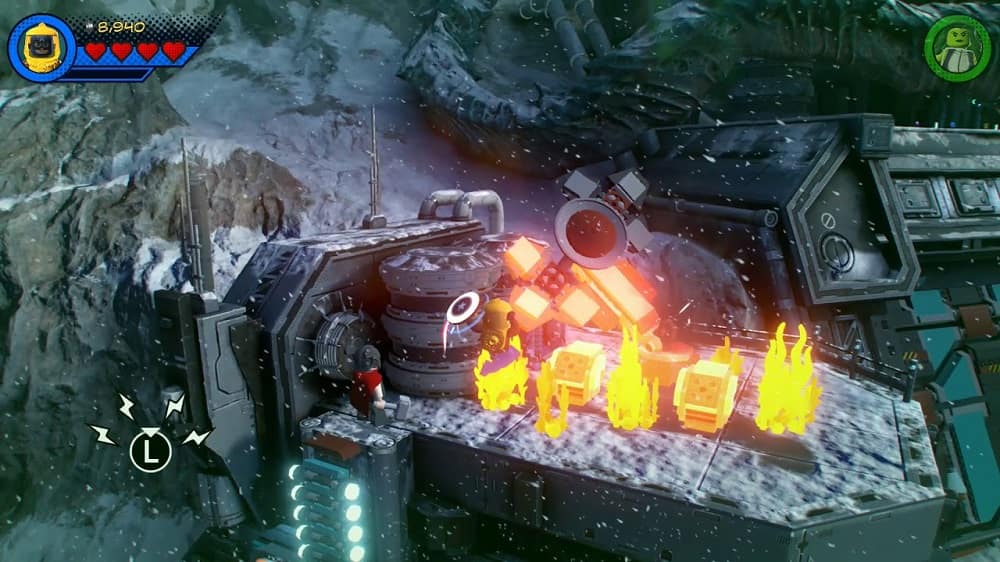 Things got a bit better when the game opened up a little – letting me loose in small, self-contained hub worlds – though still, it all felt a bit samey. By the time I’d completed a handful of story missions, however, LEGO Marvel Super Heroes 2 presented me with its full open-world map in all its splendour, and the game’s fun factor shot through the roof. For a while, anyhow.

You see, playing the game on Xbox One X (though it’s unfortunately not enhanced), after reaching the game’s open world I’ve frequently experienced infuriating glitches and outright crashes. I’ve had to repeat one particular boss fight no less than four times, random quests have sometimes just gone weird on me, and at least a handful of times the game has just frozen before dumping me back on the Xbox One dashboard. 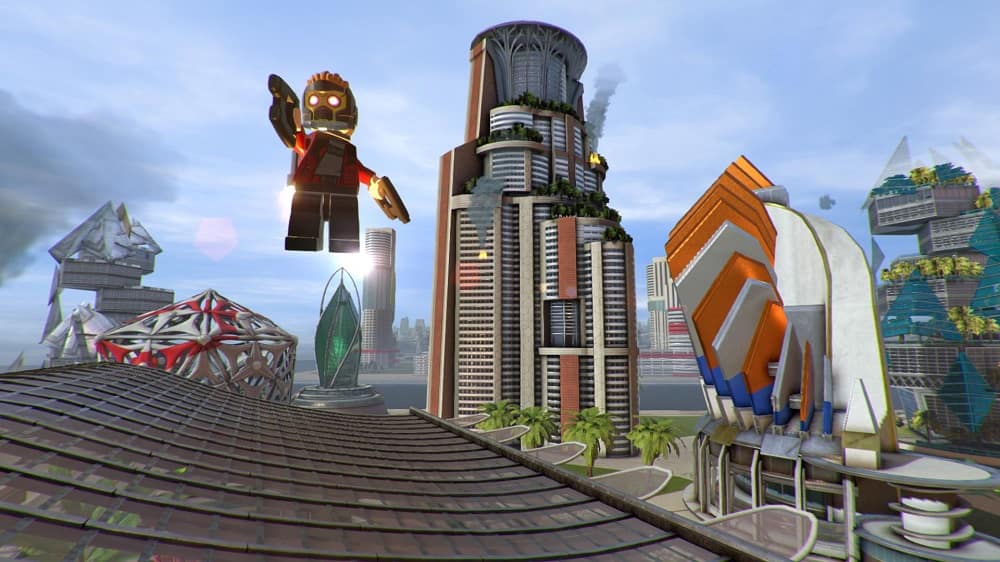 I found myself really wanting to play LEGO Marvel Super Heroes 2, but often apprehensive to do so because of these issues. There’s only so many times you can lose any amount of progress before starting to feel that the game is wasting your time and energy. And it’s a shame, because when the game is working as it should, it offers some of the best LEGO action out there.

While LEGO Marvel Super Heroes’ open world map managed to enthral despite just being a bog-standard city, in this sequel worlds have collided to allow for one of the most diverse playgrounds ever committed to videogame form. You have downtown Manhattan, Egypt, Hala, Medieval England, the Wild West and more all just sitting nest to each other, waiting to be explored. Each with a magnitude of challenges and missions to be completed. The world is colourful, quirky and alive, and it pulls LEGO Marvel Super Heroes 2 up from being simply mediocre to rather bloody good. Well, when it’s not breaking, anyway.

Making your way through all of LEGO Marvel Super Heroes 2′s 20 story missions will be a bit of a slog, but it’ll feel worth it when you consider the fun you can have in the game’s open world once it’s all over. Puzzles, combat, racing, adventure – it’s got it all – and you can tackle things at your own pace, with even with a friend by your side if you want. Some of the game’s mechanics aren’t the most robust, sure, but they don’t stop it from simply being fun. And while it may be a bit more difficult than your standard LEGO game – what with some enemies wearing armour or being able to defend and whatnot – it’s still great for players of all ages. 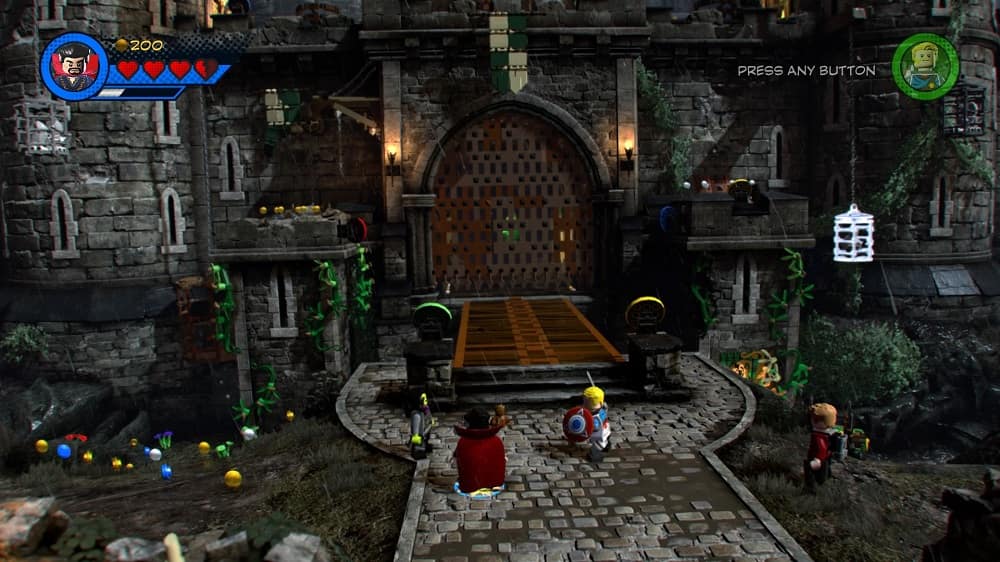 Another aspect of LEGO Marvel Super Heroes 2 that is rather brilliant is its cast of characters. Including the multiple variations of heroes such as Iron Man, Captain America and Spider-Man, there are over 200 for you to unlock, though having so many comes as a double-edged sword. Selecting which hero you want to switch into your team when in free play or exploring the open world is made rather troublesome by the tiny portraits that each of them have. I had trouble locating characters sat only about 6 foot away from a 43″ screen, so those playing on screens any smaller may find it particularly bothersome.

All in all then, LEGO Marvel Super Heroes 2 is perhaps both the best and worst LEGO game available on Xbox One. The formula is getting a bit old now, and I really hope that TT Games is planning to change things up a little for future LEGO releases, but what really brings LEGO Marvel Super Heroes 2 down are its technical problems. While its story missions are fairly passable, LEGO Marvel Super Heroes 2′s open world is magnificent, and I see myself still getting lost in it for hours at time until every last mission and challenge has been completed. Providing that I don’t lose the will to live beforehand due it glitching and crashing, of course.

LEGO Marvel Super Heroes 2 is available on PlayStation 4, Xbox One, Nintendo Switch and PC. We reviewed the Xbox One version.