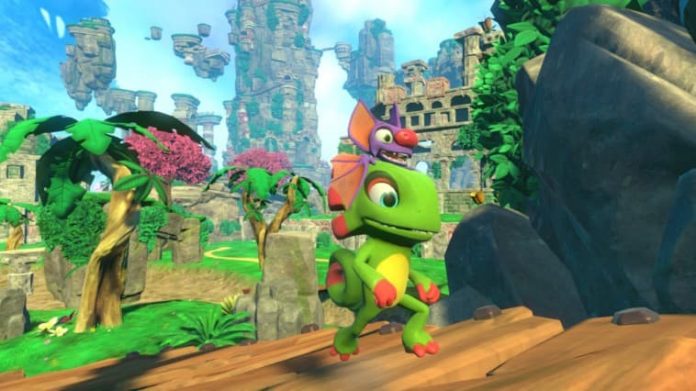 When I reviewed the Xbox One version of Yooka-Laylee back in April I was rather disappointed by it.

I wanted to like it, I really did, but there were just too many issues standing in the way of me actually having fun. There were camera issues, a poor framerate and non-existent sign-posting to contend with. And there were also bugs; quite a lot of troublesome bugs. I imagine if I put the Xbox One version back on now a lot of the issues I experienced will have been eradicated, but I’ve already had my time with it. With news of the Nintendo Switch version being available, however, I was keen to see how that version stacked up. 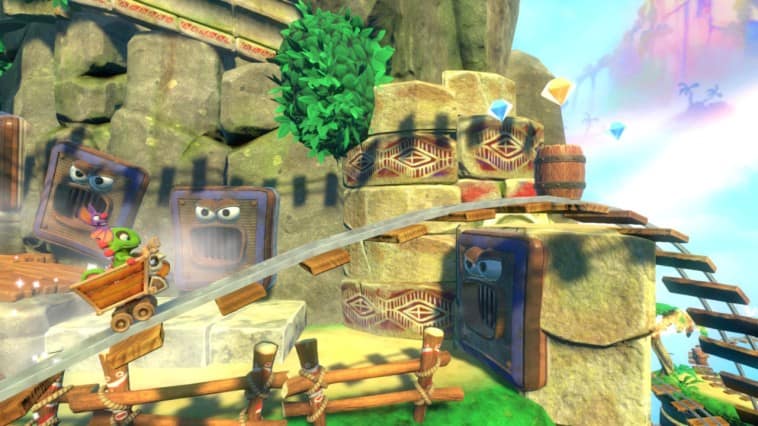 My first impressions of Yooka-Laylee on the Switch were very positive indeed. The Switch may not have the grunt to output visuals quite as detailed as the PlayStation 4 or Xbox One, but without putting them side-by-side it was hard to tell if there had been a significant visual downgrade. The characters were just as wonderfully animated, the worlds equally full of colour, and effects like shadows were still as impressive as I remembered them to be. It was only as I made my way through Yooka-Laylee‘s worlds, however, that it became apparent just how good the Switch port is.

Despite the impressive visuals, the framerate remains steady in nearly all instances. Additionally, the camera has been tweaked, no longer getting itself in a tizzy in enclosed spaces, and when in the hub, signs have been added to point you in the right direction of where you need to go next. Oh, and the bugs? Well, they seem to be gone too. Much to my delight, Playtonic Games has listened to criticism of the game and acted upon it, making it better for all. And on top of that, it has made sure that the Switch version isn’t compromised in any way. This is the full Yooka-Laylee experience, which you can now either play on the big screen or on the move. 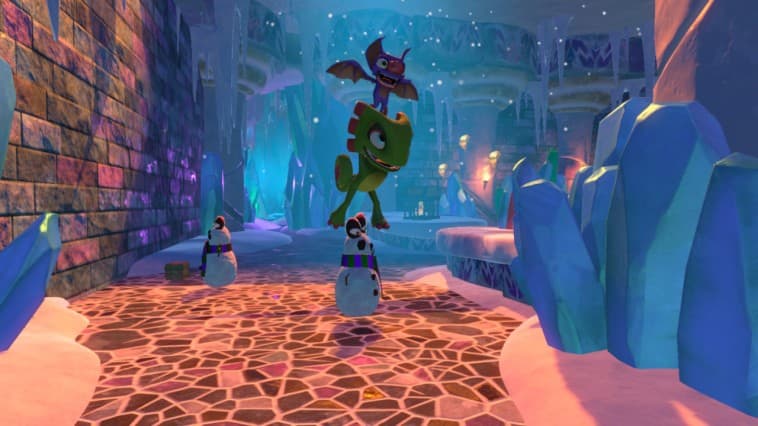 There are still some design issues that rear their head from time to time to annoy, such as the mine cart minigame which simply just isn’t fun and generic enemies that quickly get tiresome to defeat, but on the whole, Yooka-Laylee feels like a much better game now. With months of spit and polish, those pesky problems that plagued it at launched have all but been eradicated, leaving behind the game that finally fulfils on its promise: to bring back classic 90’s 3D platforming action.

To me, it speaks volumes that despite pretty much completing Yooka-Laylee on Xbox One, I’ve felt compelled to play the game on Switch whenever I’ve had a spare moment. It’s had me running around each world, exploring every last nook and cranny for any Pagies that I’ve missed, and very rarely has it frustrated me like the Xbox One version did. To put it simply, the Switch version of Yooka-Laylee is brilliant, and if you’ve got room in your life for another 3D platformer alongside Super Mario Odyssey, it’s well worth splashing the cash.