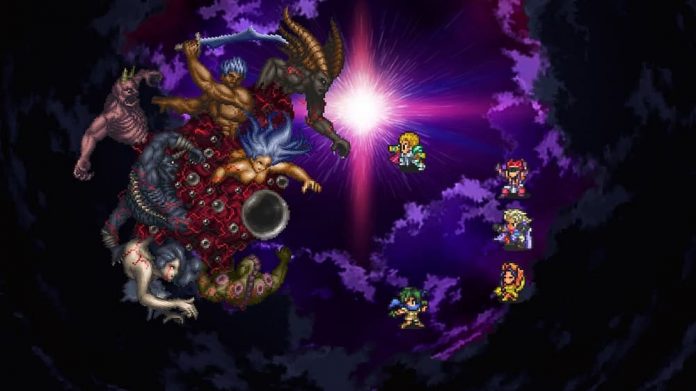 Originally released in 1993 in Japan, Romancing SaGa 2 is set to arrive on more formats than you can shake a stick at just before Christmas.

Allowing you to sit upon the throne of the Vareness Empire, Romancing SaGa 2 challenges you to battle against the Seven Heroes across multiple generations. How events play out is largely up to your choices, meaning that your experience is likely to be rather different than someone else’s.

Romancing SaGa 2 will release on PlayStation 4, PlayStation Vita, Xbox One, Nintendo Switch and PC on the 15th December, and will boast a number of new features. New character classes add more depth and variety to the gameplay, while new dungeons give you a further insight into the Seven Heroes, and New Game + allows you to carry over your attributes and more into a new game.

Watch the trailer below to see the game in action.