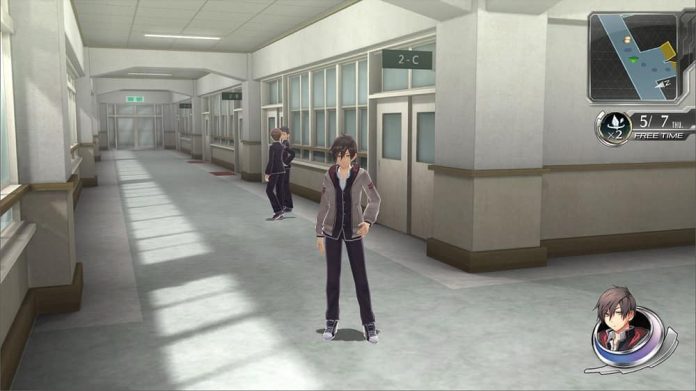 I’ve always found it odd that Falcom, the company behind many beloved yet under-appreciated series’ like Ys and The Legend of Heroes, has never found much success here in the West.

As important as Enix and Square were in creating the identity of the Japanese RPG, Falcom has had a long history of making great games. Thanks to localisation teams like Aksys, however, we’re finally getting more from the historically Japanese-centric company. Of course, as any Falcom fan may already be aware, that can be both a blessing and a curse depending on who handles the localisation.

For Tokyo Xanadu, Aksys proved themselves up to the task when the game first released in the West on the PS Vita earlier this year. Of course, while we waited two years to get the original version of the game, Japanese players were already months into the game’s re-release, Tokyo Xanadu eX+. Luckily, we didn’t have to wait much longer to get the updated version. 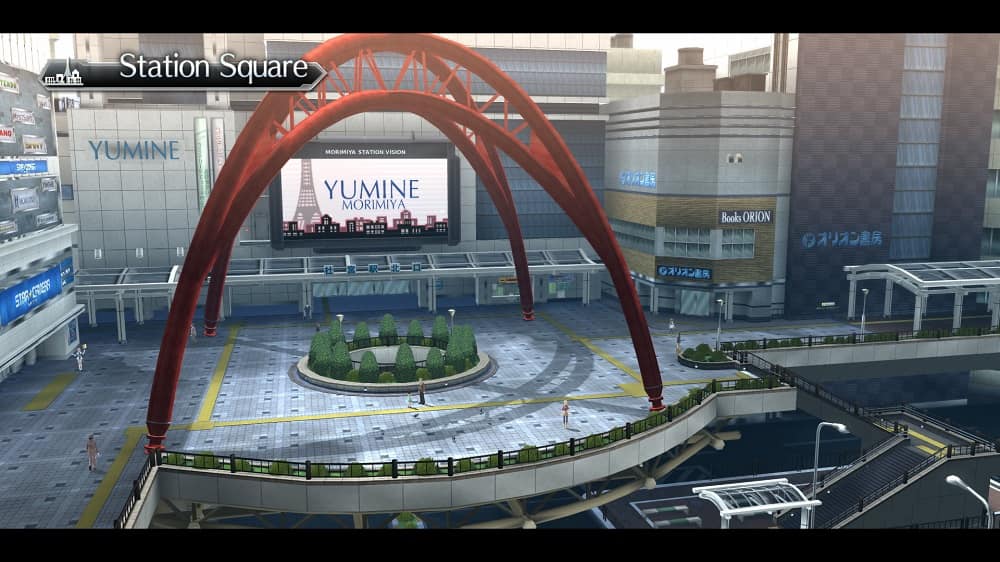 The game begins as the main protagonist Kou Tokisaka leaves his after-school job for the night. On his way home, he runs into a fellow classmate being bullied and, before he has a chance to help out, he gets transported to a strange world known as the Eclipse. As Kou witnesses the mysterious Eclipse world first-hand, filled with monsters dubbed “Greed”, he gets tangled up in the effort to fight back outbreaks of the Eclipse that threaten the real world. Stop me if you’ve this is all sounding a little familiar.

Tokyo Xanadu eX+ may not have the most original plot, but that doesn’t mean it isn’t an interesting one. Falcom obviously took some inspirations from other popular JRPGs like the Persona series in it’s dichotomous dual world setup, but the comparison is mostly superficial. Once you spend enough time immersing yourself in the world of the Eclipse, Tokyo Xanadu clearly begins to touch on different subjects than their Atlus-developed contemporaries.

Yet for all of the plot’s twists and turns, of which there are many, the real focus of the game is on its characters. Besides Kou, who doesn’t seem to change much throughout the game, most of Tokyo Xanadu eX+’s eccentric cast go through quite the overhaul throughout the tens of hours spent in the game. When not exploring and fighting in the Eclipse, players spend time in the real world talking to friends, exploring the city, and doing various activities. 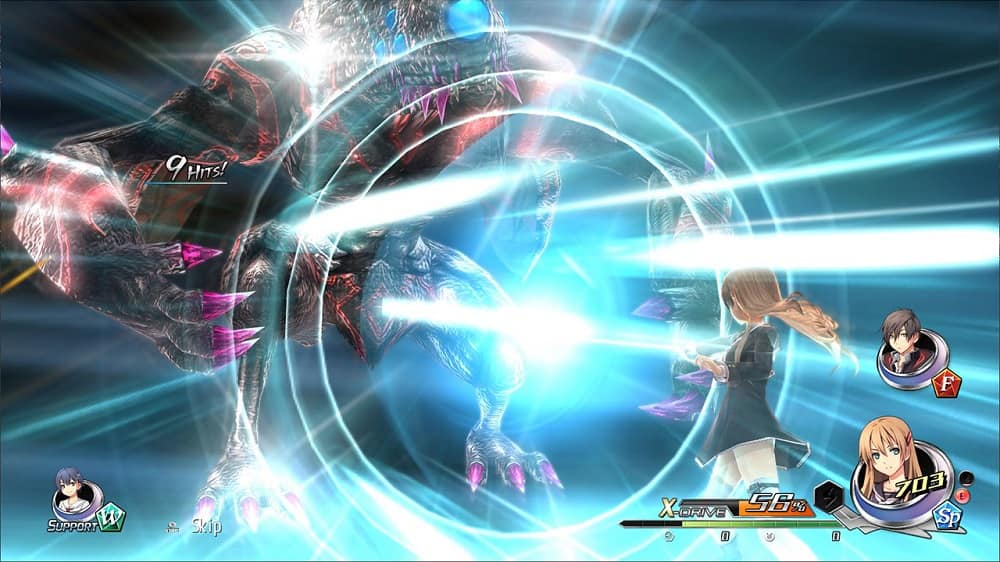 The amount of side-content is impressive and can at times steal the show from the main story. However, Tokyo Xanadu forces you to choose what you spend your time doing wisely, implementing a time management system. It can be difficult juggling it all at once and I often found myself more concerned with getting back to side quests and random activities rather than accomplishing main objectives.

Of course, while you’ll be spending a lot of time doing side activities, you’ll be spending even more fighting enemies in the Eclipse. Utilizing an action-based combat system, Tokyo Xanadu puts a heavy emphasis on swapping characters and elements, letting you improvise to deal as much damage as quickly as possible. It’s not as smooth as other, bigger budgeted RPGs, but for a PS Vita re-release, Tokyo Xanadu eX+ is surprisingly responsive. Since the game is action-based, dungeons also have a much better sense of momentum than other titles, sometimes being over faster than you may expect.

While fighting in dungeons can be a lot of fun, exploring them can often be a bit of a chore. Most dungeons don’t have much variety, utilizing one template of repeating textures and patterns. With long hallways and winding corridors that look nearly identical to one another, dungeons can become repetitive quickly. 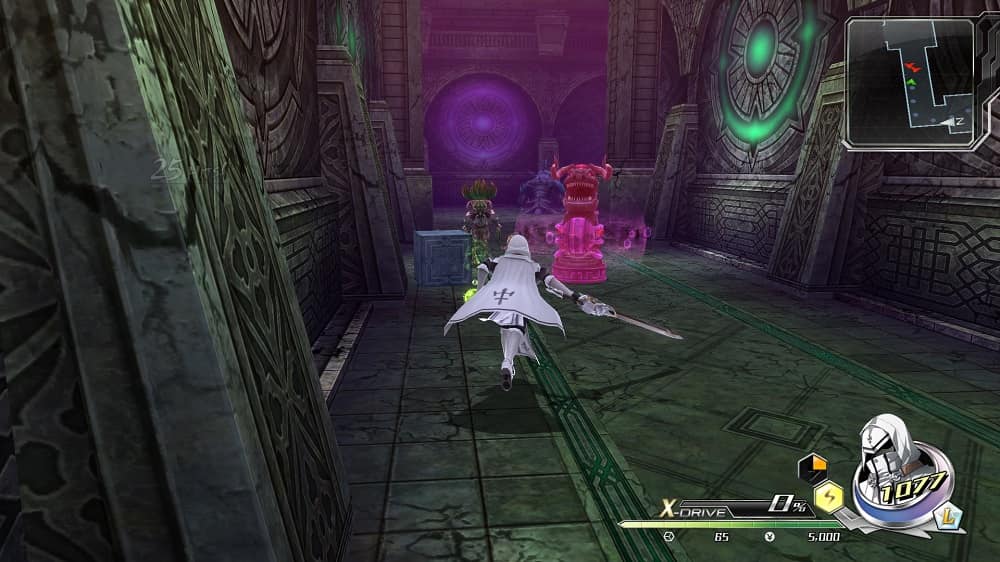 A few puzzles help alleviate these aspects, but they more or less just artificially pad your playtime. Since I found myself enjoying running around in the real world so much more than the Eclipse, I wished there was an easier way to run through dungeons. However, each dungeon forces you to dispatch all of the enemies in a room before you’re able to progress, which can make some sessions feel like you’re trapped playing the game for the long-haul.

Overall, Tokyo Xanadu eX+ is incredibly satisfying. With so many Persona-clones these days, Xanadu impressively nails it. Thanks to the game’s strong focus on characters, I fell in love with the cast like I was watching a season of a great anime. With a great soundtrack that had me tapping my foot along for hours and the substantial amount of content included, there’s enough here to justify a purchase for any JRPG fan – whether you’ve played Tokyo Xanadu already or not.

While there can be quite a bit of hand-holding, which may turn off more hardcore fans of the genre, Tokyo Xanadu eX+ offers a great respite from other, bigger holiday releases. If you’ve got some time this holiday to sit down with a meaty JRPG, this one might just be the one for you.