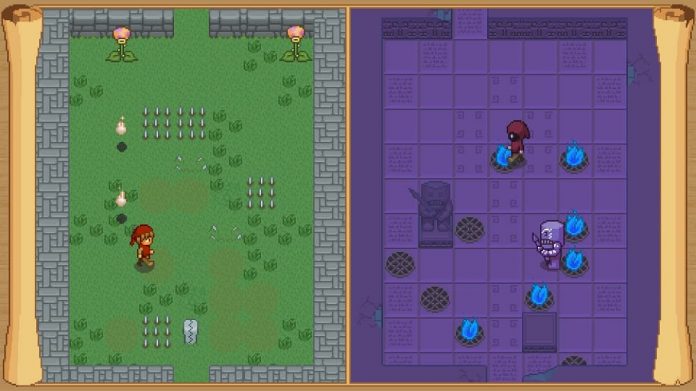 If there’s one rule I try to live my life by it’s don’t mess with things you don’t understand. Unfortunately that doesn’t seem to be a rule that Hero from Fearful Symmetry & The Cursed Prince pays heed to.

You see, on his adventures, Hero has come across some legendary Symmetry Scrolls. There are legends about their power but Hero dismisses them, pocketing them in the hope that they are valuable. Though he may soon regret his choice.

The Symmetry Scrolls at the centre of Fearful Symmetry & The Cursed Prince‘s premise hint at the game’s unique twist. That is, with the screen split vertically in two, the actions you perform on the left hand side of the screen are mirrored yet also horizontally flipped on the right. 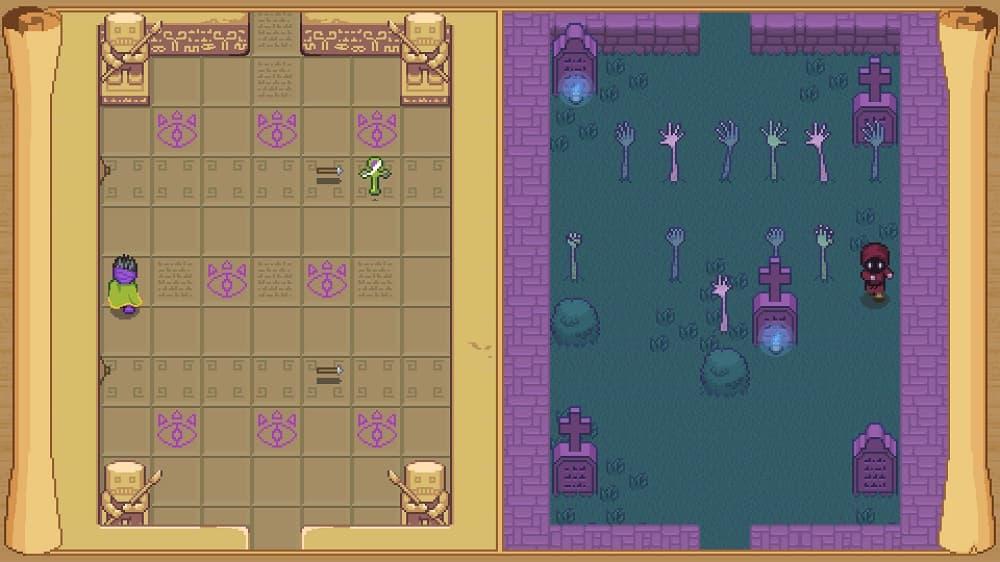 With each of your characters starting at the bottom and top of their respective screens, moving the character on the left hand side of the screen up, for example, makes the one on the right move down. Move love left and the other will move right; you get the gist. The tricky part is that the levels themselves aren’t symmetrical, however; each side of the screen has its own combinations of traps, obstacles and enemies for you to negotiate to be able to reach the exit point. Trust me, it’s as brain-teasing as it sounds.

Due to the nature of Fearful Symmetry & The Cursed Prince‘s hazards and its mind-bending twist, its puzzles are largely solved by trial and error. You’ll plough though the initial 19 levels laid before you through the power of memorisation and perseverance, attempting levels time and time again while testing new routes and approaches. The repetitive audio and uninspiring visuals won’t keep you glued to the screen during this time but the urge to push on and overcome each challenge will. 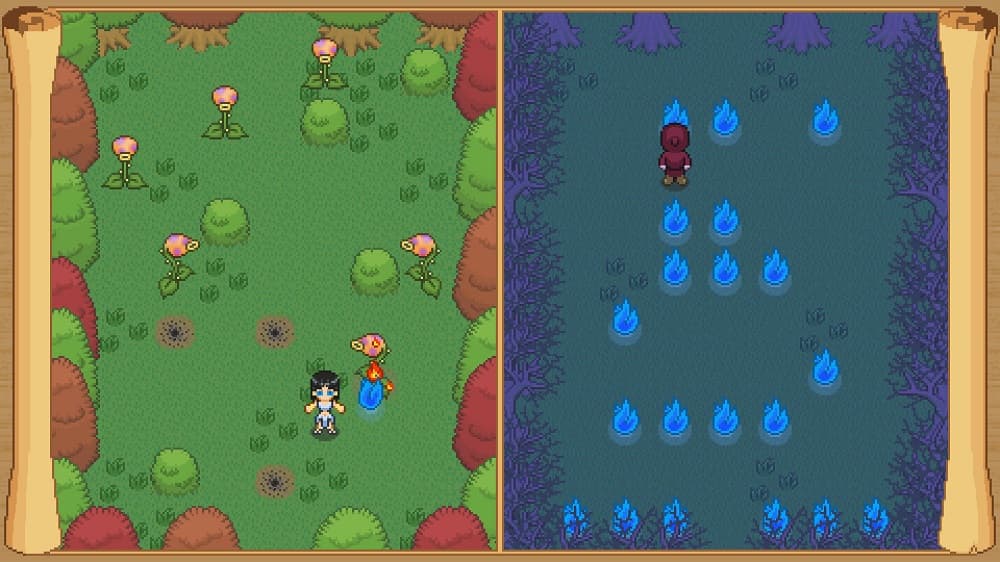 Along the way, completionists will also aim to collect the ankhs that litter most levels. Collect enough and you’ll unlock a bonus level or two, which in turn will allow you to unlock another character to play through the game as and collect even more ankhs. There’s even a third character for those with a keen eye to discover, though she’s perhaps a little too well-hidden, with the game never even hinting as to how to unlock her.

Each of the additional characters has their own unique skill and traits to bring to the table. Haim, for example, can warp forward to avoid enemies and obstacles, while Nulan can burn enemies and shrubbery around her while also stepping so lightly that she doesn’t trigger bear traps or pot holes. Their skills add more complexity to the gameplay, though unfortunately many of the levels don’t differ too much when you repeat them.

A handful of levels do prove to be much more taxing on the brain the second or third time around, however, and in the moments where you feel well and truly stuck you’ll probably rue the game for its lack of some sort of hint system. There’s not even that much help out there on the internet, either. 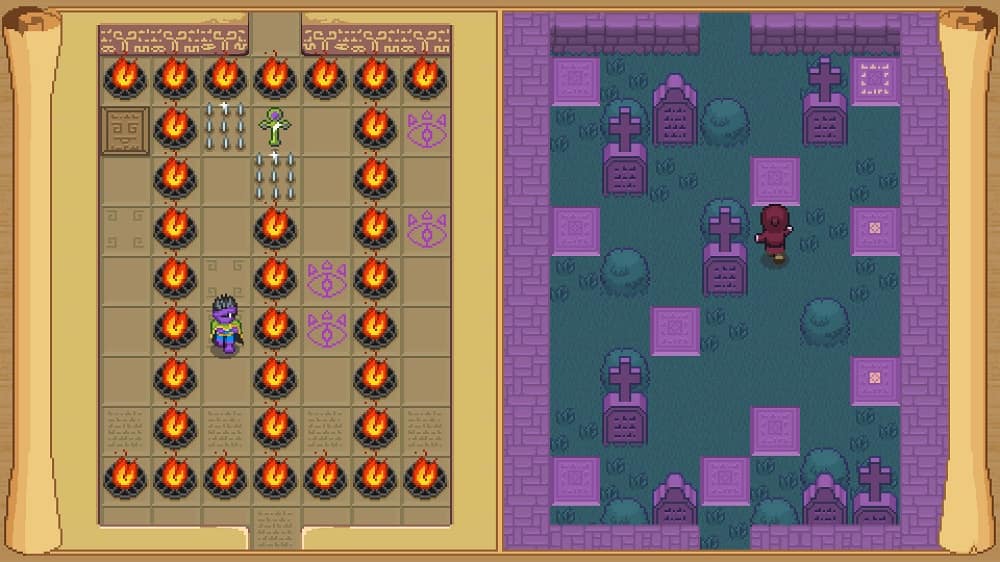 With a handful of levels remaining unlocked until you’ve played through all 19 levels with each of the three characters, there’s at least 5 hours gameplay in Fearful Symmetry & The Cursed Prince for those with with their heads screwed on right and many more for those of us who sometimes can’t see through the forest for the tress.

Fearful Symmetry & The Cursed Prince might not impress with its presentation, but its puzzles are devilishly moreish, keeping you going back for one last try until the early hours of the morning. And once you’ve overcome one troublesome level you’ll move feverishly onto the next. Unfortunately once they’re all done there’s nothing to go back for, but given its sub-£10/$10 price, you’ll have had your money’s worth of entertainment. It isn’t an essential game by any means, then, but for puzzle fans Fearful Symmetry & The Cursed Prince is well worth checking out.

Fearful Symmetry & The Cursed Prince is available on PlayStation 4, Xbox One and PC. We reviewed the Xbox One version.